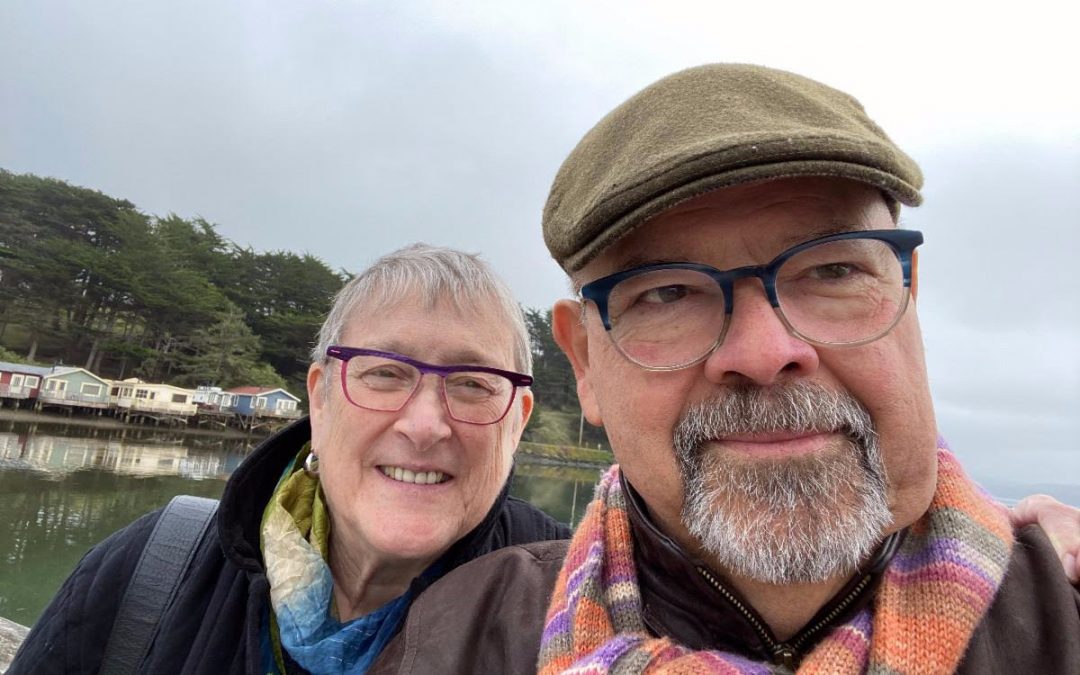 John Maounis, with his beloved wife Margaret Bursaw, early this year at Tomales Bay in California.

All remembrances are personal. So this is mine.

My window on John’s life spans fourteen years, from the origins of our unexpected friendship to just two weeks ago as we texted back and forth about our Thanksgiving meal plans, his in California and mine in Maryland.

John’s Chesapeake journey began in early 2007, at a time of unlooked for change on both John’s and my parts. But he jumped in deep, and over the years until his retirement in 2013 he made an enormous impact.

What changed through John’s doing?

The moment he walked in the door, John was faced with standing up the Captain John Smith Chesapeake National Historic Trail, the legislation having just passed. The trail management plan he shepherded is a testament to his vision, and the many collaborators he engaged. Perhaps like the Appalachian Trail, the Chesapeake Trail’s full impact may not be seen for decades to come, but John opened the doors for tangible change. He helped advance the concept of Indigenous Cultural Landscapes. He enabled the first steps that would lead to permanent protection of Werowocomoco in 2016.

In the midst of this, other major initiatives dropped into John’s orbit. He and the NPS Chesapeake Office simultaneously took on management planning and implementation of the Star-Spangled Banner National Historic Trail, with an urgency driven by the War of 1812 bicentennial.

The 2009 Chesapeake Bay Executive Order added even more, with NPS Chesapeake taking on the assignments for coordinating land conservation and public access. It was John who convened the first gathering of what would later become the Chesapeake Conservation Partnership, bringing more than fifty conservationists together in July 2009 to develop recommendations on how to advance land conservation and public access. The subsequent report set the agenda for the next several years and laid out the goal to protect an additional 2 million acres by 2025. Part of that agenda was conserving landscapes through NPS partnership areas. Putting that into direct effect, John was part of a small and pivotal NPS leadership team that worked to bring about the Harriet Tubman Underground Railroad National Monument in 2013.

John didn’t do this alone, of course, and he would be the first to say that. He built NPS Chesapeake from a relative shoestring operation to a real office. He moved the team from cubicles in multiple buildings in other agencies’ space — with the only place for quick private meetings being a tiny lunchroom — to a fully equipped facility capable of supporting innovative work. John hired talented staff, bringing some out of retirement from state agencies, and others who have since gone on to make change for the good in Baltimore, Virginia, Oregon, and Colorado.

John also brought me back into the NPS Chesapeake Office in 2010. It led to a level of mutual respect, deep collaboration, and true friendship that perhaps neither of us anticipated. I am forever grateful for this. Sometimes — often times — it takes someone with vision to enable things to happen. John was that way. Without him, for example, I doubt there would be a Chesapeake Conservation Partnership today.

John and I have been in touch regularly since his retirement seven years ago, whether visiting in Baltimore or Annapolis or talking by phone or text since he and Margaret moved to California. He sent the photo at the top of this post on a day the two went out to another bay — Tamales Bay — back in January of this year. Margaret had oysters, which John shared vicariously as he could no longer eat them. But John loved oysters and other fine foods. And good wine. So, each of us who knew John, or who were influenced by him in some way … the next time you eat an oyster or drink some wine, tip your shell or your glass to a good man and a great friend of the Chesapeake watershed. 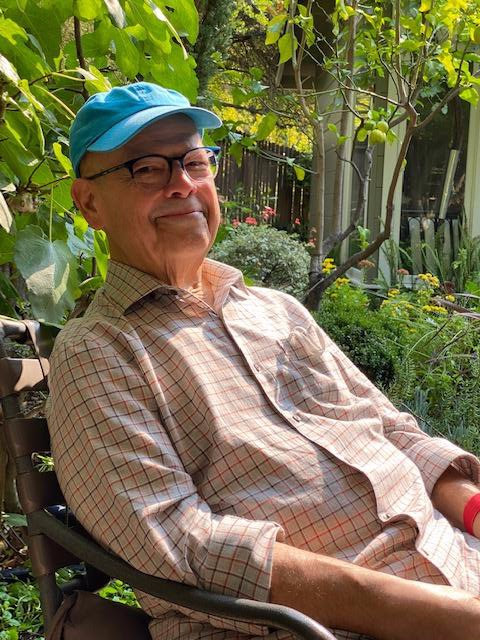