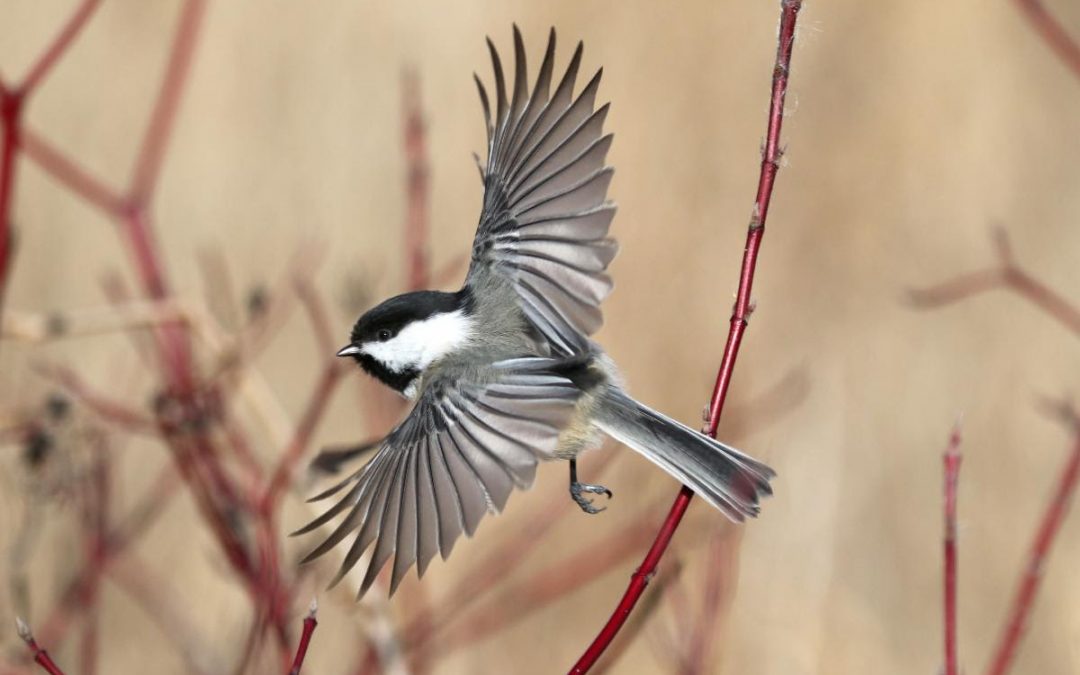 How many birds are killed by vehicles along a single stretch of rural highway?
(Photos: above — Janet Griffin/Shutterstock; below — Jay Falstad)

From time to time, these updates share information that may not be the best of news, but does shed light on the importance of our collective efforts to conserve the natural and cultural values of the Chesapeake watershed. This is one of those weeks.

A Lightning Update last spring addressed human impacts to wildlife and some of the efforts to address them.

This past weekend, Jay Falstad, Executive Director of the Queen Anne’s Conservation Association (Maryland), and a Master Naturalist, conducted an informal study to illustrate one aspect of the magnitude of the problem.

During winter months, birds have a more difficult time finding food. When snow or ice is added to the equation, that difficulty is increased substantially — and if you drive along any roadway after a snow storm, even a mild one, you’ll see birds in the shoulder area of plowed roads, especially where the plow has scraped up the ground, foraging for any tidbit of food they might find.

I’ve noticed birds feeding along roadways over the years, especially after snow events, and through this observation, I’ve also noticed a high number of birds that have been the apparent victim of vehicle strikes. I’ve unfortunately hit a few myself – not deliberately of course.

The other day, I was driving down Rt. 301, going my usual 65 mph and the car in front of me hit at least four birds that I could see. Like other times throughout the years when snow is on the ground, I’ve witnessed plenty of dead birds along the way and I’ve always wondered what the real impact to birds might be once cars and snow are added to the mix. 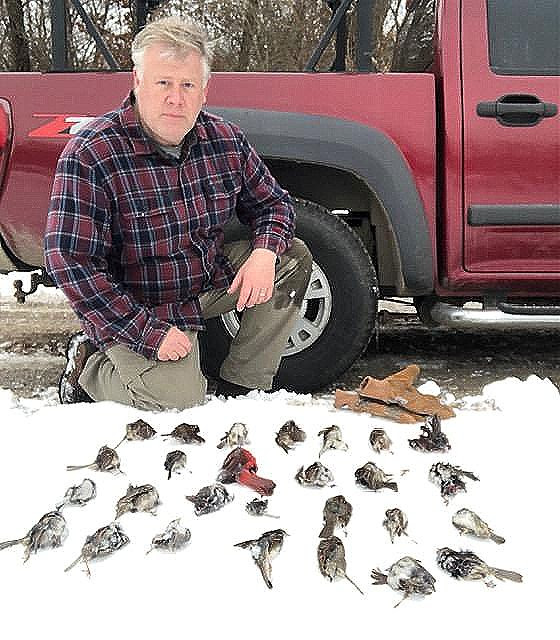 Yesterday afternoon [2/14/2021], I conducted an informal experiment to satisfy that question. I traveled on Rt. 301 in Queen Anne’s County between mile markers 108 and 109 – a one mile stretch of rural highway that has a mix of woods and grasslands along the shoulder. I collected every whole bird carcass visible along the paved shoulder. I did not look in ditches or spend any time scanning the grassy or brush areas beyond the pavement.

The image here tells the tale. I only collected the carcasses that were in decent shape. There were numerous other dead ones that were too mangled to want to pick up. In total, I counted 44 dead birds within that one mile – 27 are pictured here, but I’m sure the actual number is much higher. Most of the specimens I found were White Throated Sparrows, but I also collected a Chickadee and a male Cardinal. Most of them seemed like fresh kills. Three Horned Larks, a Red Tail Hawk, and a Screech Owl were too damaged to be collected.

Keep in mind, through this ‘experiment’ I’m only traveling on one side of the road, and going in a northbound direction and only one mile, so the center grassy median or the southbound lanes presumably have a high number of birds as well. 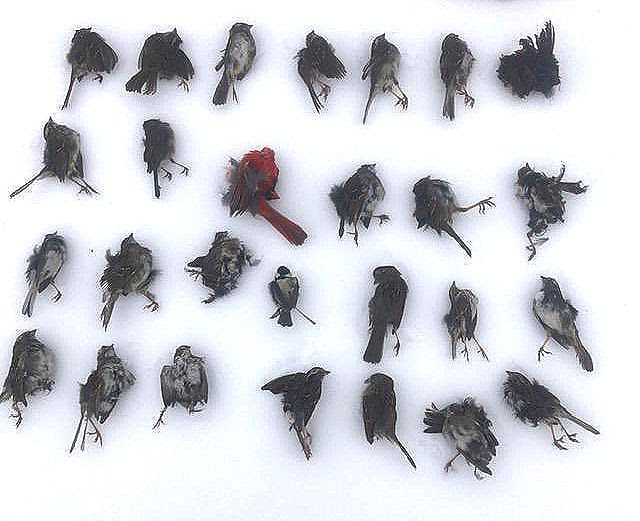 As I attempted to do the math in my head, multiplying the number of birds that I’d found within the one mile that I observed, multiplying it by the number of miles of 301 from the Delaware line to Queenstown (28 miles), and then multiplying that number by 2 in order to include both the northbound and southbound roadways, (Eq. 44 x 28 x 2 = 2,464), it represents a very high number of dead birds – 2,464 birds lost on one small stretch of highway due to vehicle strikes, and I believe I’m being very conservative in the estimate.

Here’s another observation. Because birds are undernourished during the winter months, they’re not as strong either. A car traveling at 70 mph has a much greater probability of striking malnourished birds than a car going 55. And if you go 50 mph, birds feeding along the road have a higher probability of escaping a vehicle strike. I tested this theory, and slowing down just a little bit gives a bird a much greater chance of avoiding a speeding car.

I share this not to upset anyone, but to bring attention to the matter … and to urge drivers that are driving along rural highways and backroads to slow down just a little. Letting off the gas just a little can help wildlife in a major way.

[Note: all specimens have been returned to the woods and I am not in possession of any birds].

We did a quick calculation of the number of miles of primary roads in the Chesapeake watershed (roads that are generally divided, limited-access highways within the interstate highway system or under State management, and are distinguished by the presence of interchanges). The total is a whopping 8,134 miles. Multiple that number by 2 for the two separate directions and then by Jay’s observation of 44 dead birds per mile and you get over 700,000 potential bird kills.

Now, not all roads are equal in terms of bird presence, so you can’t extrapolate this to everywhere. But this, does gives a picture of the magnitude of how our transportation corridors impact wildlife and their movements. And of course, that doesn’t include a lot: kills of non-bird species, impacts from other structures like buildings, much higher mileage of non-primary roads, etc. Further, Jay’s observations are based on one narrow time period during a 365 day year. The overall potential scope of wildlife kills is truly staggering.

Clearly, we’ve got some work to do to create a more sustainable landscape.

Miles of Primary Roads in the Chesapeake Watershed