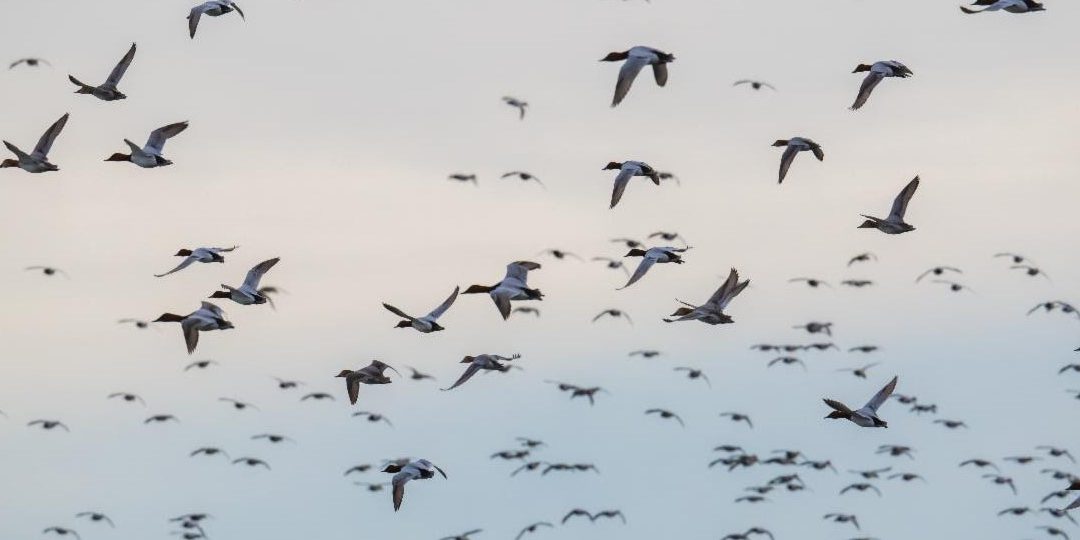 Canvasback ducks afllight in the Chesapeake watershed, just a few weeks before they all head north to breed.
(All images in this Lightning Update: Clandestine Wren Photography)

In the face of concerning and constant news about Covid-19, the daily routine, or in our case, Lightning Update’s weekly routine, seems a bit off kilter. We have more good land conservation news lined up, but it feels like we should take a moment for something different. Something restorative.

So let’s check out some recent photographs of some the Chesapeake’s most gorgeous residents before they all head to the northern US and Canada to breed. Take a minute to reflect in their glory — as they are one of the many reasons we all work to conserve the Chesapeake watershed. 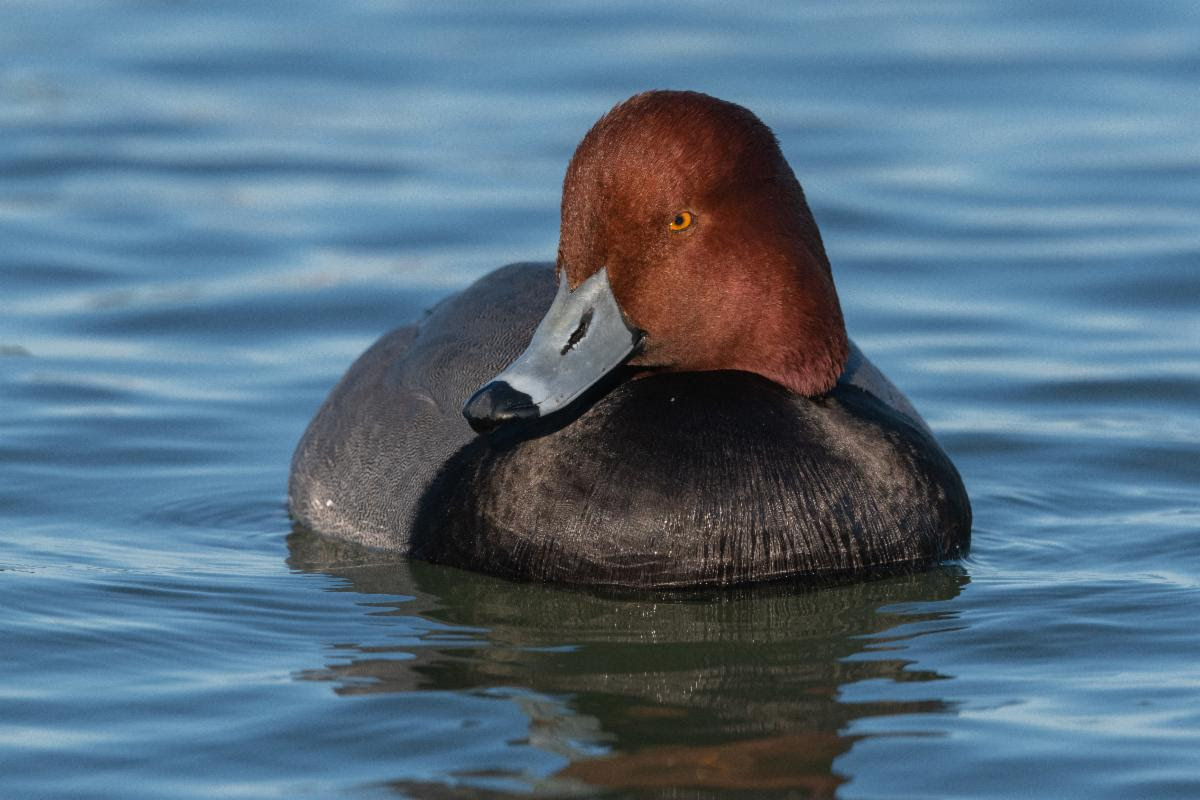 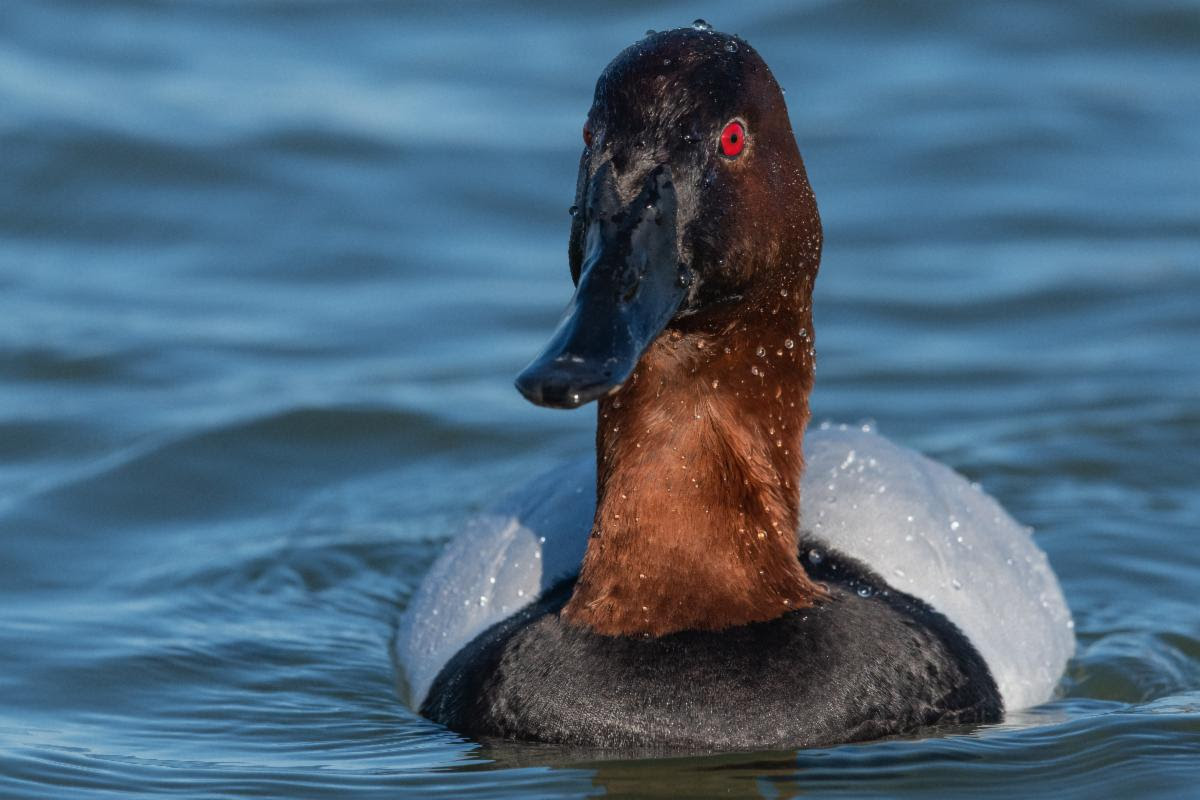 A stunning Canvasback. Look at that carmine eye! 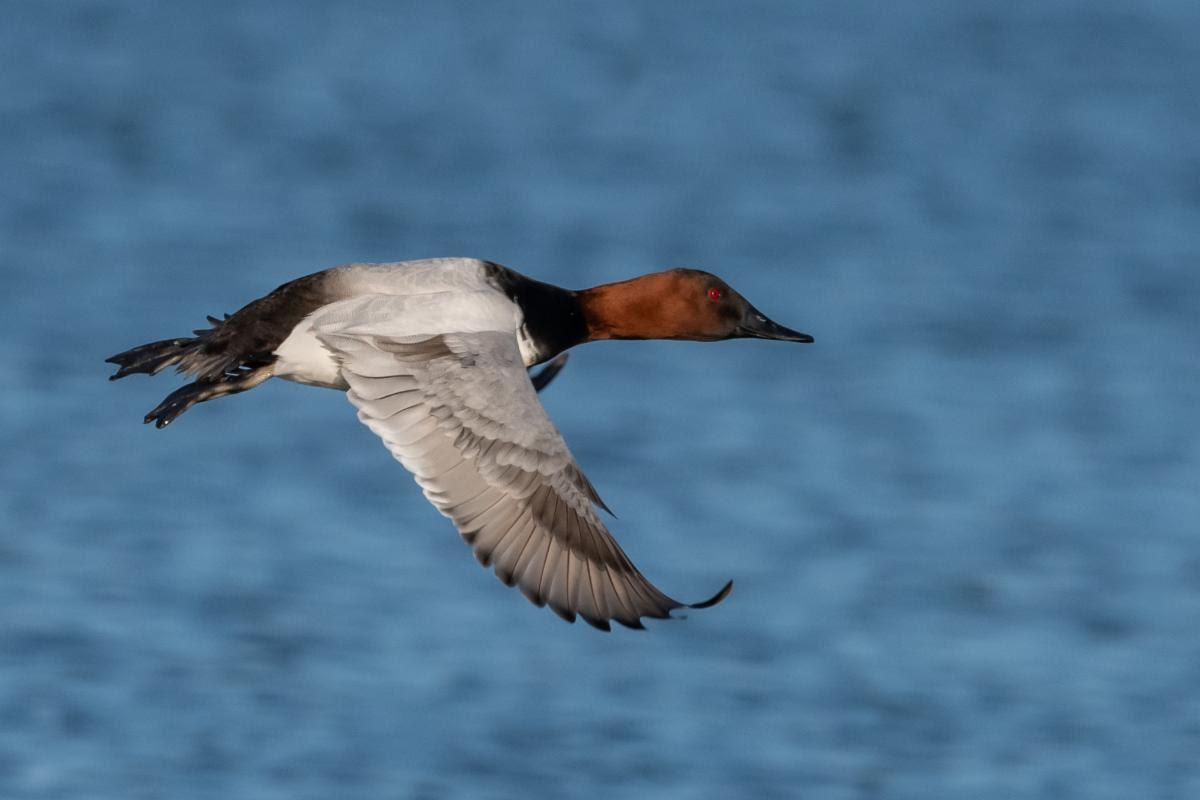 Another Canvasback heading in for a landing.

These photos are from just a couple of weeks ago at a remarkable spot along the Choptank River on the Eastern Shore in Cambridge, Maryland.

As northern waters freeze, migratory ducks, geese and swans head to the Chesapeake each November and remain until sometime in March. An unusually warm winter — or perhaps the new usual — may be one reason fewer waterfowl were found in the Chesapeake this winter. In January, aerial survey teams counted 627,000 waterfowl in Maryland along the Chesapeake Bay, Potomac River, and Atlantic coast shorelines, lower than the five year average of 738,000 birds.

Work to restore submerged aquatic vegetation (SAV) or bay grasses supports a crucial winter food source for many migratory ducks. And the good news is that SAV has been increasing since 2012 toward a goal of 130,000 acres of grasses by 2025. 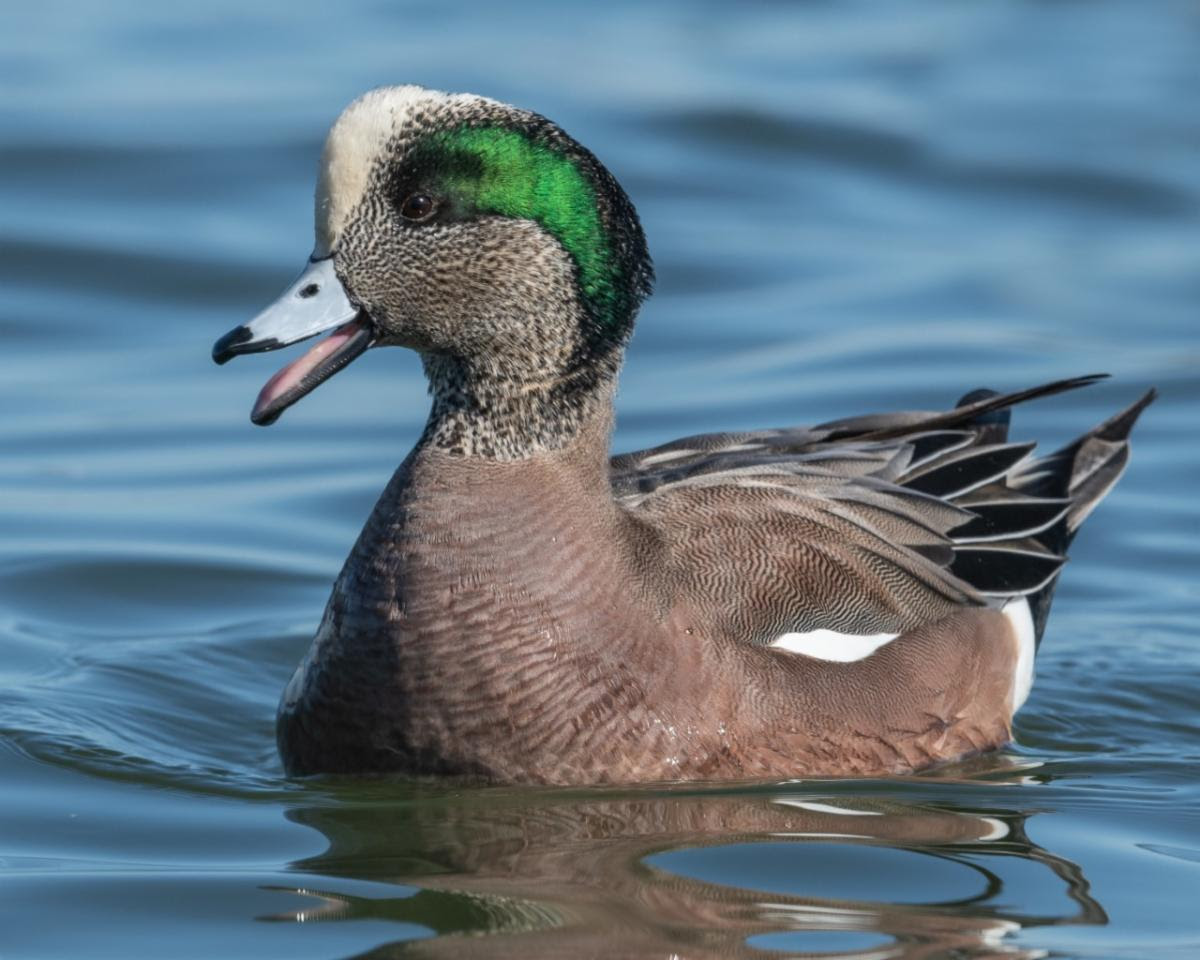 How about this gorgeous American Wigeon! 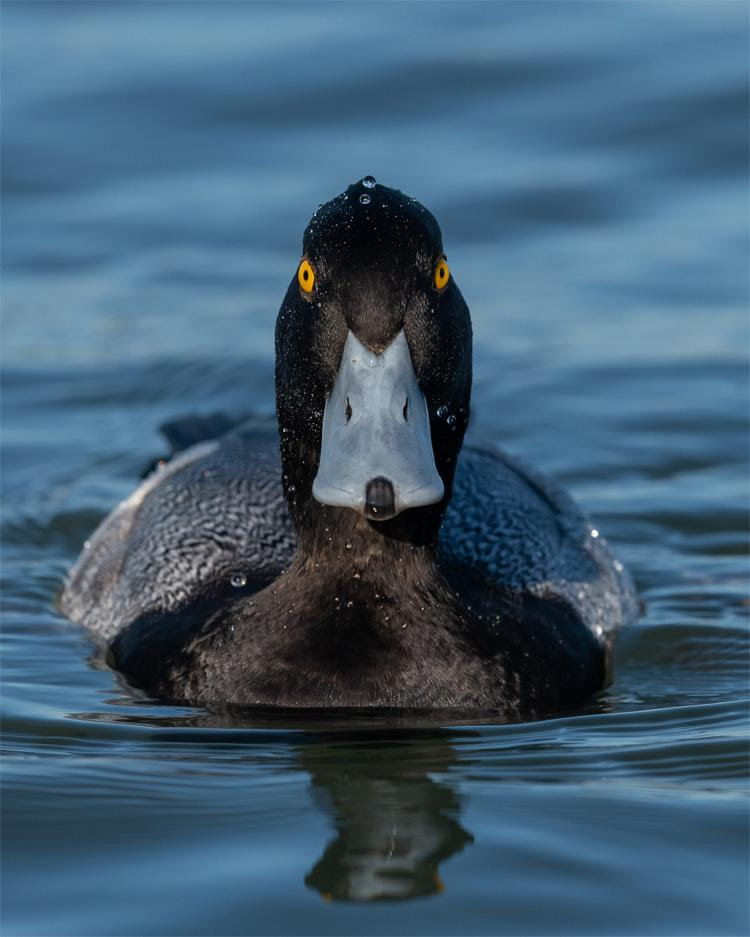 North American waterfowl were deeply threatened by the 1970s, largely due to habitat loss. Thanks to a concerted conservation effort, populations have since increased by 56% over the past fifty years. It is a remarkable sign of what can be done. Much of this was through land conservation, including wintering refuges and summer breeding grounds — like the 2,614 acres protected at the Chesapeake’s own Blackwater National Wildlife Refuge in 2019.

Hunters have been among the biggest contributors to conservation through buying Duck Stamps. To date, Duck Stamps have raised over $850 million and financed protection of over 6.5 million acres of wildfowl habitat! Here’s a great story on the history of Duck Stamps. 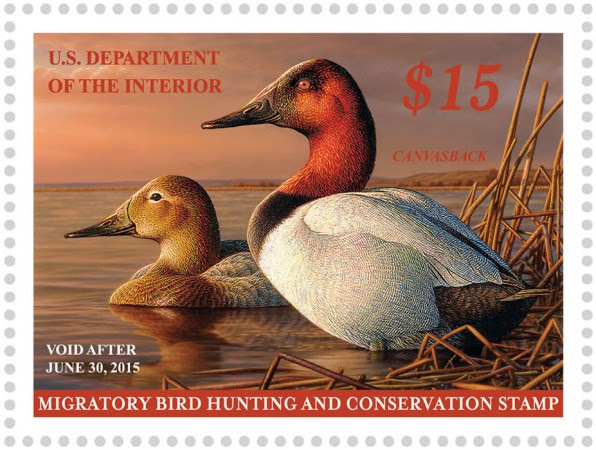 But Duck Stamps are not just for hunters! And with active wildfowl hunter numbers declining (just under one million nationwide), it’s important for more non-hunters to buy Duck Stamps. Like the estimated 45 million birdwatchers, plus photographers, recreationists, artists, small business owners, and outdoor wildlife enthusiasts.

So here’s something constructive we can all do while practicing social distancing. Go online and buy a Duck Stamp. And do it again when the new Duck Stamp comes out later this year. Almost all (98%) of your $25 purchase will go to conservation. 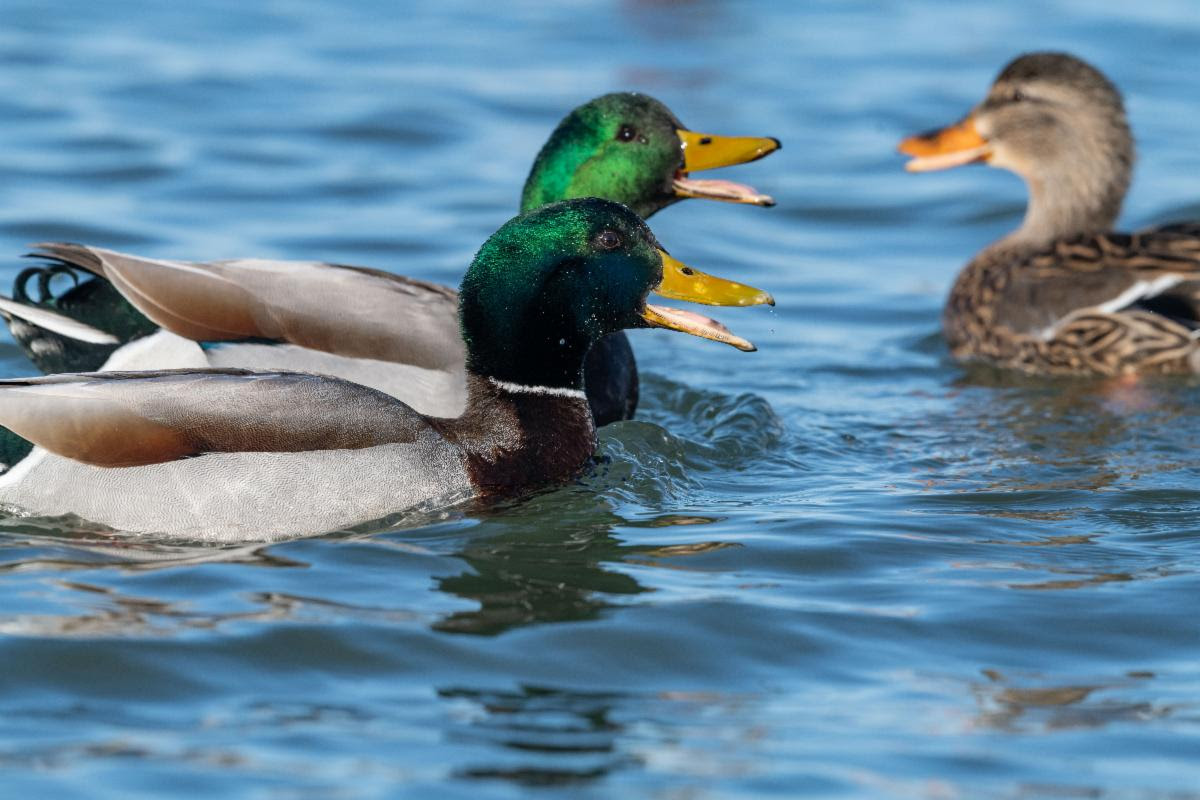