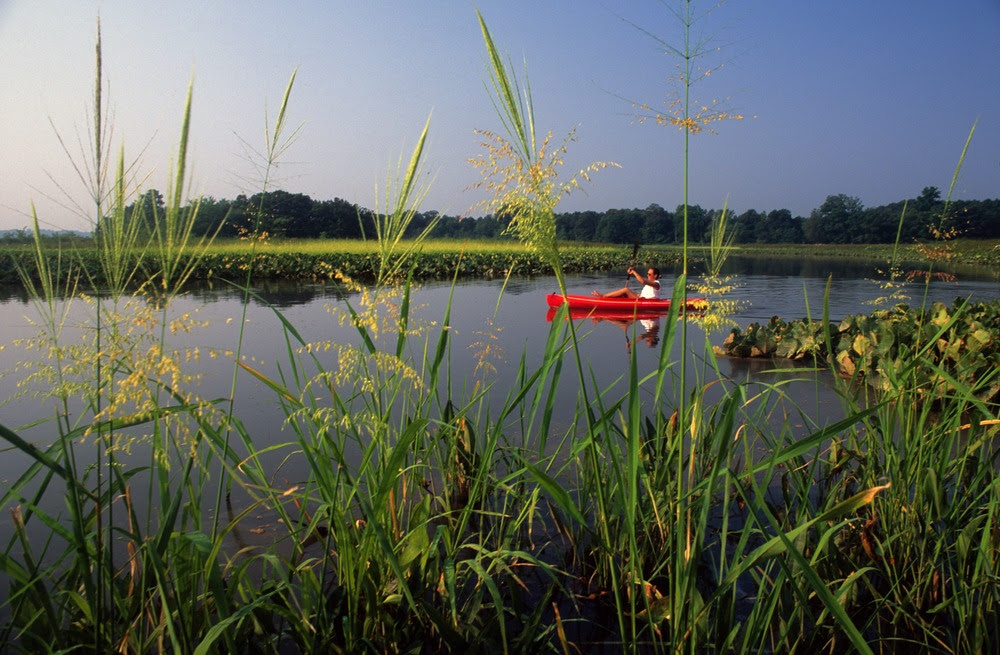 The Chesapeake Bay is considered one of the last significant coastal landscapes in the United States yet to gain national recognition. The idea to honor and celebrate the Chesapeake Bay as a unit of the National Park System has been proposed, studied, advocated and considered for over 35 years.

The long-held vision took a notable step forward when Senator Chris Van Hollen (D-MD) and Representative John Sarbanes (D-MD-3) held a press conference on November 14, 2022 with local leaders and stakeholders to announce a proposal to establish a Chesapeake National Recreation Area (CNRA). Prior to introducing a bill in the House and Senate, the two legislators released a “discussion draft” of the CNRA legislation and are seeking public comments on the proposal through February 12, 2023.

View a recording of the CNRA press event, here.

The release of a discussion draft is an important opportunity for the public, CCP members and partners to review the proposal and help guide the CNRA legislation.

Although the National Park Service (NPS) provided formal drafting services at the request of Senator Van Hollen, during this phase it is the policy of the NPS to not comment on pending legislation until a bill is introduced in Congress and the agency is asked to testify.

To provide an overview of the proposal, the following passage is a reprint of the Fact Sheet posted on the CNRA discussion draft website linked above:

The discussion draft legislation was developed through collaboration with a broad range of stakeholders represented on the working group that Senator Van Hollen and Congressman Sarbanes convened last year. The Chesapeake National Recreation Area would utilize a collection of partnerships with states, localities, and private entities with the intent of highlighting the landscape and national significance of the Chesapeake Bay. This would deliver more federal resources to the watershed region, celebrate its diverse cultural and economic history, conserve the Bay’s environment, and foster public access to this national treasure while also spurring economic growth.

The CNRA will increase diverse public access to the Chesapeake Bay and strengthen the culture of stewardship across the region. Additionally, the CNRA will highlight the stories that often go untold – those of Indigenous peoples; free and enslaved Blacks; the role the Bay played in the earliest days of the Maryland and Virginia Colonies; the key part the Bay has played, and continues to play, in the region’s economy; and the story of watermen and -women who are essential to the economic success and health of the Bay region. Everyone who resides in the watershed has an important role in Bay conservation and culture. 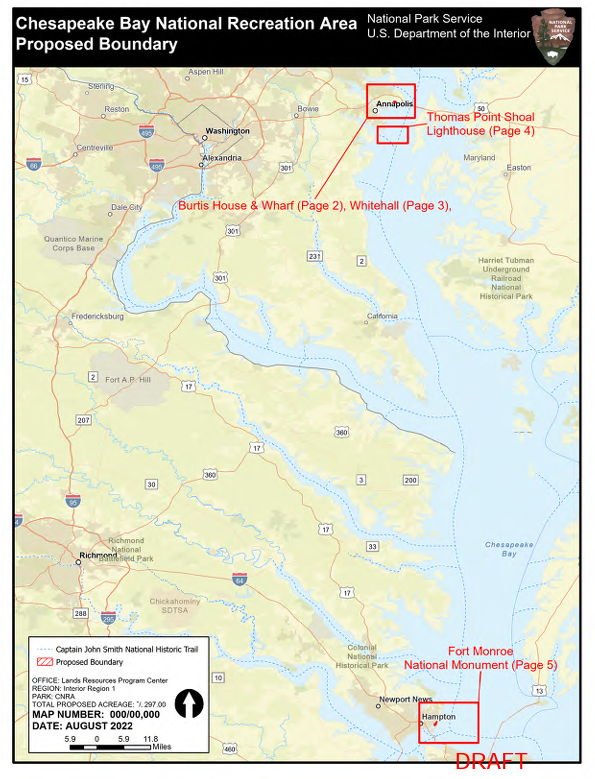 Through this draft legislation:

This draft legislation explicitly would not:

A Brief History of the CNRA:

The concept of the Chesapeake National Recreation Area has been discussed as far back as the 1980s, spurred by an op-ed in the Capital Gazette and work by Anne Arundel County Executive Jim Lighthizer and later followed in the 1990s by the efforts of Senator Paul Sarbanes. Driven by Senator Sarbanes, in 2004, the National Park Service (NPS) released a special resource study which found that the Chesapeake Bay is “unquestionably nationally significant and a major part of the nation’s heritage.” Shortly after Senator Van Hollen’s election to the Senate, the Senator and Congressman John Sarbanes began discussing the possibility of a designated Chesapeake National Recreation Area. In 2019, the lawmakers began working on the effort, requesting drafting service from NPS to pursue a national recreation area designation for the Chesapeake Bay. The effort has garnered widespread bipartisan support, and in 2020, Maryland Governor Larry Hogan and Virginia Governor Ralph Northam shared their backing of the concept in letters to Congress. Senator Van Hollen and Congressman Sarbanes continued to pursue the effort, and in 2021, formally announced a working group to foster further discussion with stakeholders and community members on the project. In June 2022, the lawmakers released a set of guiding principles to serve as a foundation for the draft proposal. The release of the discussion draft for comment is the next significant milestone in this historic process.

Those interested in more closely reviewing and providing feedback can do so at vanhollen.senate.gov/CNRA

Members of the CNRA Working Group: