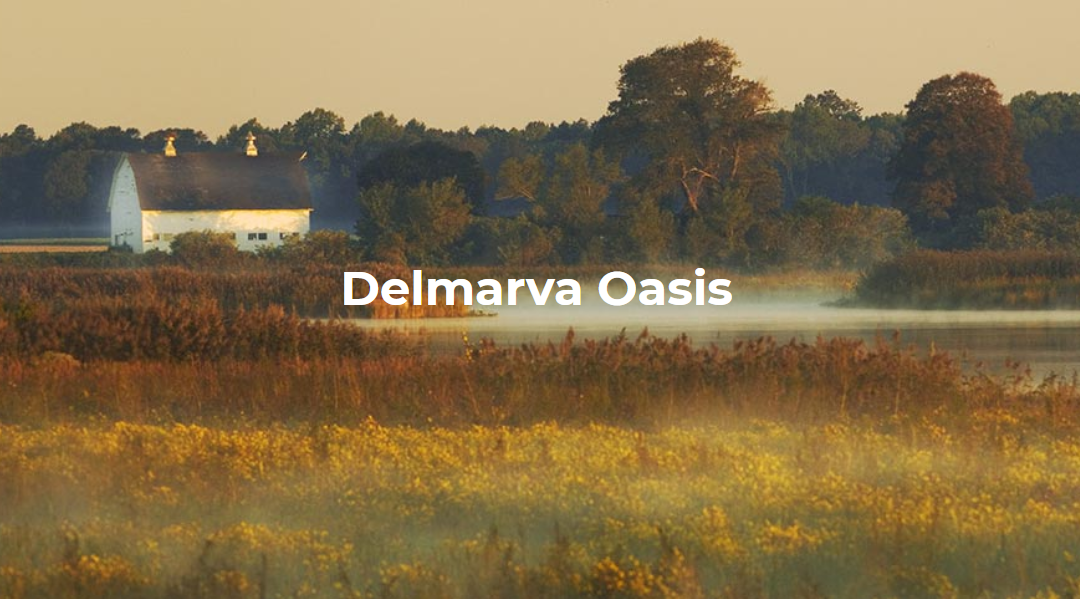 The Chesapeake watershed is composed of dozens of significant regional landscapes, many of them iconic and broadly known. The Delmarva peninsula is one of those, the rural and natural lands squeezed between the Chesapeake Bay and the Atlantic. Congressman Wayne Gilchrest once described Delmarva as “Carpeted with farms, stitched with forests, and buttoned with rural fishing villages ….”

Stimulated by a series of conservation conversations held in 2017, the Eastern Shore Land Conservancy (ESLC) is convening “Delmarva Oasis” — an initiative to protect fifty percent of the peninsula by 2030.

Rob Etgen, ESLC president, ticks off the rationale in a recent column: “Think about food. Delmarva includes the largest contiguous block of productive farmland on the East coast from Maine to the Carolinas. … The peninsula’s 1.6 million acres of farmland holds 6,500 farms — including 5,500 family-owned farms – yielding $3.5 billion in farm products a year. Even more importantly, Delmarva’s critical mass of connected, prime farmland is … within a fresh food overnight drive of roughly one-third of America’s appetites.

“Think about wildlife. Delmarva provides critical migratory and wintering habitat for vast numbers of waterfowl within the Atlantic flyway. … The Peninsula is also hemispherically important to raptor migrations.

“And think about fun on Delmarva. Boaters, hunters, anglers, cyclists and other outdoor enthusiasts spend up to $3.9 billion per year on Delmarva supporting 27,900 jobs. The annual value of commercial fishing in the Chesapeake Bay alone is $300 million, and the Delmarva Peninsula fishery leads the nation in total weight of catch. Delmarva’s 1.7 million acres of wetlands, 450,000 acres of forests, and 3.2 million acres of grassland, pasture and farm fields contribute over $15 billion in ecological benefits, supporting important regional industries that rely on fisheries and tourism.”