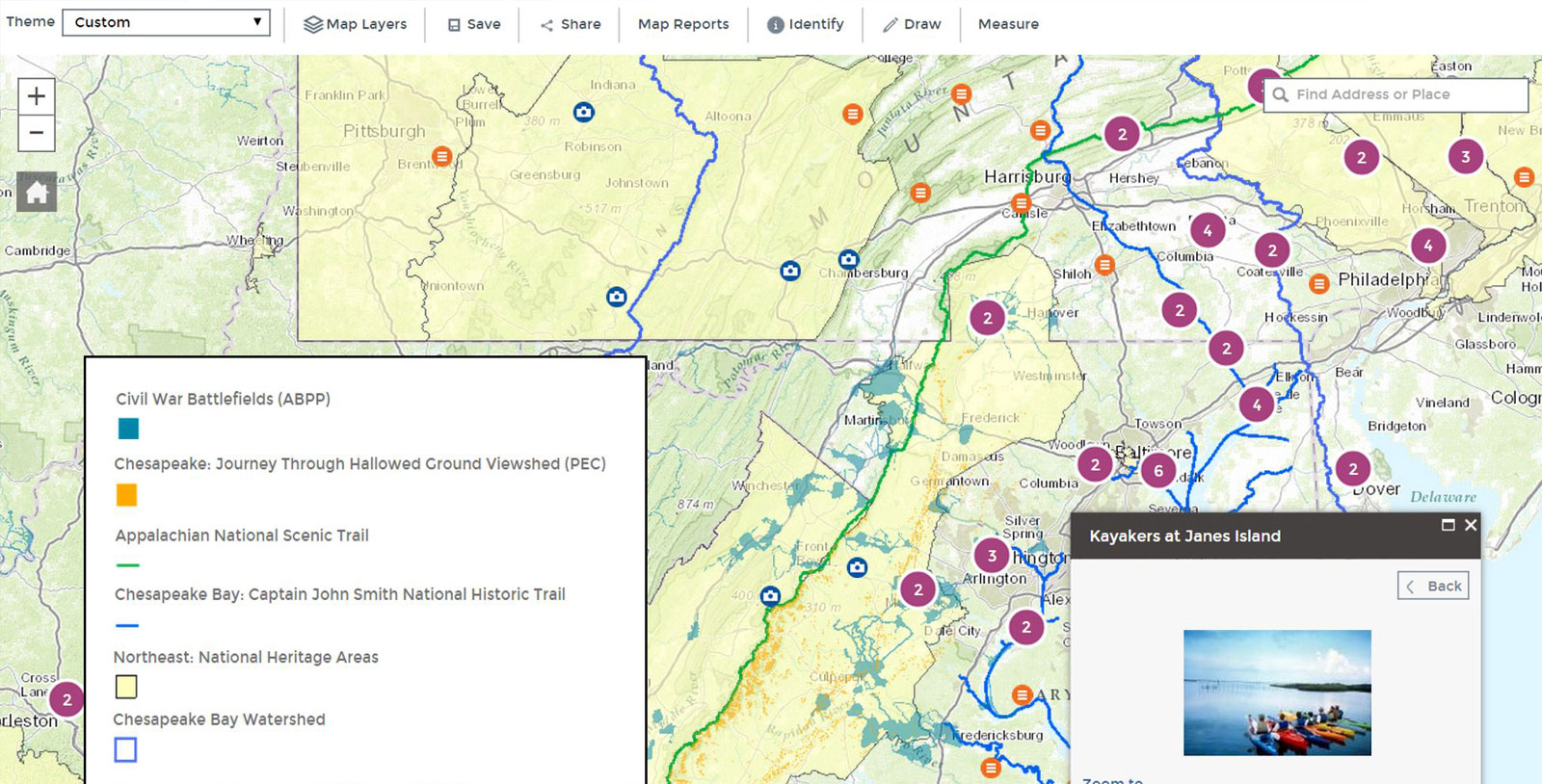 Users of the LandScope Chesapeake system will now enjoy a sleeker, faster, more modern user interface with a host of upgrades.   This free, publicly accessible web application enables decision-makers, practitioners, and citizens within the Chesapeake Bay watershed to work together toward shared land protection goals.

“We’ve rebuilt LandScope from the ground up to allow for faster map-drawing, more efficient data and multimedia publishing, and a more intuitive user interface—but most of all, to create an easier and better way for conservationists to make their most urgent decisions,” said Lori Scott, NatureServe’s Chief Information Officer.

Scott unveiled the new LandScope to the Chesapeake Conservation Partnership on October 3, 2014 in Shepherdstown, WV, where stakeholders gathered to shape the course of progress toward compliance with the Chesapeake Watershed Agreement reached this summer by Virginia, Maryland, Delaware, West Virginia, Pennsylvania, New York, and Washington D.C.

The agreement’s most ambitious goal: to protect an additional 2 million acres of land by 2025.

More than 70 conservation leaders from federal and state agencies and NGOs—including NatureServe, the Land Trust Alliance, Chesapeake Conservancy, The Conservation Fund, and The Nature Conservancy—were on hand Oct. 2-3 as the partnership took its first steps toward developing an overall management strategy for meeting the goals laid out in the new agreement.

LandScope, since the launch of its Chesapeake-focused platform in 2012, has been the shared GIS system in which members of the Partnership compile data and share updates on priorities and conservation efforts throughout the watershed.

This top-to-bottom overhaul of LandScope’s technical architecture presents users with a completely redesigned map viewer, as well as upgraded capabilities that improve the user experience in a variety of ways, including:

“With the new upgrades, LandScope will be an even better venue through which to identify those 2 million acres and track progress toward their protection,” Scott said. “LandScope’s users in the Chesapeake Bay—as well as across the country—have a lot to be excited about.”

Contact the LandScope Chesapeake Team at [email protected] if your organization has maps you would like to contribute to LandScope.