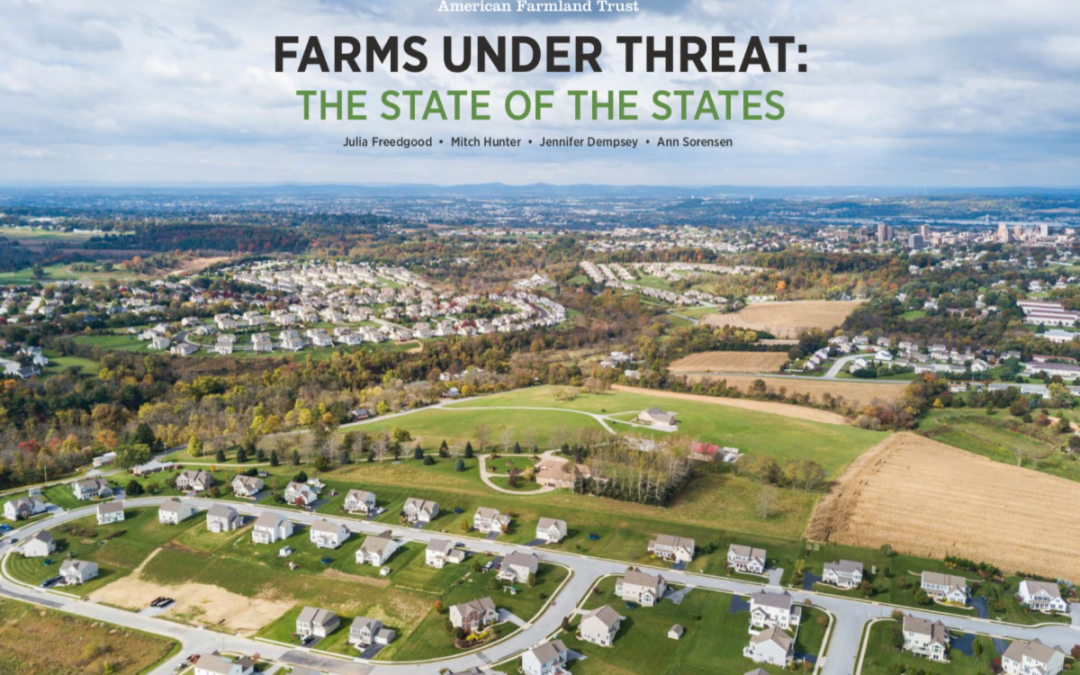 A 2020 report by the American Farmland Trust assesses farmland preservation policies by state and sets out a call to action to strengthen them. (All graphics: Farms Under Threat/AFT)

Recently Lightning Update explored implications of the pandemic on farming in part 1 and part 2 of a series. Today, we return to farmland conservation highlighting a 2020 national report on the subject.

Farms Under Threat: The State of the States, was issued by the American Farmland Trust (AFT) in May, so we’re a bit behind, but it’s an extensive piece of analysis and well worth a look.

Let’s start with a couple of positive highlights. First, here are two illustrations consistent with our recent series on the significance of the regional farm economy and trends toward direct to consumer sales: 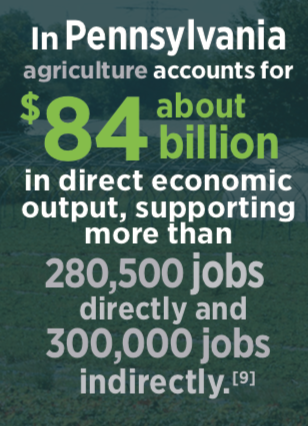 Second, three of the top four states in the nation with the best overall policy responses for farmland preservation are in the Chesapeake watershed — Delaware (#2), Maryland (#3), and Pennsylvania (#4).

The AFT report includes an Agricultural Land Protection (ALP) Scorecard, “a state-by-state analysis of policies and programs that address the loss of farmland to development.” It’s intended to inform decisions and legislative initiatives, especially at the state and federal level.

The scorecard is based on how states use or advance six key policies or programs, with the first two being weighted most heavily in ratings:

Notably, the report states finds the top 12 states with robust policy responses toward the coasts which have experienced development pressure for decades, and “the most robust response is concentrated between Maryland and Vermont where states [including DE, MD and PA] implement the nation’s most effective PACE programs.” Delaware, in particular, is profiled as running one of the strongest PACE programs in the country. Maryland is also profiled for its
Next Generation Farmland Acquisition Program, an “easement option purchase program designed to facilitate transferring farmland to a new generation of farmers.”

New York and Virginia are ranked just outside the top 12 at 13th and 14th, respectively, and West Virginia is 29th. However, Virginia is one of only two states that have adopted all six policy elements at some level.

The report and scorecard also compare states for the degree of threat they face for conversion of farmland to urban and highly developed (UHD) and low-density residential (LDR) uses. Here’s where eastern and Chesapeake watershed states are particularly challenged. The graphic below illustrates where states sit in terms of both development threat and policy response. 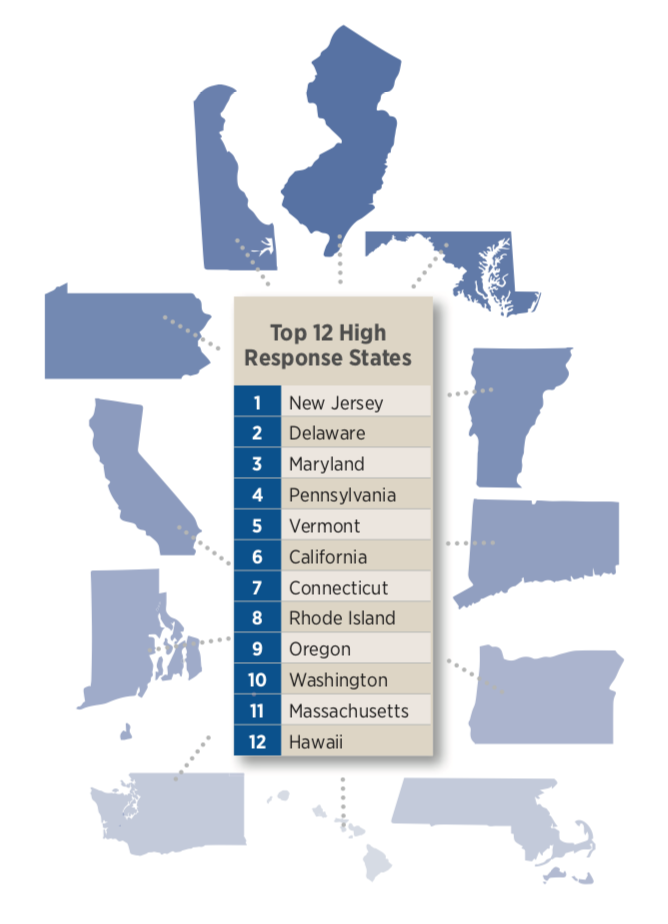 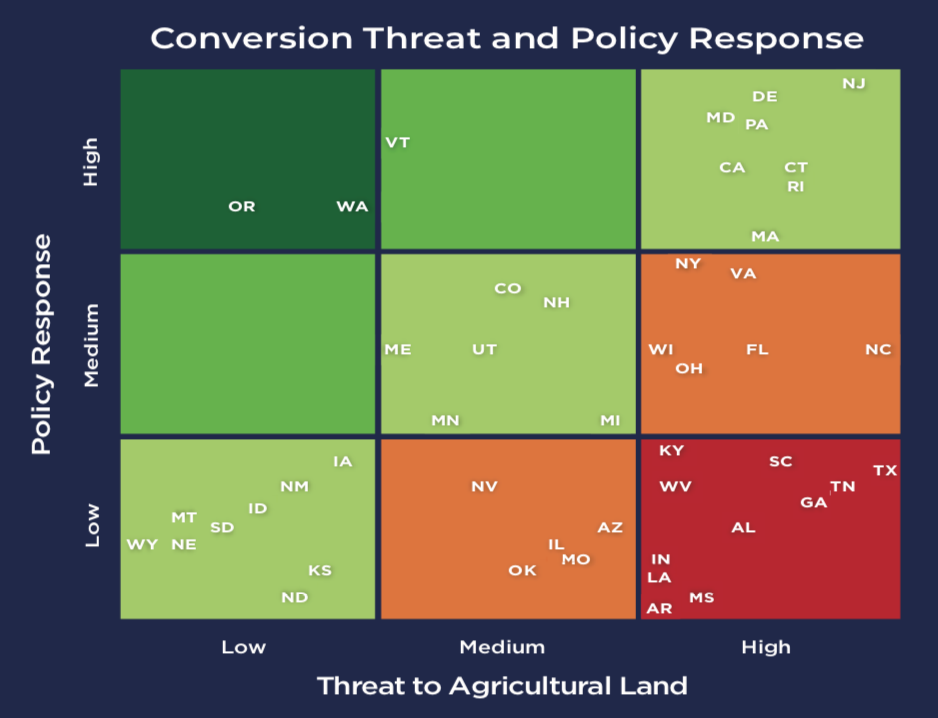 What are some of the driving 21st century threats to farmland set out in the report? The graphics below tell the story: 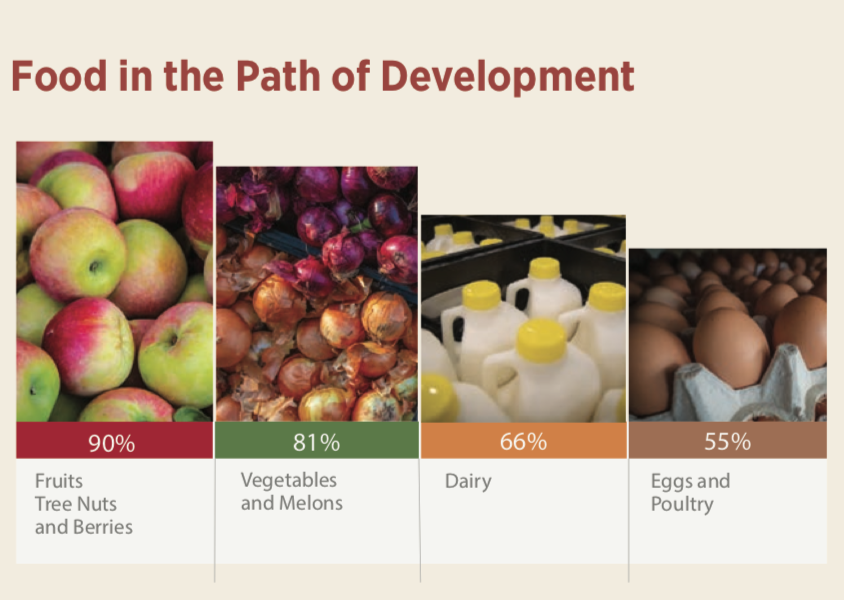 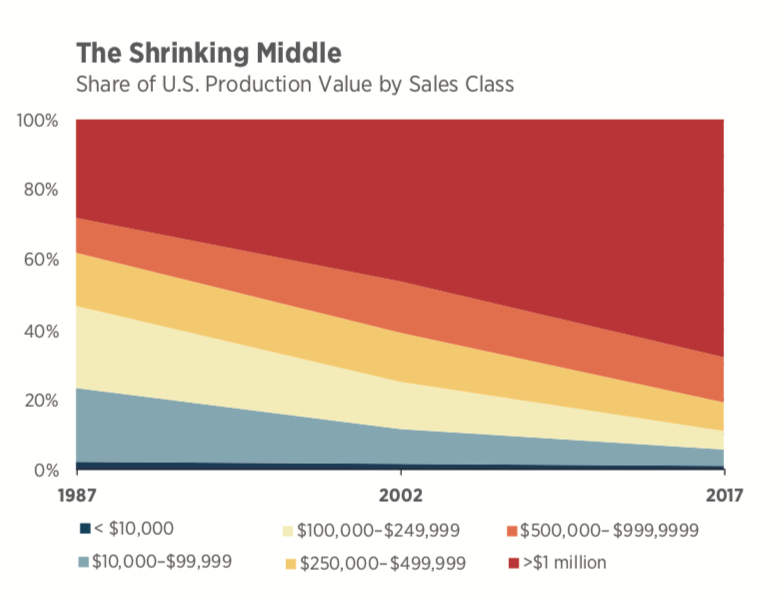 “Small and midsized commercial farms typically employ more people and contribute more to local economies than very large farms, as they are more likely to purchase livestock, equipment, and supplies locally. But they are very vulnerable to consolidation, which threatens their access to land and markets.” 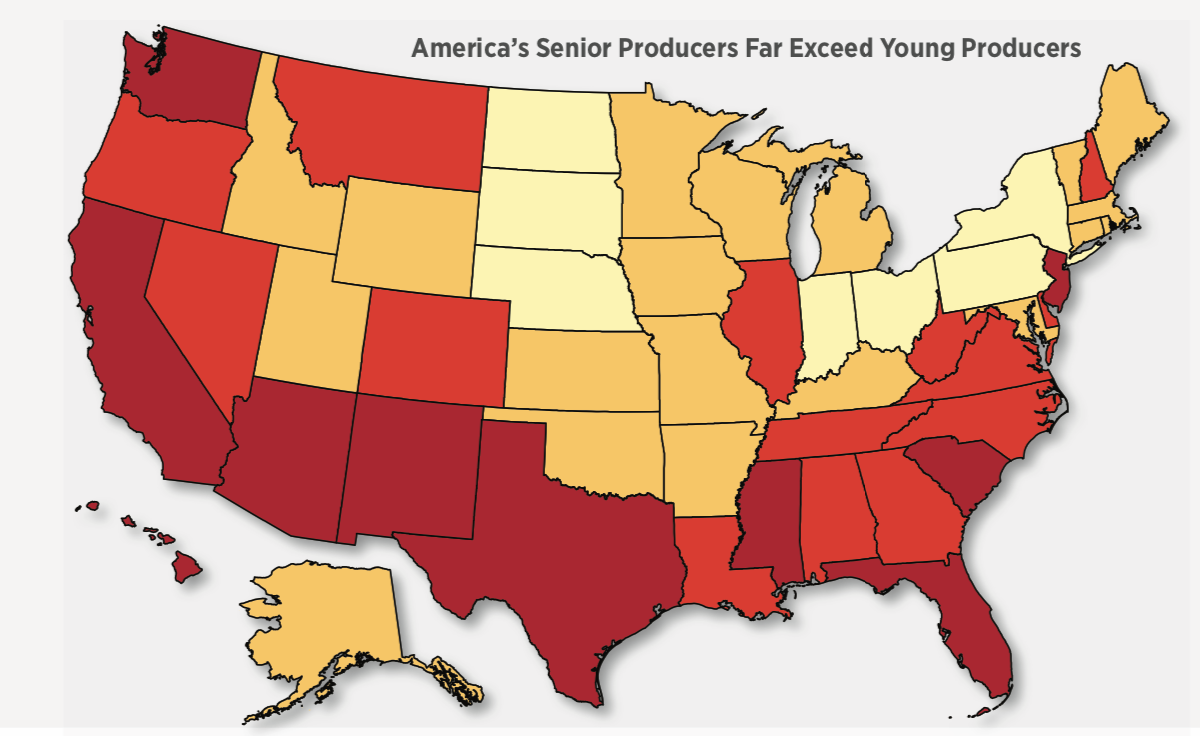 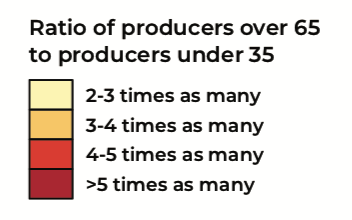 “More than four times as many farmers and ranchers are age 65 and older as are under age 35 and the percentage of senior producers at or above retirement age keeps creeping up. … This suggests an impending transfer of more than 370 million acres of farmland.”

Overall, Farms Under Threat sets out a call to action with specific actions for states to consider and steps for the federal government to take, including:

With climate change and the multiple disruptive effects of the pandemic, Farms Under Threat makes clear there is an urgency at this moment. Given the major commitment to farmland preservation in the watershed, and the continuing and growing threat of development pressure, it’s worth taking note.

View the scorecard summary sheets for each Chesapeake watershed state: