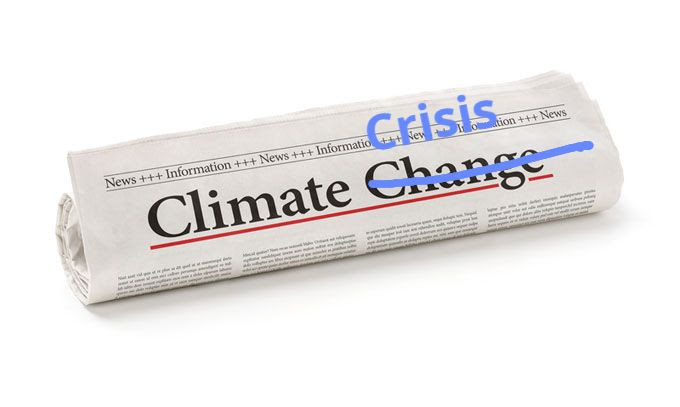 Journalists are reevaluating the language they use and the coverage they provide for reporting on the Earth’s heating climate.

In an April article published in both the Columbia Journalism Review and The Nation, Mark Hertsgaard and Kyle Pope write “the media are complacent while the world burns.” They describe how, despite consistent warnings from scientists for decades, climate change — its causes, impacts, and solutions — has generally been poorly covered. The result is a lost decade or two of collective action.

But the authors also describe an initiative to address this, beginning with the #CoveringClimateNow conference at Columbia University’s journalism school, held on April 30. And they describe a series of thoughtful approaches for starting to get things right: “follow the leaders,” “listen to the kids,” “don’t silo climate coverage,” “cover the solutions” and more. Be sure to read the full story.

The Guardian, one of the media outlets the authors recognize as providing quality climate coverage, recently announced a change in their style guide to “introduce terms that more accurately describe the environmental crises facing the world.” The phrase “climate change” is replaced by “climate emergency, crisis or breakdown” and “global heating” is preferred over “global warming.” Other updated terms include: “wildlife” rather than “biodiversity,” “fish populations” instead of “fish stocks” and “climate science denier” rather than “climate sceptic.”

Guardian editor-in-chief Katherine Viner states “We want to ensure that we are being scientifically precise, while also communicating clearly with readers on this very important issue. The phrase ‘climate change’, for example, sounds rather passive and gentle when what scientists are talking about is a catastrophe for humanity.”

As conservationists, we recognize the importance of language. We need to communicate with multiple audiences to motivate conservation actions, funding, policy and more. Fundamentally, the wide range of climate issues impact all of our work — and the quality of life we seek to enhance and conserve. Following the evolving language and coverage of the climate crisis will be essential.