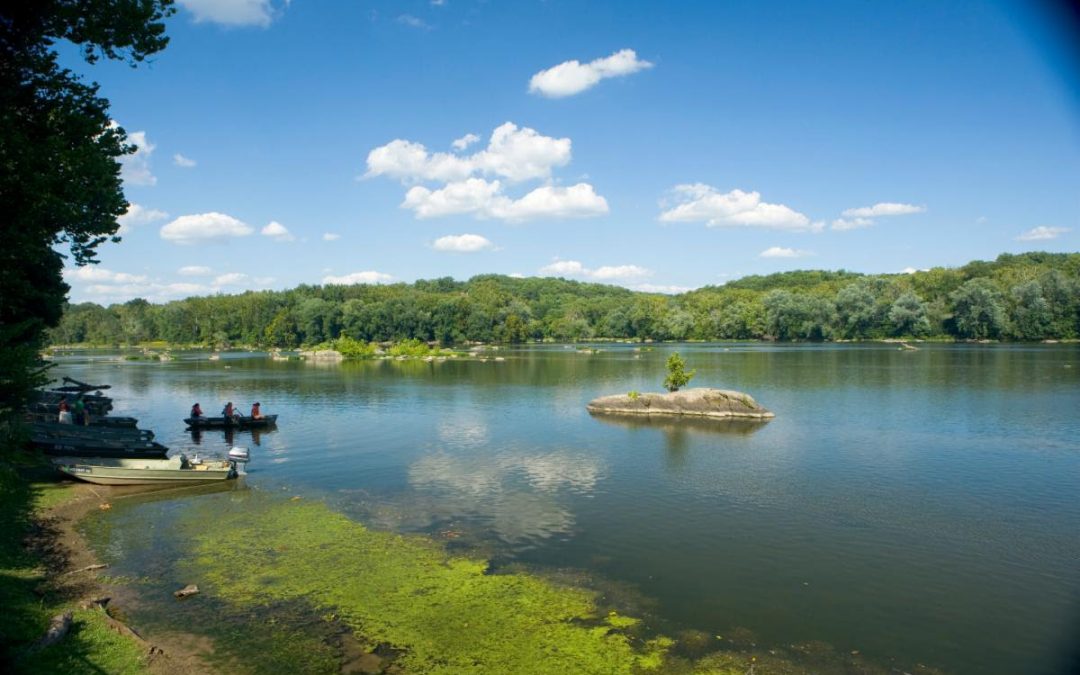 Our January 25th Lighting Update provided a preview of important legislative and budgetary initiatives as the General Assembly sessions were underway in Maryland (MD) and Virginia (VA) and continuing in Pennsylvania (PA).

This update will highlight successes resulting from this year’s MD session adjourned on April 11th. The sessions in PA and VA are as yet not adjourned. As of now, the VA Assembly and Governor are still negotiating the final budget. The PA Assembly does not typically adopt its budget and related funding bills until late June to early July. As PA and VA initiatives progress, we will cover highlights for both states as they are concluded in subsequent updates.

We are excited to report that the Maryland General Assembly and Governor produced a “Green Bonanza,” not seen in one session in decades. As with many states, MD was fortunate to enter the 2022 year with substantial surpluses due to increases in state revenues and federal assistance from the Coronavirus Aid, Relief and Economic Security (CARES) Act and the American Rescue Plan Act (ARPA).

Here are the most significant successes:

This separate general obligation bond program was funded for approximately two decades at $2M to $3M a year focused on municipalities because they do not directly receive a local share of Program Open Space funds. But for the current and next fiscal years, the Assembly has significantly increased the funding.

The Governor and Assembly approved full funding for this dedicated fund that finances storm water retrofit projects sponsored by local governments and non-profits and a number of best management practices on agricultural lands. The program is funded by revenues from small percentages of two transportation related taxes.

The Governor and Assembly approved full funding for this dedicated fund that provides grants to local governments and wastewater utilities to upgrade their plants to achieve enhanced nutrient removal, to fund crops on farmlands, and several other authorized environmental restoration practices. The program is funded by a “flush fee” imposed on users of public wastewater facilities and a fee imposed on septic users. 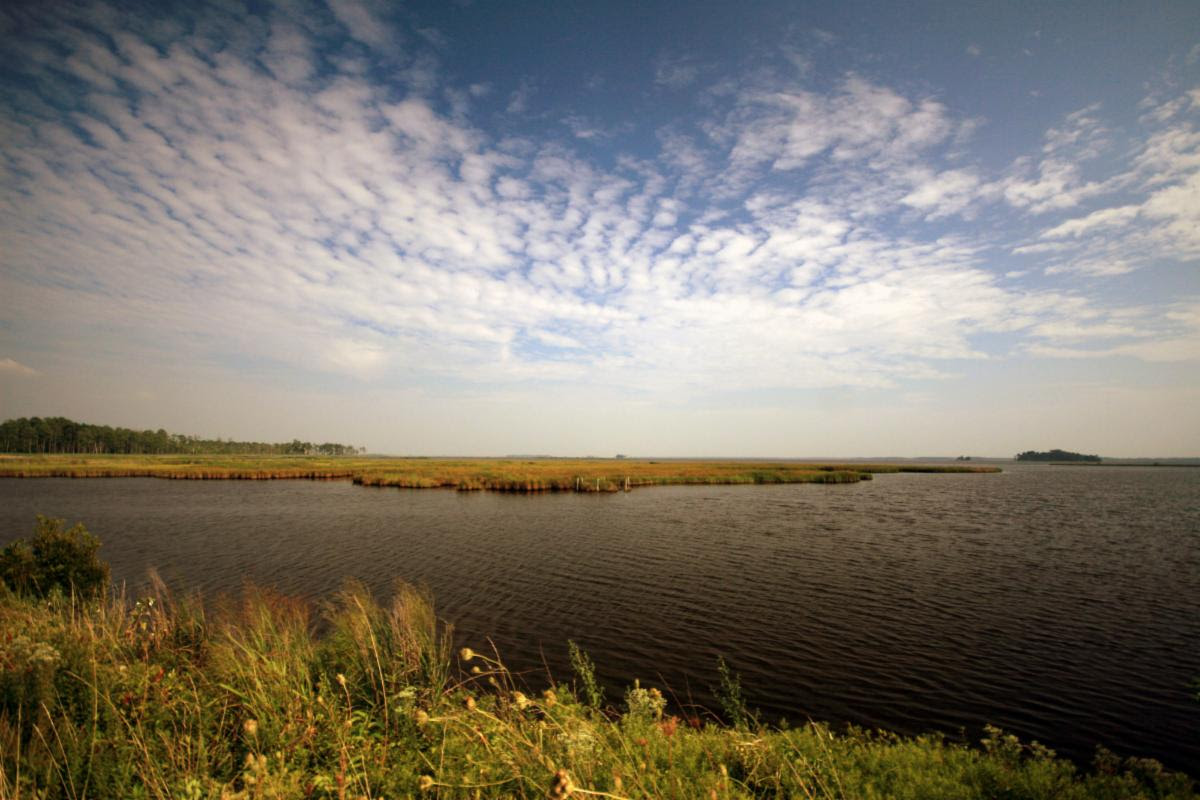 This omnibus legislation is MD’s version of the US Great American Outdoors Act recognizing that state parks are critically important to our public health, environment, quality of life, and economy. The bill provides once-in-a-generation funding and accountability to MD’s parks to address overcrowding, reverse underfunding, increase accessibility for more Marylanders, tackle a deep backlog of critical repairs, increase water access, prepare our parks for a changing climate, and creates new state parks in every region of Maryland including those to benefit under-resourced communities.

In addition to the sizable appropriations to MD DNR’s shares of Program Open Space revenues, the Assembly allocated over $100M in General Funds to several existing or newly created individual funds and programs in FY 24: the critical maintenance fund ($70M) and the capital improvements and acquisition fund ($ 36.8M), and the legislation requires the governor to appropriate $12M in FY 24 and $9M in FY 25 to fund 90 new positions to address critical understaffing needs.

The climate crisis is causing drastic impacts including extreme weather and coastal/inland flooding. The Assembly passed this legislation to continue bold, but achievable, actions to reduce our emissions as quickly as possible. SB5028 sets bold, aggressive, and practical goals for reducing Maryland’s emissions of greenhouse gasses at 60% by 2030 and reaching net neutral emissions by 2045.

The legislation makes Maryland a national leader in curbing emissions by electrifying our State vehicle fleet and local school buses; financially incentivizing the construction of new net-zero schools; leveraging private funding for green energy investments; incentivizing solar panels through property tax abatement on roof tops, parking garages, and brownfields if at least 50% of a community’s residents being served by the retrofits are of low or moderate incomes; and curbing emissions from large buildings over time. 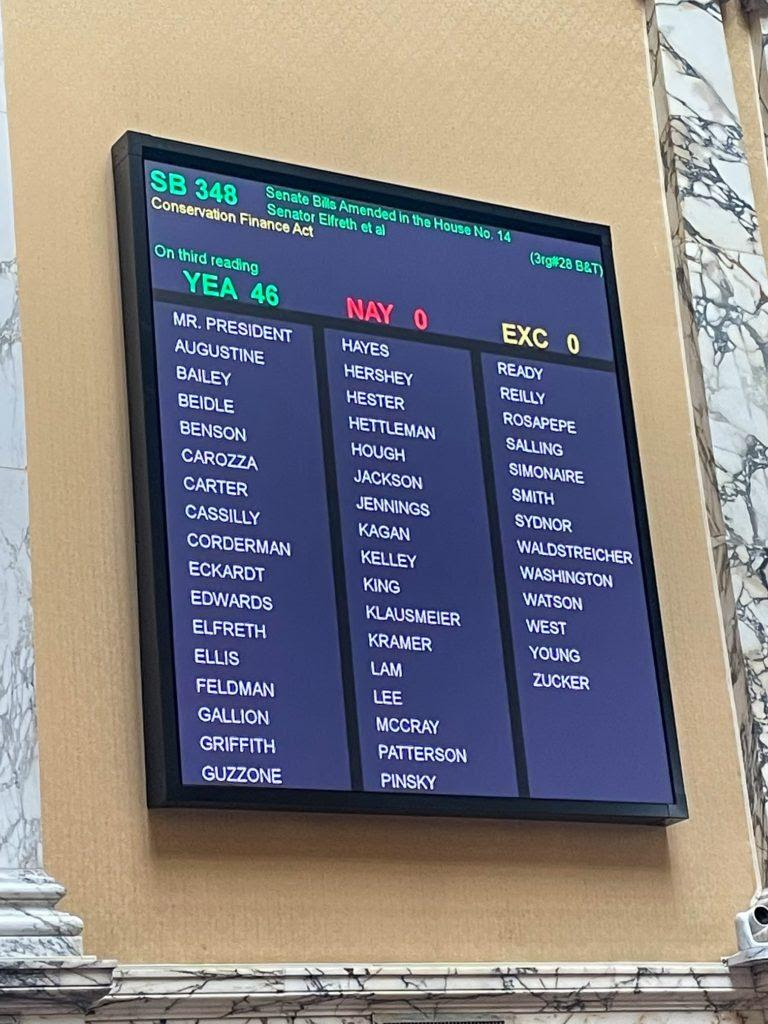 In the 2021 session of the General Assembly, the first version of this legislation was introduced in the Senate and passed unanimously there but it arrived in the House too late for adequate review before the session ended. The House committee formed a work group with most stakeholders represented and met several times until last November to develop a revised bill that all stakeholders supported. The 2022 legislation was introduced in both the House and the Senate and was enacted by wide vote margins. This bill was also a top priority of the governor, which has already been signed.

The historic legislation has drawn praise from dozens of restoration and investment companies and conservation organizations focused on improving the environment. It makes a comprehensive suite of changes to state contracting law, environmental funds, and green infrastructure programs that will help achieve Maryland’s Chesapeake Bay, forest conservation, climate, and environmental justice goals without increasing the state budget.

The most important provisions in the Conservation Finance Act include:

MD follows the lead of Bay states VA and New York, by enacting this uniform state law by almost unanimous votes in the Assembly. This legislation was a priority of the Conservation Partnership, two years ago. The act provides a series of protections for heirs properties and all other forms of tenancies in common. These classes of properties are generally owned by multi-general, low income owners who do not have deeds or wills to prove their respective ownership. 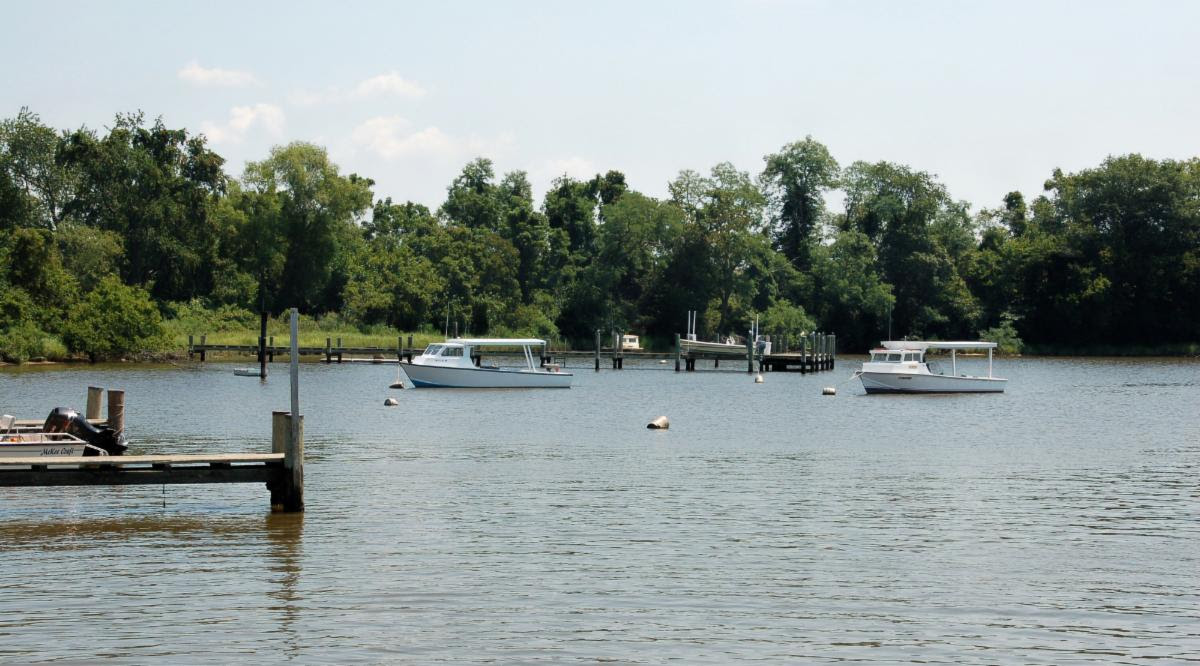 The results of this year’s legislative session in Maryland reflects strong public support across party lines for conservation of lands and waters, equitable access to recreational opportunities, and preservation of our cultural heritage.

We can hope for similar results in other states such as Virginia and Pennsylvania.