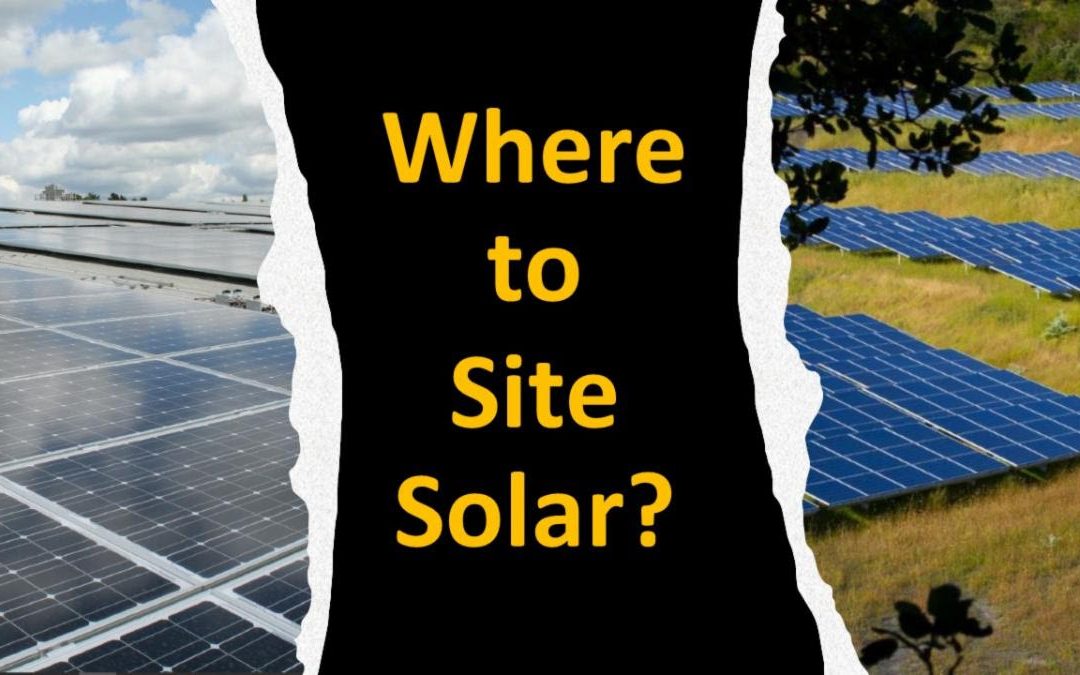 Recent Lightning Updates focused on aspects of the climate crisis. Today’s is on one major climate mitigation strategy with significant land use implications – converting to renewable energy generation.

A year ago, we offered a quick overview of ongoing work in several states to influence the siting of solar panels to minimize adverse impacts on lands with important conservation values.

Let’s pick up with some recent case studies on solar siting. But, first, a quick refresher from one state.

Maryland adopted a goal of 50% of energy generation from renewables by 2030, including 14.5% from solar by 2028. This goal seems reasonable, but raised concerns about siting, especially the potential impact to agriculture and forests. A Governor’s Task Force calculated that 90% of solar siting typically occurs on agricultural lands. Assuming that pattern, it would take 26,348 acres of farmland to meet the 14.5% solar goal.

So, can optimal solar sites like the task force recommends adequately serve the 14.5% goal? To answer the question the Chesapeake Conservancy’s Conservation Innovation Center (CIC) has now conducted analyses for two Maryland locations and the findings are notable.

“High-resolution land cover data allowed us to do a very detailed analysis, down to individual parcels, to inform how much area is available in optimal and preferred sites for solar energy development.” said Susan Minnemeyer, CIC Vice President of Technology. “We also calculated the energy generation potential of these locations.”
The analysis shows St. Mary’s County offers significant optimal siting opportunities in the built environment that would minimally impact the natural landscape. They include rooftops of commercial and residential buildings, above parking lots as solar canopies, on capped landfills, around a wastewater reclamation facility and on county-owned properties. Other additional preferred solar opportunities were also identified. 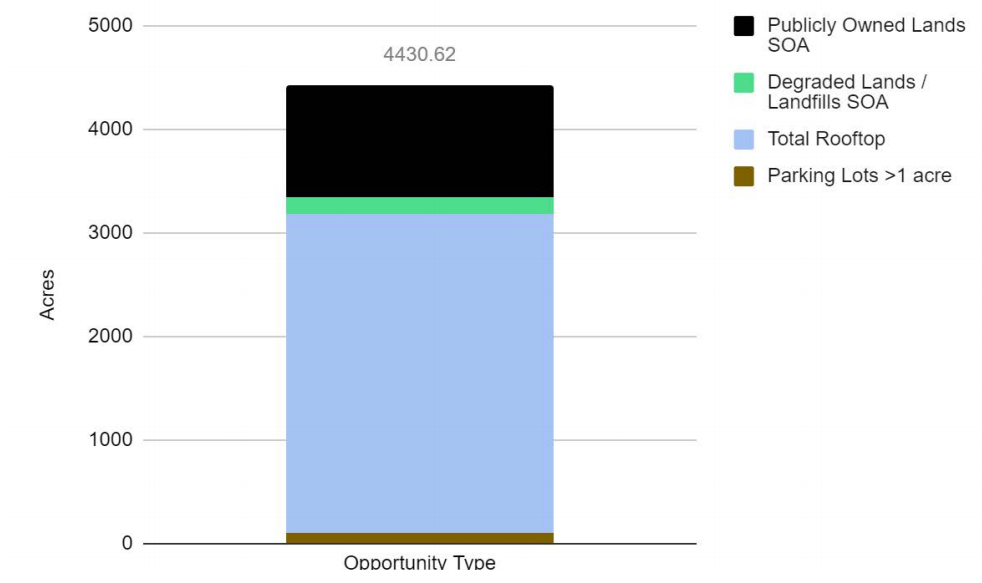 These optimal sites total over 4,400 acres. If only 8% of the sites are confirmed to be feasible the county can meet its share of the statewide goal.

A pilot study of Baltimore County and City released in October, 2020 found similar results documenting 33,806 acres of optimal locations for solar development. Rooftops are the most abundant, followed by parking; only a small percentage of suitable sites were found on degraded lands. Again, based on analysis of potential energy generation from these sites, just 8.6% of them would be needed to meet the jurisdictions shares of the state solar goal. 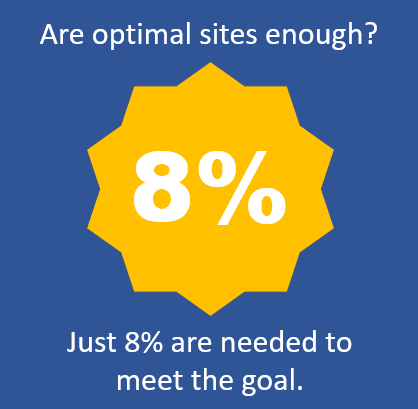 Recently, Baltimore County Executive John Olszewski Jr. announced “I will sign a new executive order with the aggressive but achievable goal of generating or displacing 100% of Baltimore County’s electrical demand with renewable sources by 2026, and 125% of our electrical demand by 2030.” The County also announced a plan to use closed landfills for solar, some of the optimal sites identified in the study.

Confirming availability of appropriate solar locations is a first step. That information needs to be used in permitting processes.

Teresa Moore, executive director of the Valleys Planning Council, who commissioned the Baltimore City and County study pointed out that “without siting guidance or incentives, farm and resource land would be the primary target for these land-intensive projects.”

Moore added that “almost all the applications for the first three years of the community solar pilot program have been on prime farmland, and there’s little to no activity on optimal sites. Maryland could follow the example of states like New Jersey, where optimal solar sites have been mapped statewide and a ranking system has been incorporated into solar project reviews.”

The point is likely germane for all jurisdictions in the watershed. Moore also notes this can help advance other critical goals for job creation and benefits to low and moderate income residents. In relation to that, it’s worth noting that this week, a coalition of more than a dozen organizations (Earthjustice, Coalition for Community Solar Access, GreenLatinos, NAACP and more) released a road map for federal action to ensure historically underserved communities are not left out of the benefits of expanded solar.