This interview series highlights the people of the Chesapeake Conservation Partnership: a diverse group of individuals who have devoted their careers to conservation and share a common vision about what that can be achieved through collective partnership.  Read more about how they got started, where they are going next, and what drives them forward. 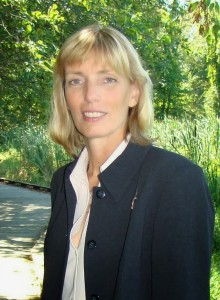 Cindy Dunn was confirmed as secretary of the Pennsylvania Department of Conservation and Natural Resources (DCNR) on June 2, 2015, returning to the agency where she worked under three governors in multiple positions over the last two decades. Previously Secretary Dunn was the president and chief executive officer of PennFuture, a statewide environmental advocacy organization and held various leadership positions at DCNR including Deputy Secretary of Conservation and Technical Services, director of the Bureau of Recreation and Conservation as well as director of the Office of Education, Communications and Partnerships. Secretary Dunn’s other leadership roles include serving as the executive director of Audubon Pennsylvania from 1997-2003 and as the Pennsylvania program director for the Alliance for the Chesapeake Bay for 10 years.

When not championing the efforts of DCNR, Secretary Dunn enjoys the natural and recreation resources the agency works hard to protect and promote through hobbies that include birding, canoeing, fishing and hiking. She is a current member of the Chesapeake Conservation Partnership Steering Committee.

How did you come to be involved in conservation?

I was fortunate to be one of those kids whose parents got us outdoors, so my earliest days were spent looking for snakes and frogs in the small creek that ran through our rural property.  As a teen, a landfill was proposed for the valley where I lived to dispose of trash and toxic waste from far away and I became deeply involved in the successful fight to stop it and save the land it was proposed for. I also became a YWCA camp counselor and helped introduce kids to the outdoors, which I found very rewarding.

In your own words, please share why you think land protection is important.

Protected land is one of the greatest manifestations of democracy – clean water, air and special places for everyone.  It is the web of life that supports us all – in body and in spirit.  It is the “commons” we all need, but is still too rare in today’s built environment.

When you think about what your organization has accomplished recently, what are you most proud of?

DCNR recently added a 17,000 acre tract to Elk State Forest, which was the largest land acquisition in 63 years. We also are in the process of acquiring two tracts adjacent to Shikellamy State Park that overlook the confluence of the West branch and main stem of the Susquehanna.  The department’s grant program helped open up significant mileage of riverfront trails along the lower Susquehanna, providing stunning views of the river and its wildlife.

What is your vision for your region (or the Chesapeake overall) in the next 5 years?

The Susquehanna’s future is secured by a collaborative vision held by engaged citizens and leaders for a healthy, protected and accessible corridor, fed by tributaries whose water quality has been improved by the protection and restoration of forest along stream buffers and in headwaters.

What is your favorite destination in the Chesapeake Bay watershed? Tell us why it’s at the top of your list.

The stretch of the West Branch between Karthaus and Sinnemahoning Creek  which is a wilderness canyon where the mountains go right to the river, there’s no development and the only sign of civilization is the railroad track beside the river.