The Chesapeake Conservation Partnership’s Steering Committee met last week and, among other items on the agenda, welcomed six new committee members. Here’s a quick run down of who’s joining the Partnership’s leadership team:

Brett Glymph has been executive director of the Virginia Outdoors Foundation since 2013. Before that, Brett worked as assistant attorney general in the Real Estate and Land Use Section of the Virginia Attorney General’s office.

Kendra Hyson is a landscape architect and urban designer working as a Senior Planner with the Montgomery County Planning Department – a division of the Maryland-National Capital Park and Planning Commission. She is a founding member of The Urban Studio.

Kate Hackett is executive director of Delaware Wild Lands, the largest non-governmental land owner in Delaware, managing over 21,000 acres. Kate is a big advocate for hunting, fishing, forestry and farming as core elements of land conservation.

Tim Male is executive director of the Environmental Policy Innovation Center, working to expand the speed and scale of conservation. He’s a former city councilman and former staff at the White House Council on Environmental Quality, with 13 years at conservation NGOs.

Phil Wenger is president and CEO of the Lancaster Conservancy, coming to conservation after founding and running a successful Lancaster-based company. He’s committed to expanding the Conservancy’s more than 7,000 acres in land-holdings.

This great group of new and familiar faces brings even more energy to an already active team.

We also bid a heartfelt thanks and farewell to John Reynolds who stepped down from the Steering Committee. John, a landscape architect and former deputy director of the National Park Service, has been a leader of the Chesapeake Conservation Partnership since the first meeting of partners in 2009. For over a decade, he has consistently pushed the Partnership forward at every turn, helping: articulate our first set of guiding principles; draft our long-term goals; establish the Steering Committee itself; urge making diversity, equity and inclusion a priority; and more. John has always been the conscience of the Partnership, reminding us of where we came from and what’s important.

John announced his departure at last week’s meeting only after he served on a sub-committee to identify and recruit our new members above, helping ensure continuity and bring new energy well into the future. Despite the picture of John in Yosemite (where he has spent much time over the years), he is not departing his Virginia home for the west. And, he’ll continue to advocate for parks and Chesapeake conservation in other roles. 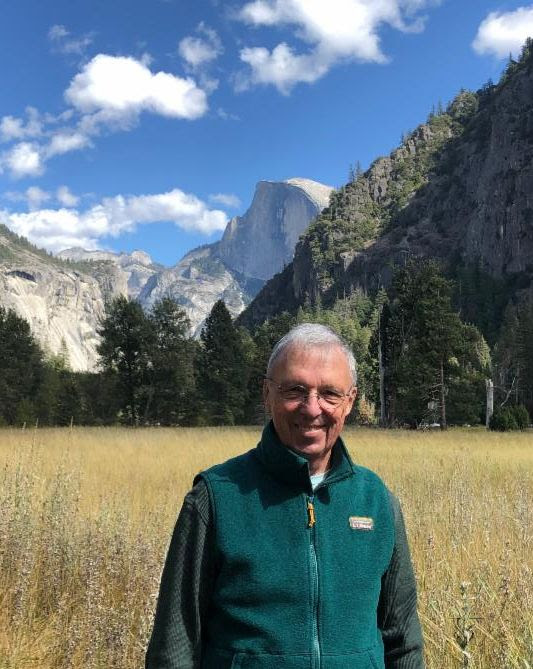