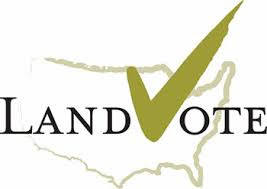 A year ago we shared an update on local and state conservation ballot measures results from the 2018 elections when over $3.2 billion in funding was approved by voters around the nation. Now comes a new study exploring factors that influence the likelihood of these conservation referendums in cities.

Author Agustín León-Moreta notes that government referendums are being used by cities across the nation to seek voter approval of conservation funding. He notes: “Cities are confronting the challenge of delivering public goods to growing populations while containing their footprint on ecological resources. Through conservation, cities foster livability, public health, and a self-contained footprint of urbanization. Open space is crucial for quality of life, yet deep differences are prevalent in the use of conservation referendums across cities.” León-Moreta attempts to answer the question “what explains differences in the use of conservation referendums among cities?”

Based on detailed analysis and modeling using data associated with 6,517 US cities, the study reports the following main findings:

In some of the models employed the author also found significant correlations between certain types of land cover and the likelihood of referendums. For example, the presence of parks and of wetland habitats both seem to increase the occurrence of referendums.

The author suggests these findings mean it would be wise to evaluate the economic and institutional contexts of cities when considering conservation strategies and referendums. It would be interesting to also explore whether these findings apply outside the context of metropolitan areas.

Send an email if you would like a copy of the study. Understanding the intricacies of conservation financing is vital to protecting land and to sustaining existing–and pursuing new–sources of funding. For that reason, sharing conservation finance information is a priority for the Chesapeake Conservation Partnership. Our recent publication of Marking Milestones presents trends in state and federal land protection funding. The Partnership’s 2019 Annual Meeting explored financing linked to carbon sequestration. And in December we are co-sponsoring an intensive conservation finance workshop.