Our Legacy. And the Influence of History. 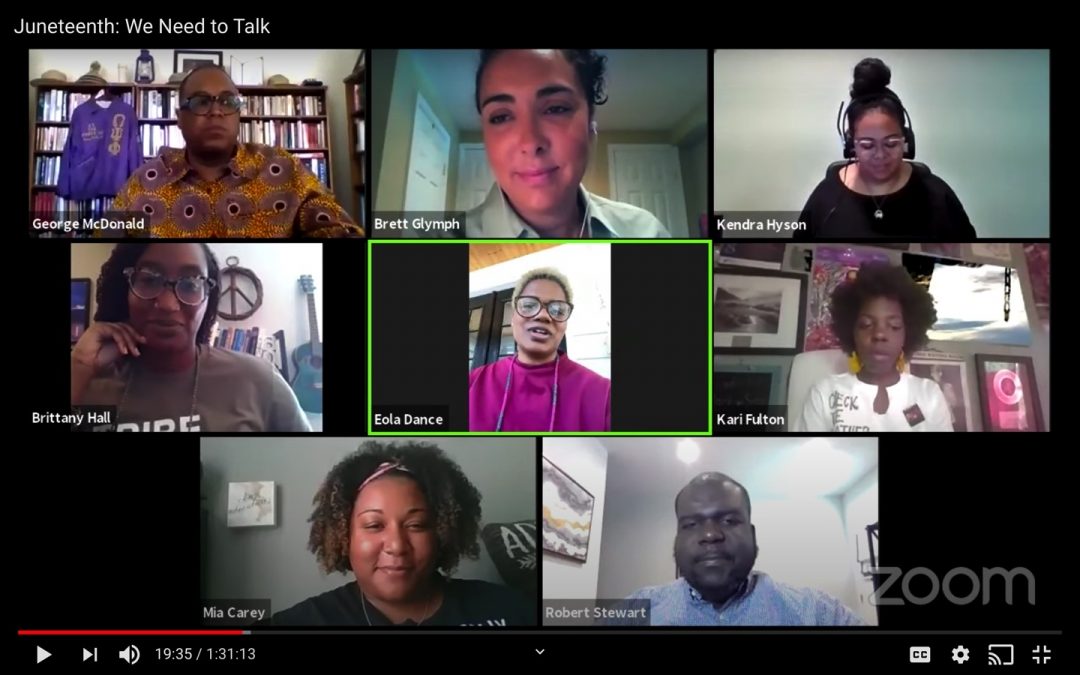 It’s not too late to listen in to “We Need to Talk,” a conversation the National Park Service hosted last week on the intersection of race, history, and the outdoors. View the 90 minute conversation on YouTube.

On Juneteenth, the National Park Service Chesapeake Bay Office, manager of the Chesapeake Bay Gateways Network and co-convener of the Chesapeake Conservation Partnership, hosted a powerful conversation among eight Black American conservationists. Some of you were among the over 1,400 who listened into “We Need to Talk” on Friday to explore the intersection between race, history, and the outdoors. If you missed it, set aside an hour and a half to watch on YouTube. It’s hard to stress how important this conversation is within our broader Chesapeake conservation community.

Among the many powerful observations shared during “We Need to Talk,” one recurring theme kept surfacing — the legacy and impact of history for Black Americans, and in this context in relation to parks and the outdoors. Here’s just a sampling.

Brett Glymph, Executive Director of the Virginia Outdoors Foundation, spoke of history in personal terms: “So much of the Black American experience is thinking about where am I supposed to be. Where can I be? Our movements were regulated down to where you could work, where you could live — and that collective cultural memory is still alive even if it’s not on the books. It’s not legal, but it’s still very much a part of my psyche as a person of color, moving around in this country.”

George McDonald, Chief of the Youth Programs Division of the National Park Service, remembered an event not long ago commemorating the 150th anniversary of the Civil War: “It was a huge event. The problem was only about eight people who looked black to me were at the event … and it seemed like a lot of the social activity was around the glorification of the side that lost the battle and eventually lost the war. A guy who sat in front of me … turned around at the very end of the presentation and said that Abraham Lincoln was a bad person because he caused so many brave young white men to lose their lives in this war when what he should have done was sent those people back where they came from. So these places in these parks are not always safe. But they should be safe.”

Kendra Hyson, a landscape architect and senior planner with the Maryland National Capital Park and Planning Commission, spoke of history in terms of place design and policing: “For me, it’s really just trying to break down that system of how our spaces are created and developed so that our history gets told more accurately, we are really a part of shaping them, and we are not over-policed in the way we use space. We can go and try to have a general outing at a park and be policed completely differently than another family of another race or another color. And that just turns African Americans away from the landscape. It creates a larger divide.”

Those of us working in the Chesapeake conservation community rightly tout our history of accomplishments. Our legacy. The 9.2 million acres protected over the past 150 years. The locally, regionally, and nationally significant places we conserve.

But there is another side to that legacy that many of us forget. Or perhaps never knew. It’s not ancient history. Think of how much each of us is influenced by a parent or grandparent; the way the experiences and attitudes they had sway our own views.

Black Americans in the Baby Boom generation or their parents would have directly experienced these things at Chesapeake parks:

Visitor facilities at Shenandoah National Park were not legally integrated until 1950. Previously, the National Park Service followed the general custom of the state in which a park stood. So at Shenandoah, a separate “Lewis Mountain Negro Area” provided picnic, camping and other facilities and Black Americans were routinely directed to only visit that location.

At Fredericksburg & Spotsylvania National Military Park, there were polished stone restrooms for whites in the lower level of the visitor center and Blacks-only concrete floor restrooms outside in a service area. 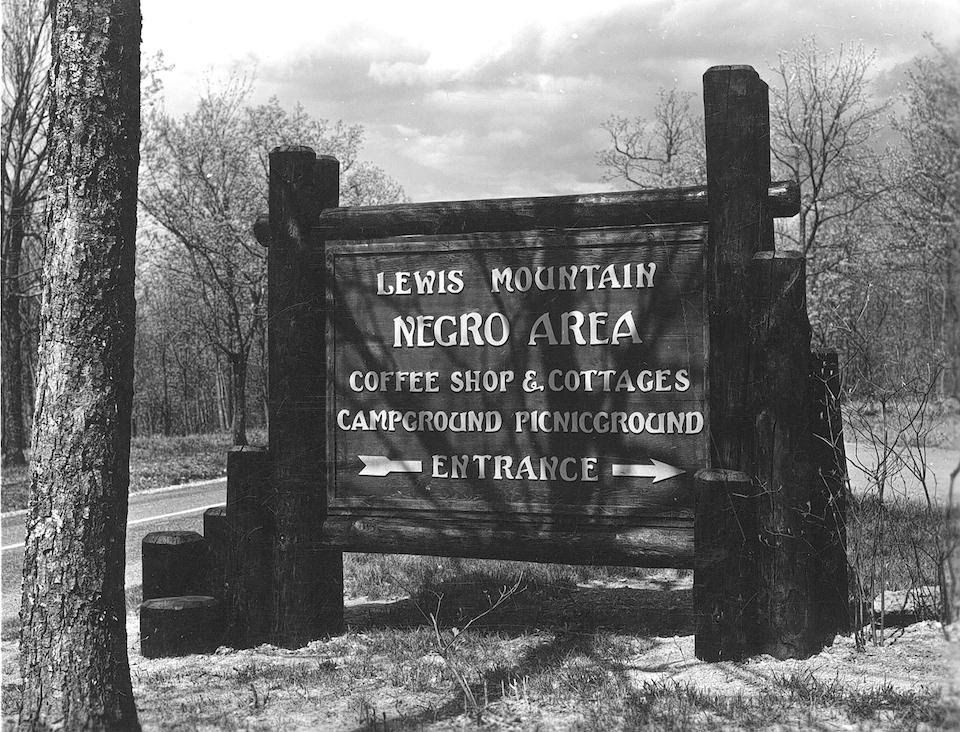 Segregated Civilian Conservation Corps camps were the routine. Black American CCC crews built Pennsylvania’s Penn-Roosevelt State Park, much of Colonial National Historical Park, and many other of today’s parks and natural resource sites. Erin Devlin, a professor of American history at the University of Mary Washington, notes “While many white enrollees in the CCC ultimately did find their way into permanent positions in … the National Park Service, the same opportunities for advancement were not extended for African-American enrollees … a lost opportunity to substantially diversify the ranks.”

These are many more examples. It was pervasive. Is it any wonder Black Americans today might perceive some parks and public lands as less than welcoming? 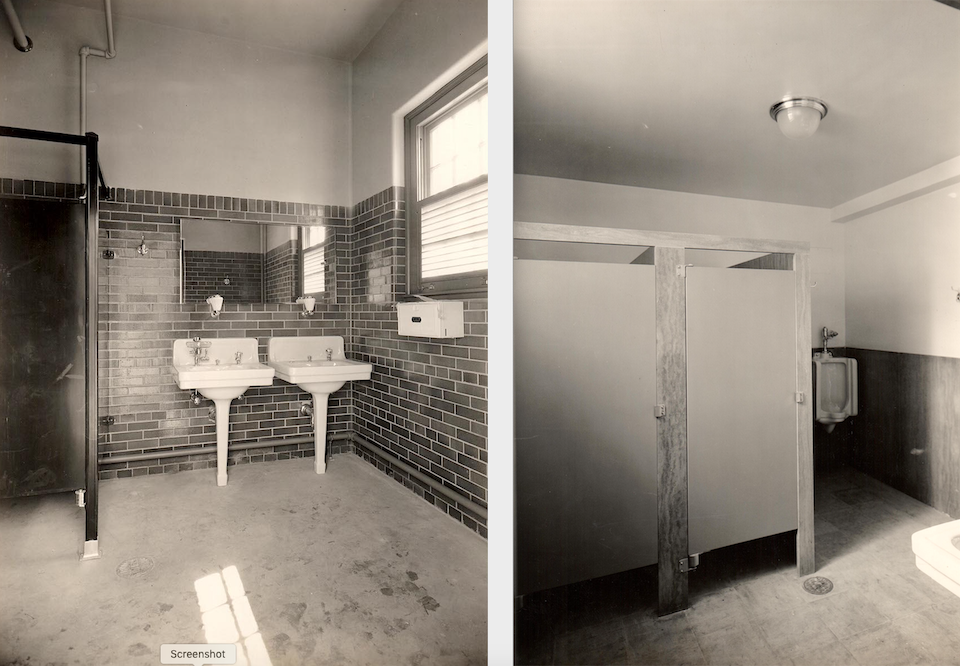 Think about many of our region’s protected and exalted historic sites. Plantations. Civil War Battlefields. Great white men. Yes, some of these places are actively working to tell a fuller, more truthful story. And yes, we are moving to protect more places important to Black Americans — Fort Monroe National Monument, Harriet Tubman Underground Railroad National Historical Park and others. But there is still tremendous work to do to move towards inclusivity, equity and welcomeness.

J. Drew Lanham, author of The Home Place: Memoirs of a Colored Man’s Love Affair With Nature and Clemson University professor, sums it up. He wrote in 2017:

“There’s a quiet privilege to forgetting history. There’s also a sin in omitting it. We forge stronger ties to our public lands by knowing them from their inception. … Understanding whence we’ve come is key to understanding the possibilities that lie ahead. But it can’t be done until the stories of our refuges, parks, and protected areas are better shared and learned.

And so this is my question: If this land is your land and this land is my land, how do we expand public lands to be an even more inclusive ideal?”