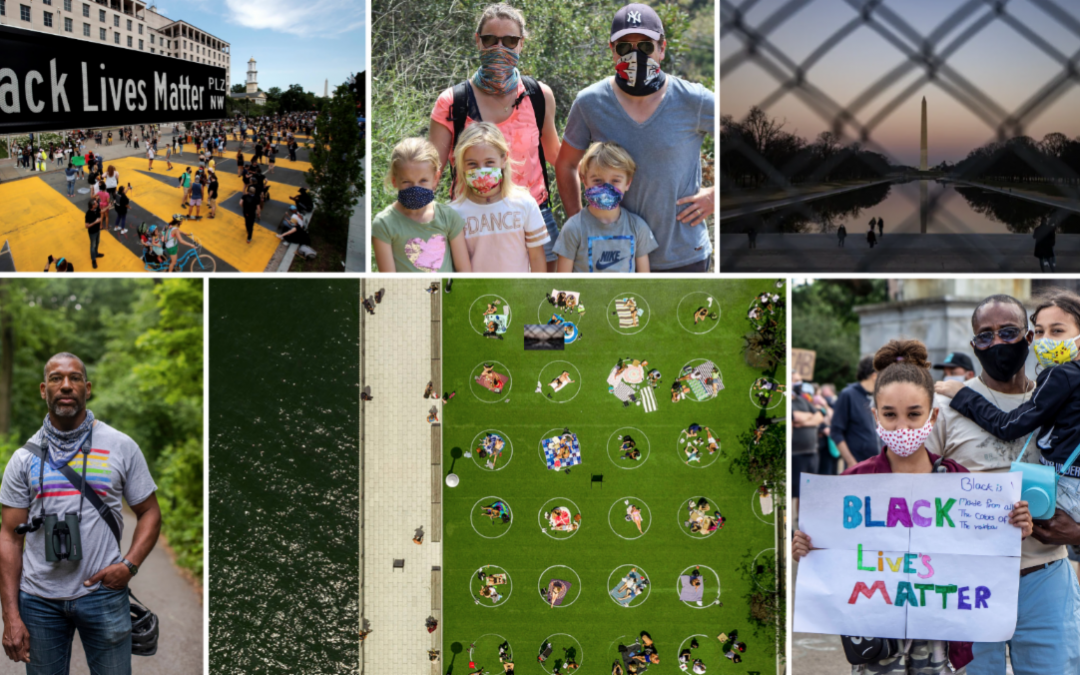 A note: Please take a moment at the end of this Lightning Update and share a quick story of your own!

News and images of this week’s closures of the National Mall and its memorials, the U.S. Capitol, and public streets in Washington are arresting. And yet, there have been so many dramatic images from public open space in the past year.

Park closures from the pandemic. Social distancing circles marked on grass in public parks. Reports of dramatic, record-breaking increases in park and trail use. Videos of blatant discrimination towards a Black birder in Central Park. Protests throughout the nation in the public square over inequitable treatment of Blacks. A public street painted and renamed Black Lives Matter Plaza.

Some of the imagery is devastating — the U.S. Capitol just two weeks ago. But, much of it is inspirational, highlighting the centrality of public access to democracy.

Each of us likely has memories of moving communal experiences in public open spaces. My mind floats between them. A morning at a public farmer’s market in the heart of the Columbia River Gorge, with the sound of marimbas floating into the sky. An evening at a small city park in Annapolis, looking out over Back Creek to the Bay, sailboats coming in, listening to rhythm and blues and stories of Carr’s Beach. Walking the National Mall with large crowds, many times actually — admiring cherry blossoms, enjoying a Smithsonian Folklife Festival, greeting the inauguration of our first Black president. Happy people all.

It’s a remarkable thing, really. An example. On January 11, in the midst of the pandemic and the recent chaos, we did what many other people have been doing for the past two weeks: ventured to the C&O Canal National Historical Park to look for a glimpse of the Painted Bunting who has been hanging out in very public open space. There was a pretty good line up of people along the towpath when we got there, waiting for a single 5.3 inch bird to make an appearance.

Runners, bikers, and walkers — of all demographics — came by, many often asking what was going on, before they went on their way with a smile. After an hour or two, Mr. Bunting was located, deep behind some leafy branches on a hillside below the towpath. The crowd grew, mostly masked, hoping for a look. Some intentionally there, with binoculars and cameras; some just happening along.

And then, out he pops. All brilliant red, blue and lime green. And for a full 9 minutes on a bright sunny day, the bunting entertained the masses. And when he was done and flew off to another location, the crowd, as one, applauded and cheered. 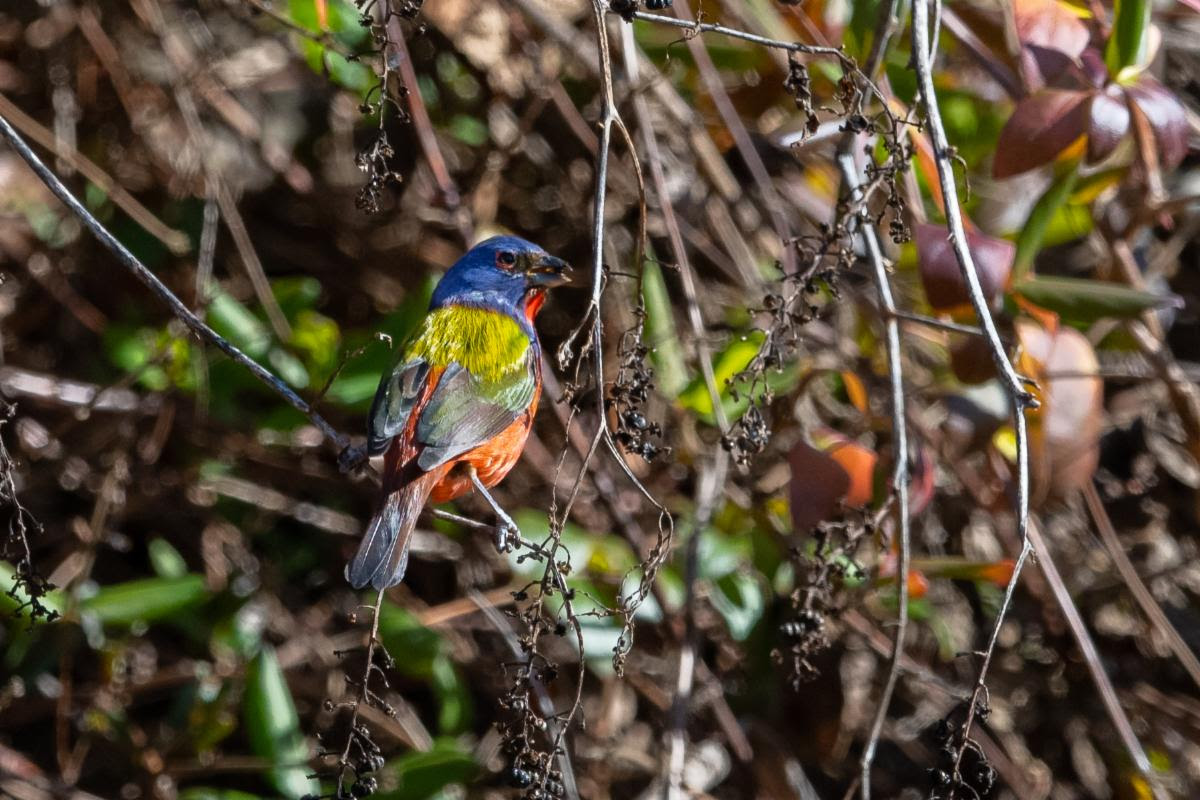 Public open space, whether large or small, has the potential to draw us together. In one sense, there is nothing more democratic than places held in common by all of us, in the public trust. In some of these spaces, the sheer wonder of nature or culture (Grand Canyon, or, a Chesapeake Bay vista) commands a shared human experience. Others set the stage for planned (a concert, perhaps) or spontaneous (e.g. Mr. Bunting’s admirers) gatherings of the common spirit. Still others teach; like the outdoor rooms of the FDR Memorial.

Investing in more public access and public open space can only be good our communities and our nation. Every inch of ground has the potential to remind us of something we have in common. Not mine. Not yours. A space for which we hold joint, democratic responsibility.

You each have your own versions of a moment when public spaces brought people together.

Would you please take just a minute or two and share one memory, one glimpse of when you felt the power of place unite us? We hope to share your stories next week.

Do it now. It just takes a minute!