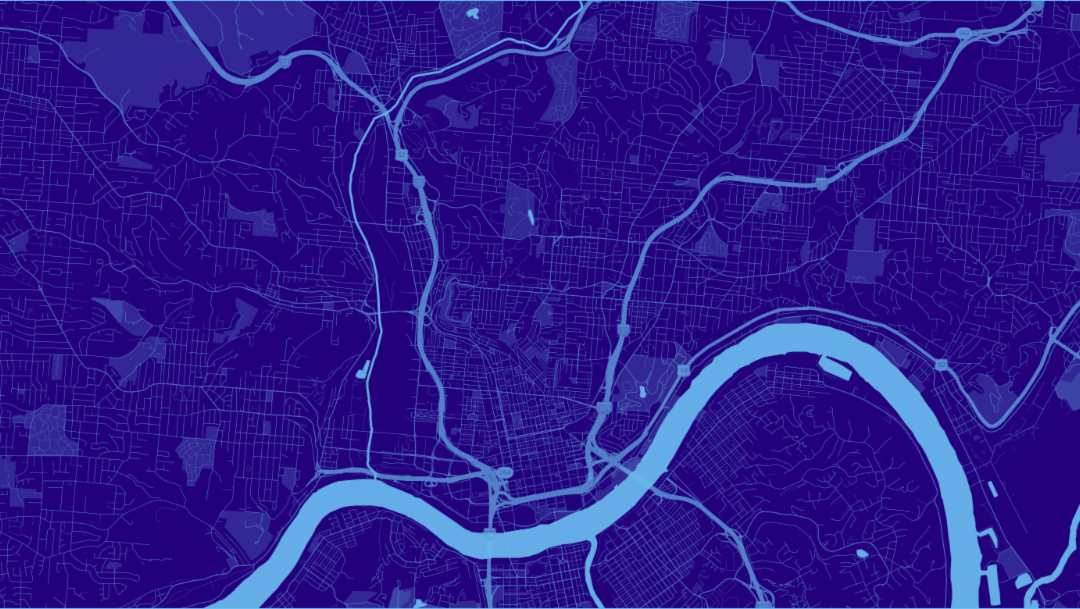 After writing weekly Lightning Updates for almost three years, I’m about to enter a new post-full-time-job phase of life. Perhaps you will pardon my using this and next week’s updates for some personal observations. Here’s part I.

I’ve been reflecting on forty years of varied work in conservation. How it evolved. How choices and priorities look today. What stands out. Is there some theme? 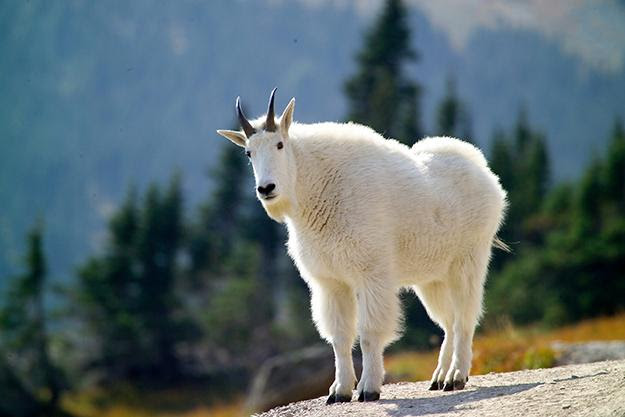 Running Rabbit Mountain, at the southern tip of Glacier National Park, supports a native group of mountain goats. From 1931 to 1980, US Highway 2 was a barrier they had to navigate in their movement down Running Rabbit to a natural mineral lick on the Middle Fork of the Flathead River. For a year in 1980, I tracked and monitored these majestic animals as they trotted through two new underpasses designed for their safe travel below the highway to the lick. The underpasses were highly successful, removing the man-made roadblock to the goats’ innate drive. It was a remarkable experience, but one that led me away from field research toward broader applications of planning and conservation. 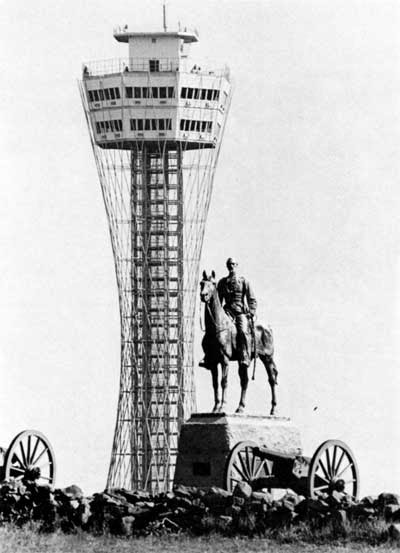 Ten years before, in 1990, Congress passed new boundary legislation for Gettysburg, increasing the park’s acreage by half. The new boundary allowed the National Park Service to acquire the tower and demolish it. For three years, I led the boundary planning effort, facilitating public meetings, talking in the homes of over sixty landowners, and ultimately helping draft bill language. The plan was adopted with no voiced opposition, and enacted soon after. The tower’s demise was symbolic and important. But more satisfying were the law’s provisions providing new authorities for facilitating conservation beyond the new boundary through technical and financial assistance and conservation easements.

The Columbia River Gorge National Scenic Area encompasses 300,000 acres over 85 miles in Oregon and Washington. It is one of the world’s stunning landscapes, home to 13 cities and towns, with more than the land half privately owned. And it is a model of innovative landscape conservation. Preparing for a job interview on a flight west in 1992, I read the 1986 Gorge Act and the new Gorge Management Plan, and thought “how did they get these passed?” 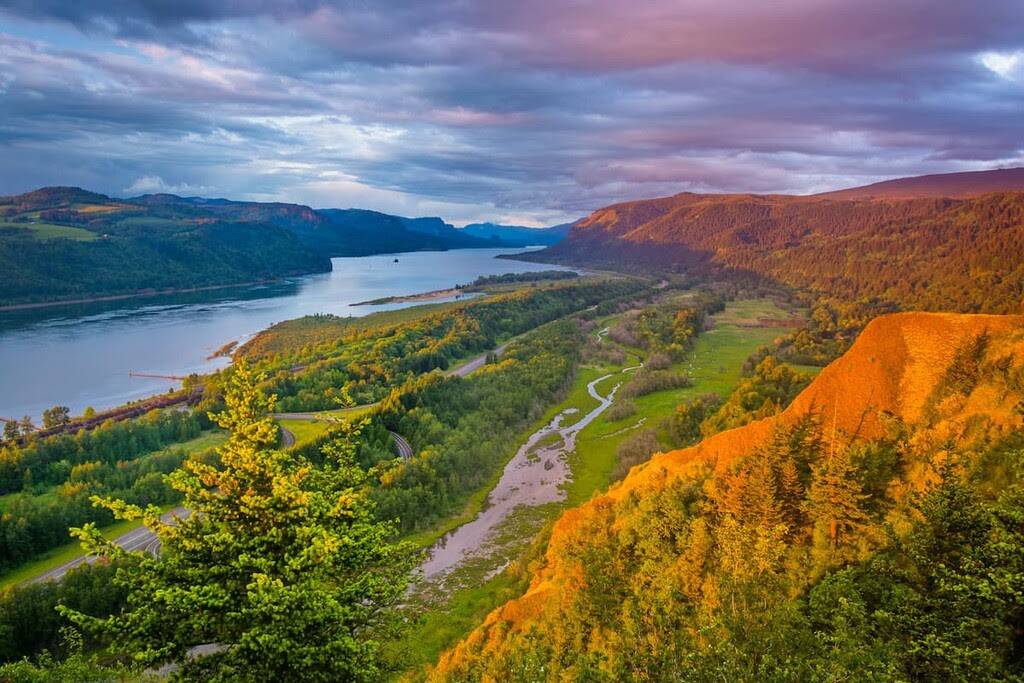 For the next 7 years, I led the Columbia River Gorge Commission’s implementation of the Act and plan, putting in place land use ordinances adopted by counties, or by the Commission if the counties chose not to act. I signed hundreds of development permits or denials. Controversy was a daily affair. Litigation was common. But the reward was high. A generation later, the Gorge is still gorgeous and more economically vibrant. And the Gorge Act is a remarkable success and far less polarizing.

Now it has been almost 22 years in a much larger place, the 64,000 square mile Chesapeake Bay watershed. Throughout, an unconventional team has defined a new way for the National Park Service (NPS) to represent and engage in a large landscape. 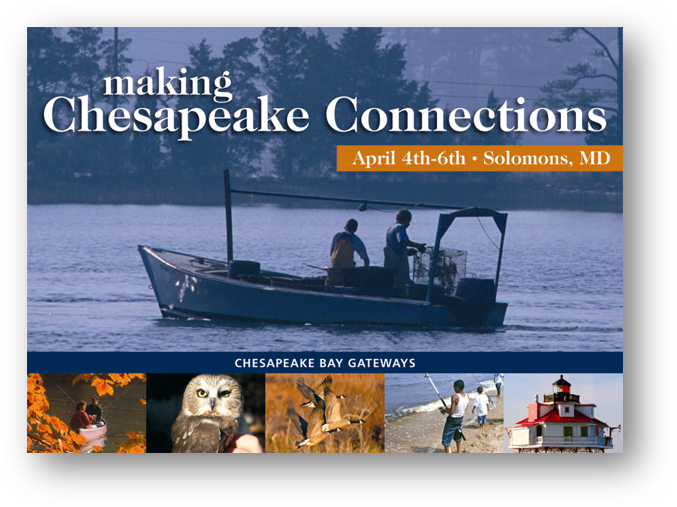 How do you possibly represent the diversity and scope of the Chesapeake watershed in just one traditional park? You can’t. Through the Chesapeake Bay Gateways Network we built a partnership of its hundreds of special protected places. Those first few years of the Gateways Network were so fast-paced and productive, the collaboration resonating through projects, frequent working group meetings, and conferences bringing hundreds together. There was a time that followed when NPS Chesapeake’s attention was redirected, but now Chesapeake Gateways is refreshing itself, relevant in both the same and new ways.

President Obama’s 2009 Chesapeake Executive Order propelled an even broader vision for the NPS role, and for me a re-emphasis on conservation. 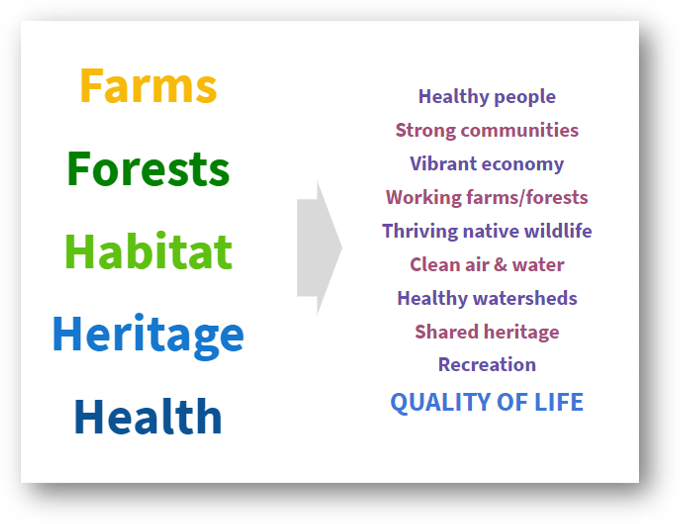 From the seeds and collaboration of 2009 grew today’s Chesapeake Conservation Partnership. It wasn’t sudden, but incremental, built by convening and coming together year-by-year, seeking common interests, thinking expansively, setting ambitious goals, creating a common vision and language, moving important work forward, and learning to know and trust. I am grateful for the big thinkers, the environment and the resources that have allowed NPS Chesapeake to be pivotal in this.

So, what’s the theme of it all? Pushing beyond boundaries, both those we define on maps, and those we set around ways of doing things. It seems it can take a lifetime, or at least a career.

Four decades after the mountain goat underpass in Glacier, wildlife corridors and crossing structures may finally — hopefully — be on the verge of going mainstream. 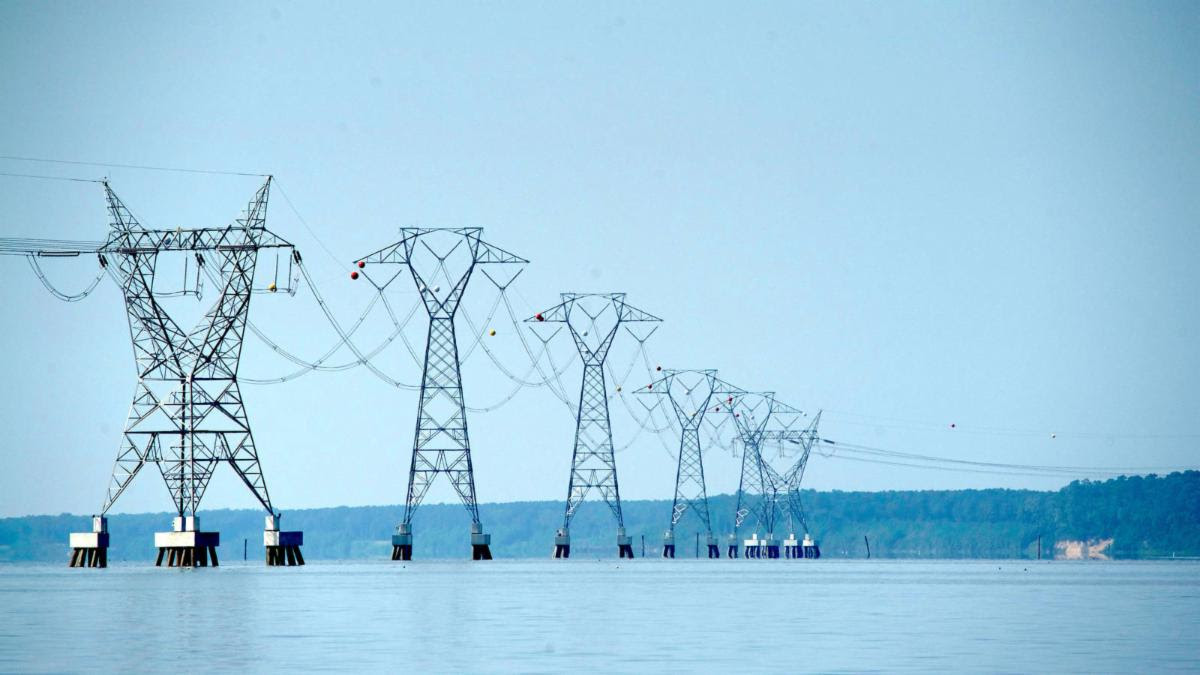 Yet, three decades after legislation allowing one eyesore near Gettysburg to be demolished, other parks and special places still face development threats damaging their core character. Exhibit A: the new Surry-Skiffes Creek powerline near Colonial National Historical Park and across the Captain John Smith Chesapeake National Historic Trail.

And, in the decades since innovative landscape conservation designations like the Columbia River Gorge and New Jersey’s Pinelands National Reserve came about, a change in politics has so far eliminated the likelihood of further offshoots. We could use more like those two. 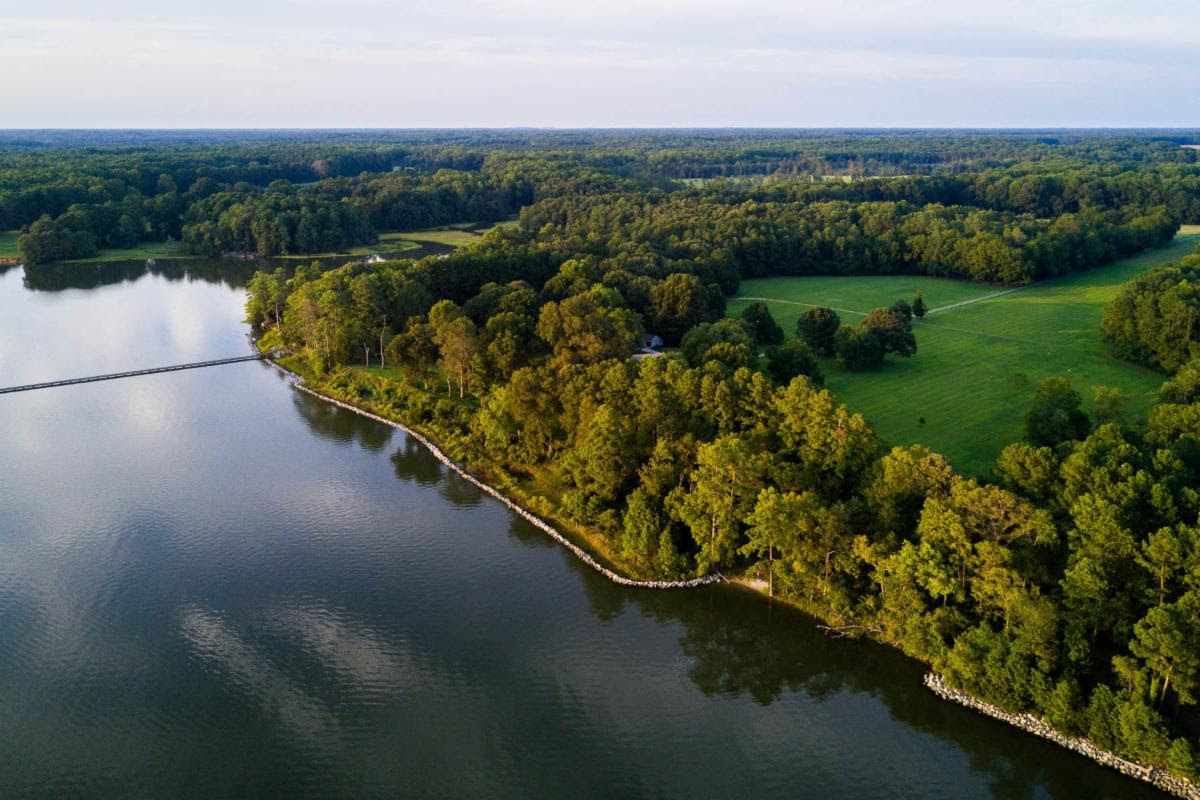 But, there is something good in the air. Movement for the better. I can foresee the day when the internationally significant Werowocomoco, acquired by the NPS in 2016, opens (hopefully with the first Indigenous Secretary of the Interior present!) as a powerful place for engaging visitors with the Indigenous Chesapeake. It reflects a commitment to making the Indigenous story and landscape at front and center of the Captain John Smith Chesapeake National Historic Trail. That in itself is breaking new ground. I’m grateful to have played a direct role in protecting it and advancing the trail’s conservation agenda. 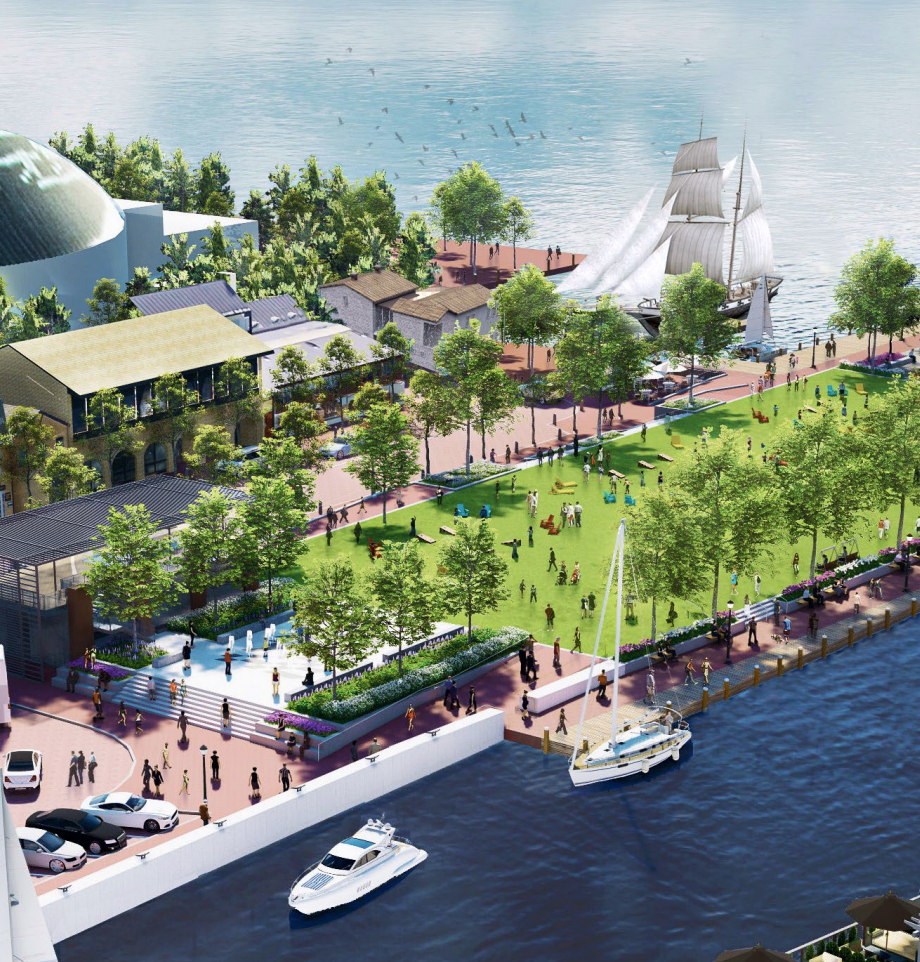 And, there is also good coming from this most difficult year of a pandemic and a veil ripped off far-reaching racial inequity and injustice. There is a new awareness of the role of conservation. 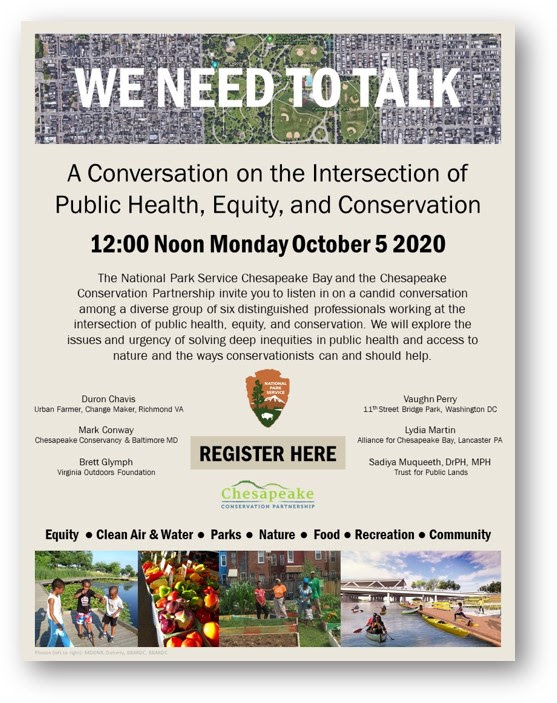 Beginning with Juneteenth 2020, NPS Chesapeake convened the deeply honest “We Need to Talk” conversations and is reorienting core strategies to address inclusive interpretation and equitable access.

The Chesapeake Conservation Partnership brought together old and new partners last fall to address the intersection between conservation, equity and public health. It broadens the Partnership’s already far-reaching definition of landscape conservation to explicitly include lands and access central to public health and equity, both urban and rural.

There is enormously important work ahead for a diverse conservation community.

While we cannot solve all problems, landscape conservation — in the inclusive way we should practice it — is central to addressing the climate crisis, equitable access to the outdoors, deep threats to life-sustaining biodiversity, healthy food systems, the protecting of special places and telling their stories, and more.

It will require each of us and each of our organizations to continuously push, think, and work beyond our boundaries. But, that’s the most rewarding work anyway!