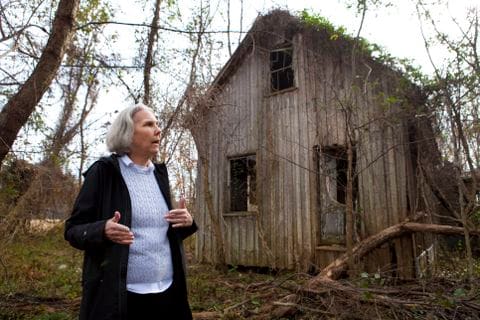 The Washington Post reported last week on new findings about the extent of the Rappahannock Tribe’s vast range and standing within the Chesapeake region.
Archaeologist Julia King and Scott Strickland, an expert in geographic information systems, have used archaeological, environmental and historical data to predict the locations of Rappahannock settlements. As the Post writes, “the emerging story undercuts what Western historians have asserted for 400 years about the shape of native culture when the Europeans arrived in America, and it restores the place of the Rappahannocks, who had nearly been erased from the record.”
The Post reports the research has been transformative for members of the Rappahannock Tribe. Quoting Chief Anne Richardson on visiting sites where ancestors lived: “it’s like you’ve finally come home. You walk on these lands — I don’t know how to describe it other than it’s a great satisfaction in being able to return there and put feet on the land and hear what it has to say to you.”
The research builds on King’s prior work supported by the National Park Service Chesapeake and Chesapeake Conservancy to document indigenous cultural landscapes associated with the Rappahannock Tribe along the Captain John Smith Chesapeake National Historic Trail. Identifying such landscapes has been an ongoing effort which contributes to Chesapeake Conservation Partnership goals. There is a great deal more to learn about landscapes important to indigenous peoples in the Chesapeake, but this is an example of what can be done. Read the full story!