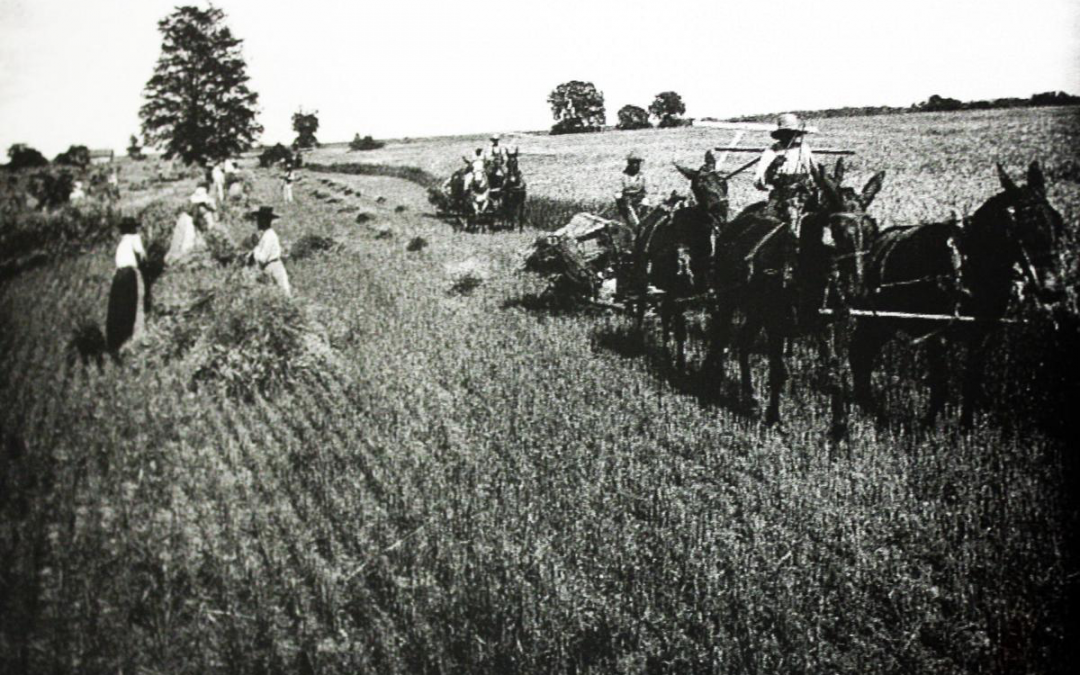 In 1910, Black farmers owned about 15 million acres of farmland in the U.S. That amount has declined dramatically due to a variety of discriminatory practices, one of many “land wrongs.” (Photo: Black farmers in the Gravel Hill area of Henrico County, Virginia; from County of Henrico)

As conservationists we know the power of holding land. The power to protect. To use. To create revenue. To access. To share.

We have been acquiring land – and power – for conservation for well over a century. 9.2 million acres within the Chesapeake watershed.

But as we all know, land and power can also be used in nefarious ways. Even our most cherished parks not so long ago excluded a large number of our fellow Americans from their benefits. But the societal pattern is far worse than just that.

Four centuries ago, this region was the home of scores of independent and confederated towns and communities. Today, the descendants of those peoples control the tiniest fraction of the vast landscape. 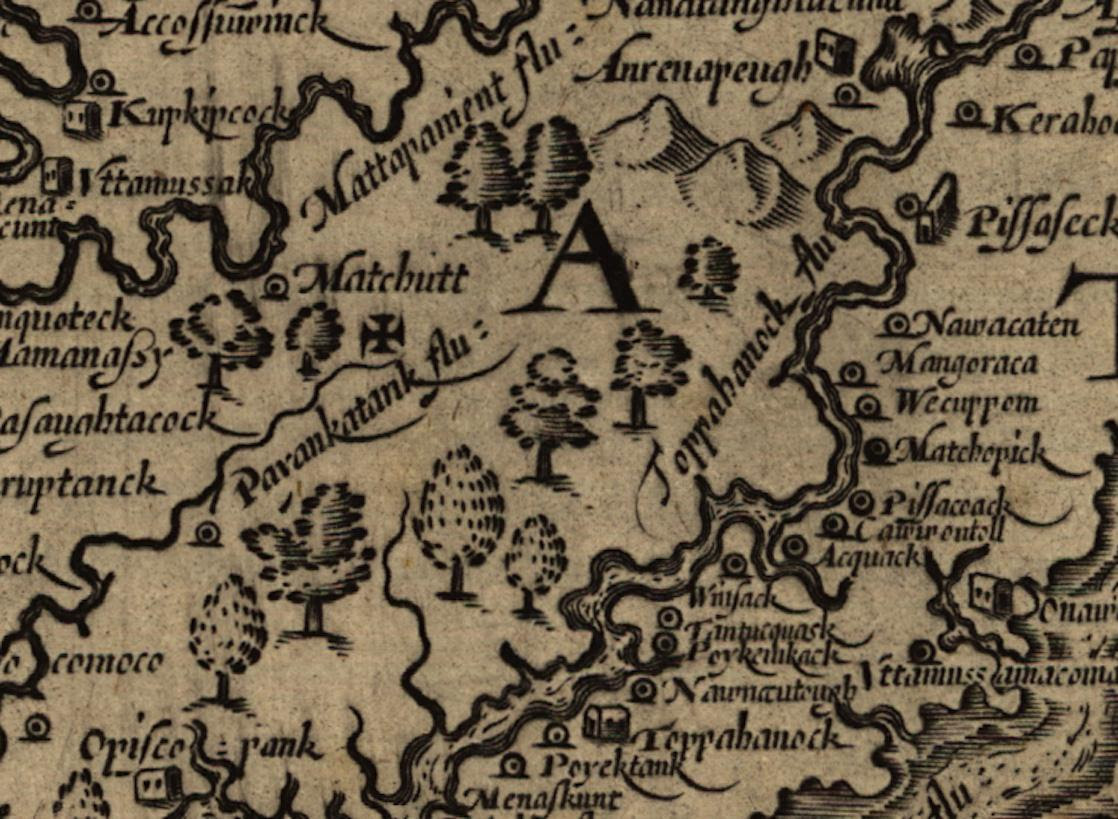 A section of John Smith’s 17th century map illustrates the extent of communities in the Chesapeake region at the earliest stages of European colonization. (Image: Library of Congress)

On January 16, 1865, General William T. Sherman issued Special Field Order No. 15 redistributing 400,000 acres of land to freed slaves at 40 acres of tillable land per family. As historian Henry Louis Gates, Jr. tells it in a fascinating overview, the order was based on a meeting held just 4 days earlier with 20 members of the Black community in Savannah, Georgia. It was rapidly put into effect. But by the end of the year, President Andrew Johnson, a southern sympathizer, rescinded the order and returned the land to the white planters who had owned it.

“Forty acres and a mule” only materialized for a few short months. But, by 1910 Black Americans made up 14% of U.S farmers and had accumulated an estimated 16 to 19 million acres of farmland nationwide. While studies vary somewhat, today, Black Americans represent less than 2 percent of farmers and have lost millions of acres of land. Concurrently, there has been an increase in the percentage of acres owned by white farmers, who, in 2002 owned 98 percent of American farmland.

The factors are many: Jim Crow discrimination and violence in the south; well documented discriminatory lending practices by the USDA; the Great Migration (see below); a lack of wills allowing Black owners to pass land to descendants, and resulting partition sales; and more.

Some states, including Virginia with support from the conservation community, have moved recently to remedy “heirs property laws” to prevent partition sales. Sadly however, to put it mildly, other discriminatory practices are still not gone. 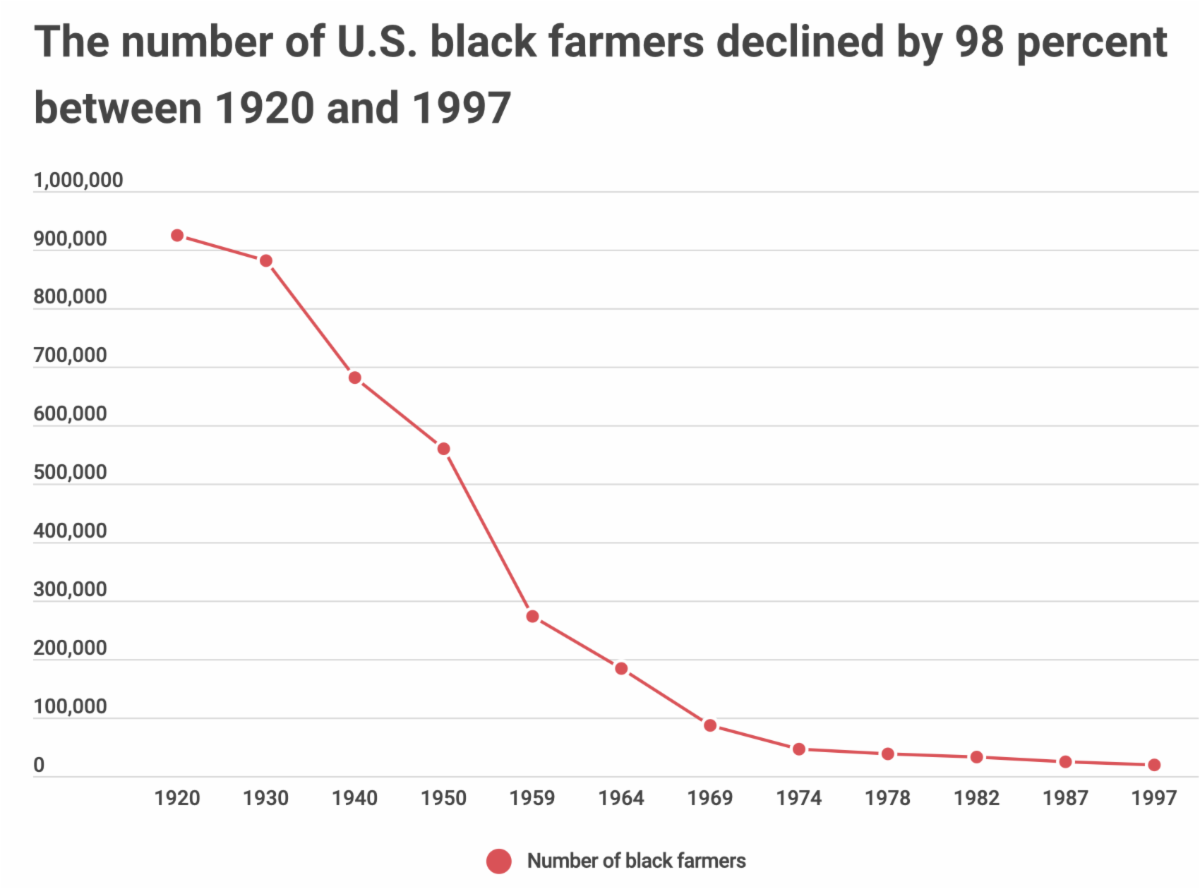 From about 1916 to the 1970s, 6 million Black Americans moved from the rural south to the cities of the north in what is known as the Great Migration, chronicled in journalist Isabel Wilkerson’s best-selling book The Warmth of Other Suns: The Epic Story of America’s Great Migration.

How did government respond? In part, by enabling and implementing red-lining. In the 1930s the federal Home Owners’ Loan Corporation (HOLC) graded neighborhoods green (best), blue (still desirable), yellow (declining), or red (hazardous). “Neighborhoods that were predominantly made up of African Americans, as well as Catholics, Jews and immigrants from Asia and southern Europe, were deemed undesireable,” writes Tracy Jan in “Redlining was banned 50 years ago. It’s still hurting minorities today.”

Loans were either unavailable or overly expensive, “setting the stage for the country’s persistent racial wage gap. White families today have nearly 10 times the net worth of black families and more than eight times that of Hispanic families, according to the Federal Reserve.” The racial discriminatory practices of the red-lined maps continued until 1968 when they were banned through the Fair Housing Act.

But, Tracy Jan writes that a 2018 study by the National Community Reinvestment Coalition (NCRC) found “that the vast majority of neighborhoods marked ‘hazardous’ in red ink … from 1935 to 1939 are today much more likely than other areas to comprise lower-income minority residents. ‘It’s as if some of these places have been trapped in the past, locking neighborhoods into concentrated poverty,’ said the NCRC research director.” NCRC president John Taylor reminds that “homeownership is the number-one method of accumulated wealth, but the effect of these policies that create more hurdles for the poor is a permanent underclass that’s disproportionately minority.” 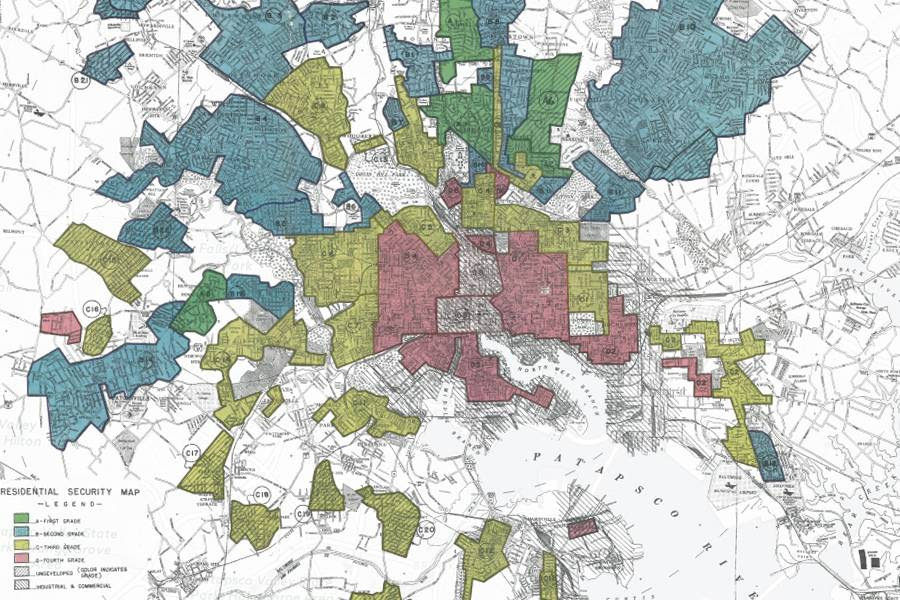 Recently, the New York Times profiled the South Philadelphia Black community of Grays Ferry in “Pollution is Killing Black Americans. This Community Fought Back.” Black Americans are “75% more likely than other Americans to live in so-called fence-line communities, defined as areas situated near facilities the produce hazardous waste.” South Philadelphia was red-lined in 1934 by the HOLC, with agents noting “’Negro encroachment in certain neighborhoods.’”

Nearby factories, including a massive 150 year old refinery “most likely contributed to the neighborhood receiving the lowest grade and a label as ‘hazardous’ making it difficult for residents to get approved for loans to buy homes.” So public housing units were located there instead, including complexes directly across from the refinery. At the time, “’Black leaders accused the [housing] authority of warehousing as well as ghettoizing the Black poor.’” Today, Black environmental activists are confronting the legacy of a community intentionally located on land next to 150 years of intense toxic pollutant emissions.

This is not unique to South Philadelphia. In 2007, the United Church of Christ released an update of its 1987 report “Toxic Wastes and Race in the United States” finding that “people of color made up a majority of the population in communities within 1.8 miles of a polluting facility, and race—not income or property values—was the most significant predictor.” A study published the next year determined that Black American families “with incomes of $50,000 to $60,000 were more likely to live in environmentally polluted neighborhoods than white households with incomes below $10,000. 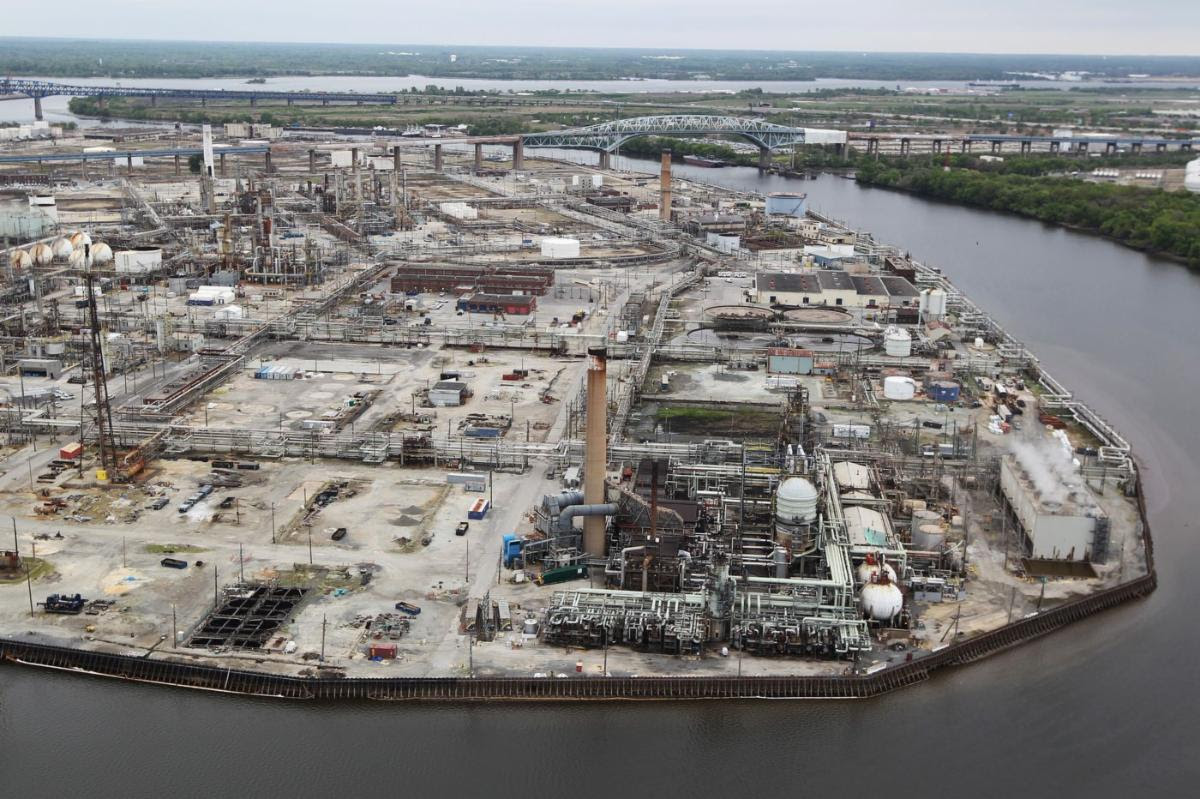 Land Made Small. And Hot.

The Trust for Public Land (TPL) recently issued “The Heat is On” documenting three core findings of new geospatial analysis of 14,000 cities and towns in the United States:

The TPL report also cites a 2019 study of 108 U.S cities that found a “strong correlation between exposure to deadly heat and the historically racist housing policies known as ‘red-lining’ …. The researchers … found that red-lined communities were the hottest neighborhoods in 94 percent of the cities. The study cited a lack of greenspace and tree canopy as the chief reasons for the disproportionate heat exposure.” 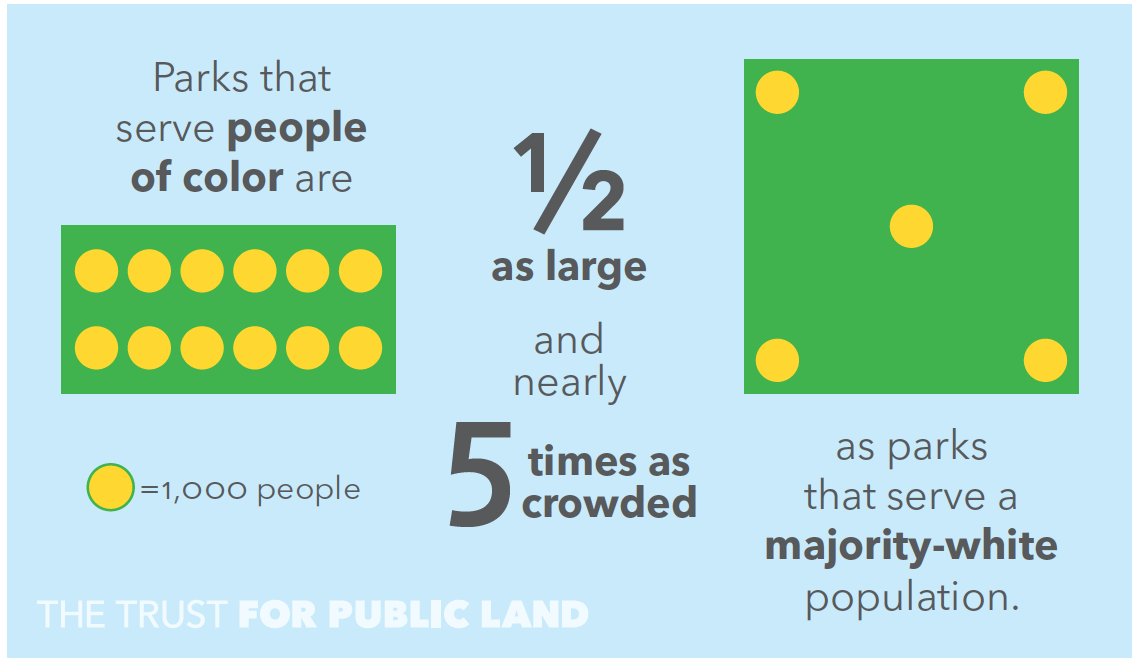 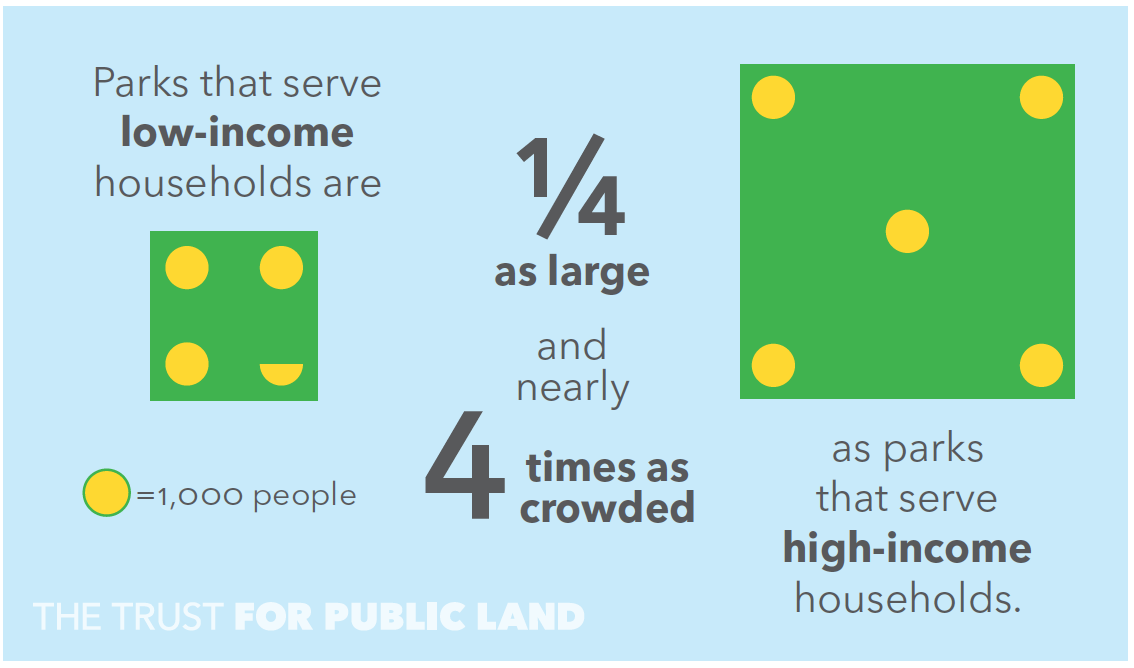 Past Lightning Updates have contemplated our role as conservationists in responding to a national reckoning with racial inequity. We have posed questions to consider.

But, perhaps we need to consider systematic approaches to redressing land wrongs. Systematic approaches that may push us beyond our traditional emphases and comfort zones. That create new definitions of conservation in relation to communities. That focus land conservation attention, policy, and resources on public health. On urban parks. Even on housing and homeownership.

The land wrongs described here poison our society, destroy our democracy. A number of you in the Chesapeake conservation community are already using your power to redress these wrongs and reclaim land for all. We need to join you.