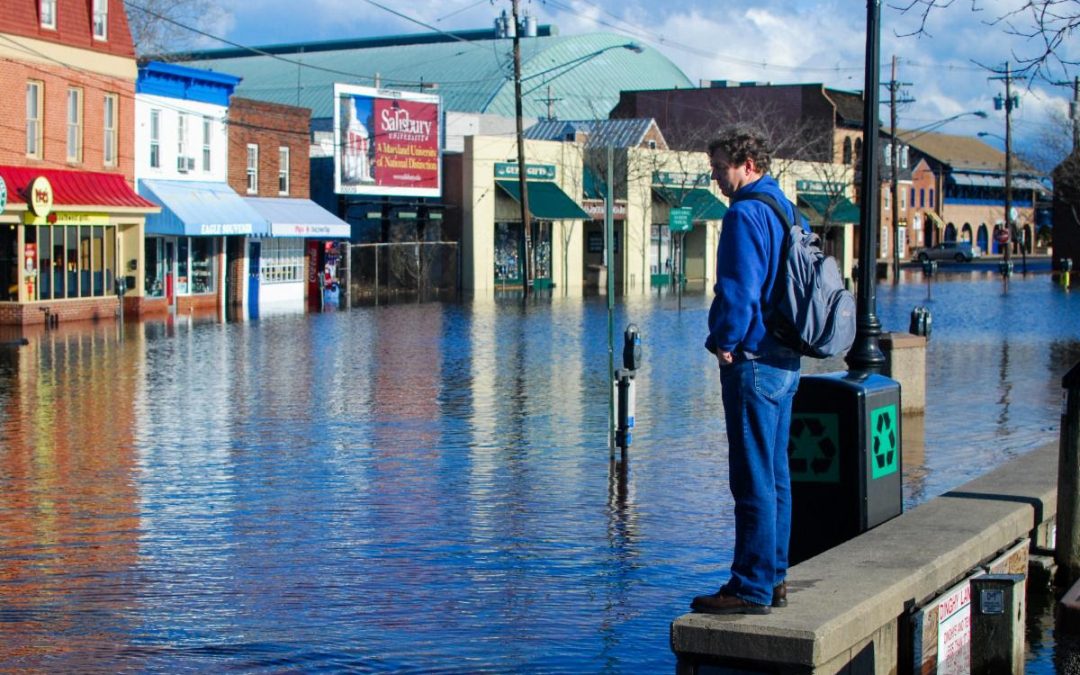 A man observes a stretch of Dock Street in Annapolis, Md., that flooded after the area received over three quarters of an inch of rain in 24 hours on Jan. 25, 2010. (Photo by Matt Rath/Chesapeake Bay Program)

For the past several months, the news has been filled with stories about drought, forest fires, flooding, and melting glaciers caused by climate change. Reports from COP26 — the recently wrapped up international assembly intended to tackle the climate crisis — document the likely implications of various global warming scenarios with potentially disastrous impacts on public health, food security and safety, as well as ecological balance that sustains the planet.

In the United States, a great deal of the reaction by elected officials at the national level has focused on the cost to reduce emissions of CO2 and other gases, including methane, that contribute to or cause the climate to warm. Billions and trillions of dollars are the currency being debated just to reduce emissions and not even reach the goal of zero or reverse the impacts of decades of industrial development.

A quick glimpse at the outcomes of COP26: The United Nations’ 26th Climate Conference ended this past Saturday with mixed resolutions. Several positive outcomes resulted from the conference, including a surprising agreement between the United States and China. The two countries agreed to enhance their efforts to cut emissions this decade and increase cooperation with one another in climate negotiations. Leaders of over 100 countries agreed to cut methane emissions by 30 percent by 2030. A similar agreement was reached on deforestation with over 100 countries, including heavily-forested Brazil and Russia, agreeing to end the practice by 2030. Other discussions involved the potential for a “loss and damage” fund that would require the wealthiest nations and largest greenhouse gas emitters to compensate smaller, more vulnerable nations for the consequences they suffer as a result of climate change. This fund differs from compensation for developing climate resiliency in more vulnerable nations. Overall, there are mixed feelings about the outcomes of COP26. As stewards of the Chesapeake watershed and our planet in general, it is important to remain optimistic, yet realistic. The promises made at the conference are steps in the right direction, but they are only beneficial if each country follows through with them. The first expectation of the U.S. government following their promises at the conference is an updated climate plan by 2022.

The message, often lost in political rhetoric or huge abstract numbers, is that addressing climate change will be expensive: we can spend to reduce the warming of the atmosphere or have to spend even more to recover from the impacts of dramatic changes in our environment. 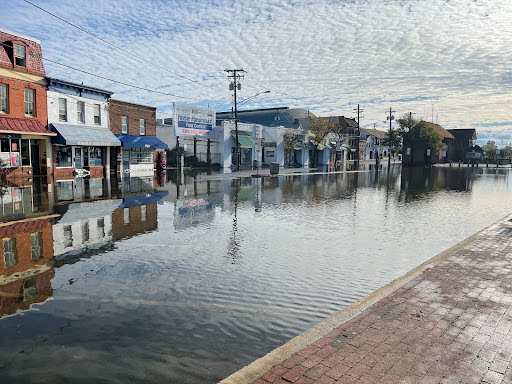 Coastal Flooding: On a global scale, a lot of numbers in the billions and trillions are discussed, but during the last week of October, the numbers 4.8 and 8 stood out: the range of water in feet above normal high tide that covered our shorelines around the Chesapeake Bay. These were the highest water levels since hurricane Isabel in 2003. A few feet of water in your yard and basement certainly brings the often esoteric climate science up close and personal.

This most recent flooding was caused by a combination of low pressure, onshore winds, and seasonal high tides. However, coastal flood events have become increasingly common: portions of the Annapolis City Dock, for example, are underwater 50 to 60 days a year, up from three to four days a year a half-century ago.2

Like much of the southern half of the Chesapeake Bay region, the land beneath Annapolis has been sinking since the end of the Ice Age. Sea levels have been rising due to changes in the polar ice caps. The mid-Atlantic may also be a hot spot for sea level rise because of the slowing of the offshore Gulf Stream. 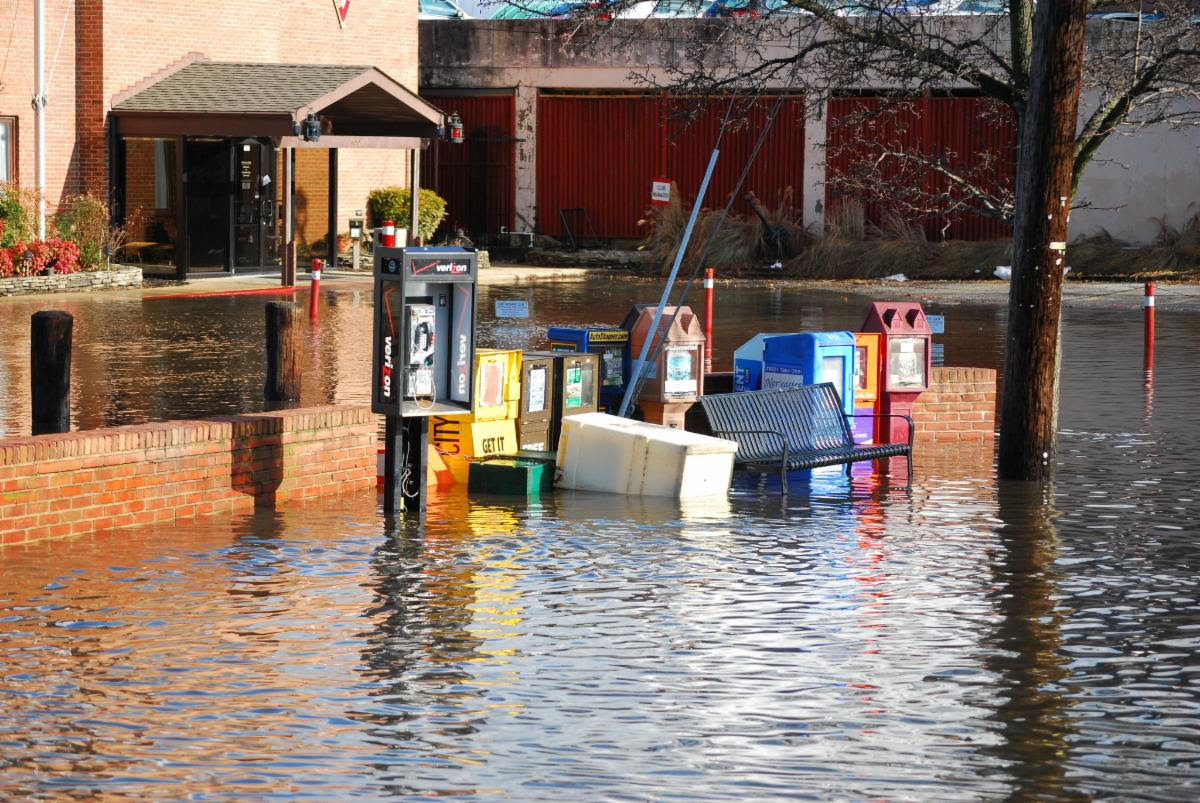 Coastal communities across the U.S. saw record-setting high-tide flooding last year, forcing residents to deal with flooded shorelines, streets, and basements — a trend that is expected to continue into 2022 and beyond without improved flood defenses, according to a new NOAA report. High waters are affecting coastal economies and crucial infrastructure like waste and stormwater systems and roads. As described by Mary-Carson S. Stiff of Wetlands Watch in a recent presentation to the CCP Annual meeting, elevating homes is not an adequate solution to this problem without elevating roads and utilities as well.

Inland Floods: Rainfall has relatively little immediate impact on the level of water in the Bay and the Ocean, but it leads to flooding of streams in the thousands of Bay tributaries. Intensifying rainfall fueled by climate change has caused nearly $75 billion in flood damage in the U.S. in the past three decades, Stanford University researchers confirmed.

Crowdsourced Data: The scope of the coastal and upland flooding problem is well documented and is being enhanced by citizen initiatives to chronicle impacts. For example, King Tides Project International is an initiative delivered by a network of organizers on coastlines around the world. They are citizen scientists, capturing data and images showing what the future sea levels will be and what is at risk.

Closer to home, MyCoast: Maryland is a project of the Chesapeake & Coastal Service at the Maryland Department of Natural Resources. It provides a portal to collect and analyze pictures and data relating to flooding caused by precipitation or coastal events. Information collected through the site is used to visualize the impacts of flood events, to enhance awareness among decision-makers and residents of Maryland and to encourage action to reduce flood risks. 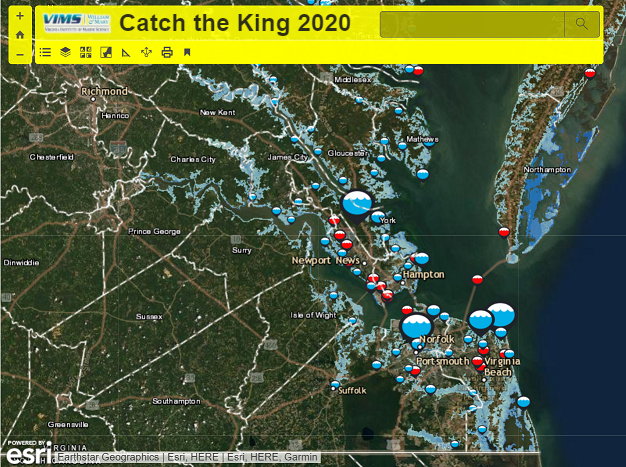 A similar program in Virginia has mobilized volunteers in boots who were out measuring the tide levels during this month’s flooding event. From Chesapeake Bay Magazine: The “Catch the King” tide program, operated by the Virginia Institute of Marine Science (VIMS), “is touted as the largest volunteer environmental survey in the world. In November 2017, water levels were measured at almost 60,000 locations by 722 volunteers, earning the survey a spot in the Guinness World Records book. Scientists use this detailed information to tweak their computer models, so future water levels and flooding events can be predicted with more accuracy. This will be especially important to waterfront communities as flooding becomes more frequent in the future.”

Finding New Solutions: Most aspects of the built environment in cities today are designed to drain away water as quickly as possible. Rain pours off of roofs, over paved sidewalks and roads and down into sewers, where it is then redirected to streams, rivers, or lakes and eventually meets up with the Bay or ocean. More intense storms and increased rainfall, then, can add volume to water bodies, causing them to overflow into the surrounding land. The traditional approach to large water events like floods and storm surges has been to engineer the water out of the way, using built structures such as culverts below roads, seawalls, levees and flood barriers. This means that cities could face billions of dollars in flood and storm damage as climate change worsens and overwhelms that infrastructure. 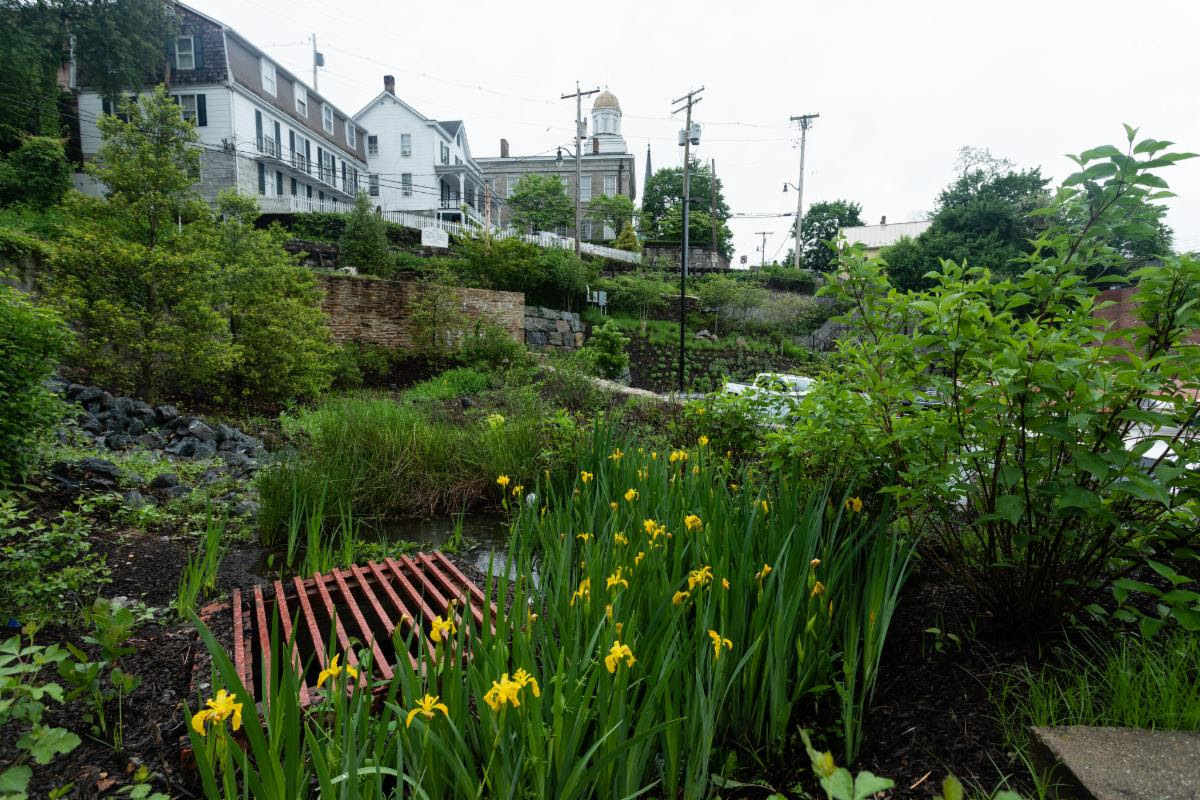 In drought-prone areas, especially, capturing and reusing a lot of that water could be beneficial. Now, infrastructure experts are pushing for urban spaces to be reimagined as sponges—not just by restoring marshlands, but also with more parks and gardens soaking up stormwater. Natural filtering systems from green infrastructure and other permeability solutions such as using porous paving all help by absorbing water and slowing it down.

Mobilizing citizens to collect data and document the impacts of flooding is helping to motivate public officials to find solutions to the challenges ahead. Public involvement may add new pressure to follow through on promises and plans at local, state, national and global scales. Infrastructure—so much in the news of late—presents both challenges and opportunities for improving both the built environment and how we adapt and mitigate for climate-induced environmental impacts. Future Lightning Updates will highlight some of the tools, techniques, and financing sources available to cope with rising water levels.