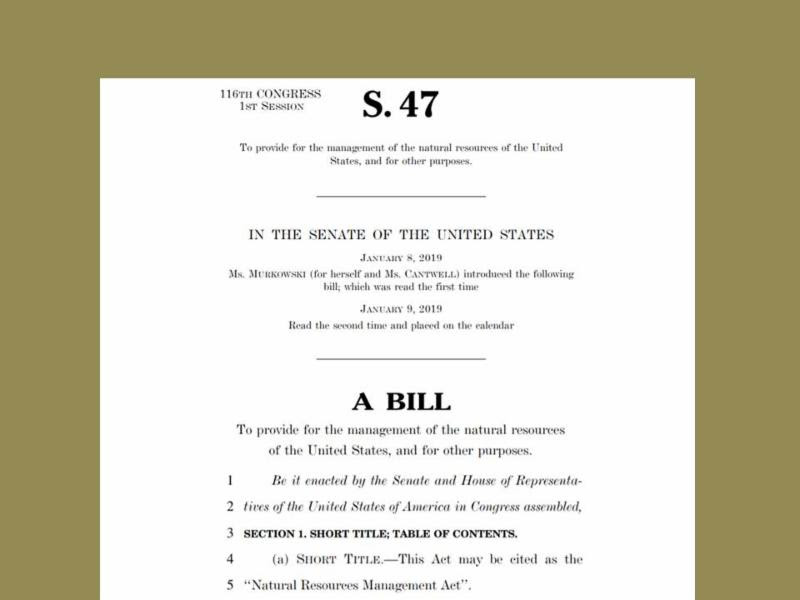 On Tuesday, the U.S. Senate passed the “Natural Resources Protection Act”, touted as the biggest conservation bill of the decade, by a vote of 92 to 8. The measure now goes to the House of Representatives, where passage is reportedly also expected.

The 662 page bill has significant conservation benefits for the western U.S. including expanding wilderness protection by 1.3 million acres, and withdrawing lands around Yellowstone National Park from mining. A number of new parks are protected as well. It also reauthorizes the Neotropical Migratory Bird Conservation Act, which provides funds for protecting habitat nation-wide.

The biggest benefit for the Chesapeake region is the permanent reauthorization of the Land and Water Conservation Fund (LWCF). A bi-partisan coalition has been working towards this for over a year and effort continued after the fund’s authorization expired last fall.

LWCF, financed through revenues from offshore oil & gas leases, has protected vast acreages and benefited every state since established by Congress in 1964. Thanks to collaboration through the Chesapeake Conservation Partnership, in recent years LWCF provided funds to protect Werowocomoco along the Captain John Smith Chesapeake National Historic Trail, lands at Blackwater and Rappahannock River Valley National Wildlife Refuges and the George Washington and Jefferson National Forests, and more. LWCF grants to Chesapeake watershed states support a variety of conservation and recreation projects.

To read more about Senate’s passage of the bill, check out this story in the Washington Post.