The Capitol. American Democracy. And Our Responsibility. 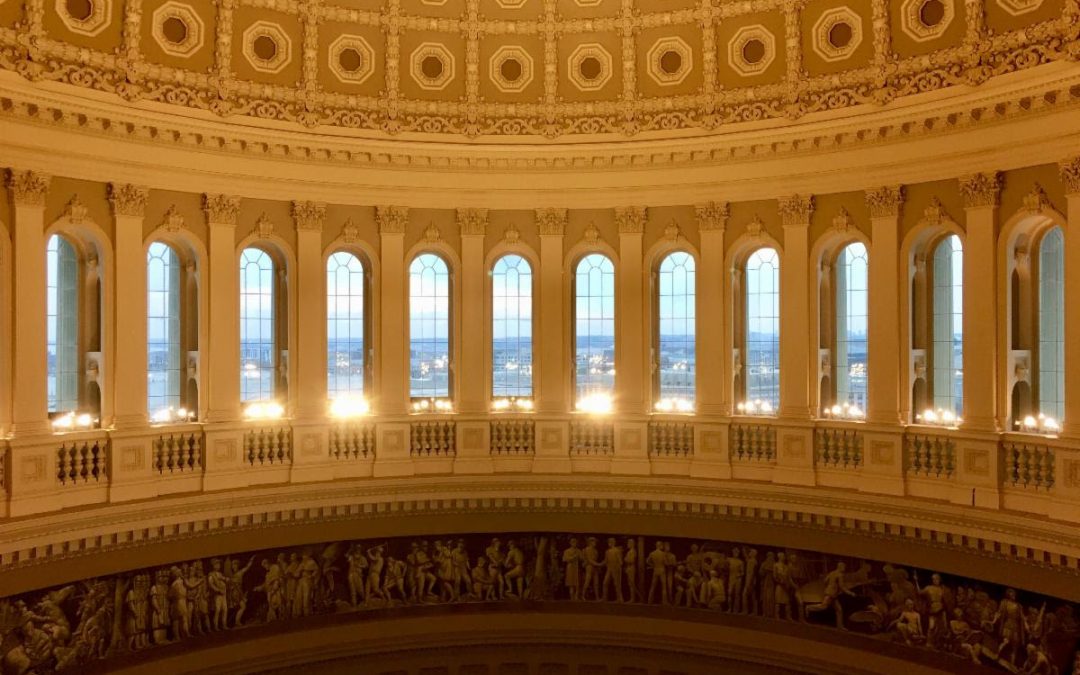 Under the U.S. Capitol dome. (All photos: J. Doherty; drawing: Architect of the Capitol)

Many are still processing what happened to our nation last week and trying to understand what comes next. We are also. What is clear is the time for silence has passed, and so today’s message is our response to this moment. We are two conservationists, two public servants seeking to uphold our oath of office and our agency’s and program’s mission as stewards and storytellers. 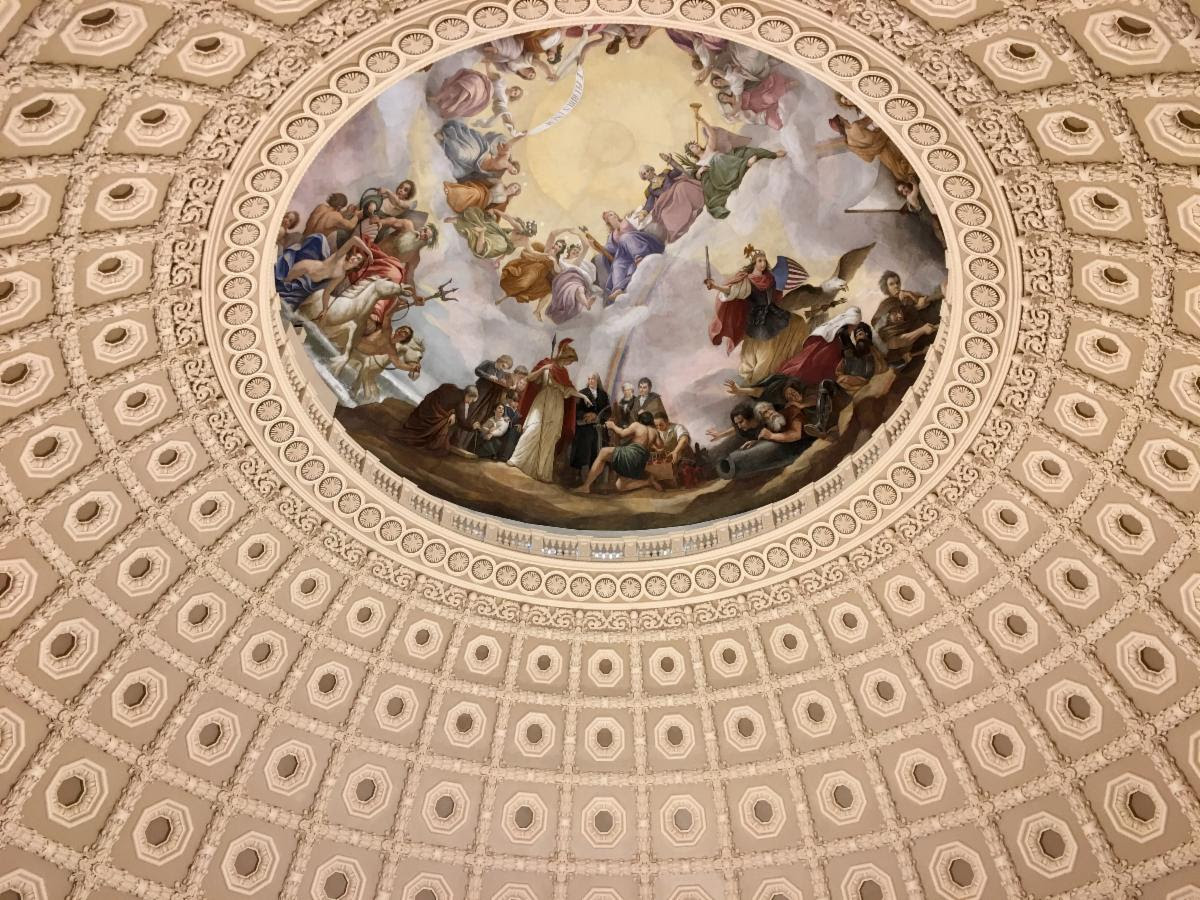 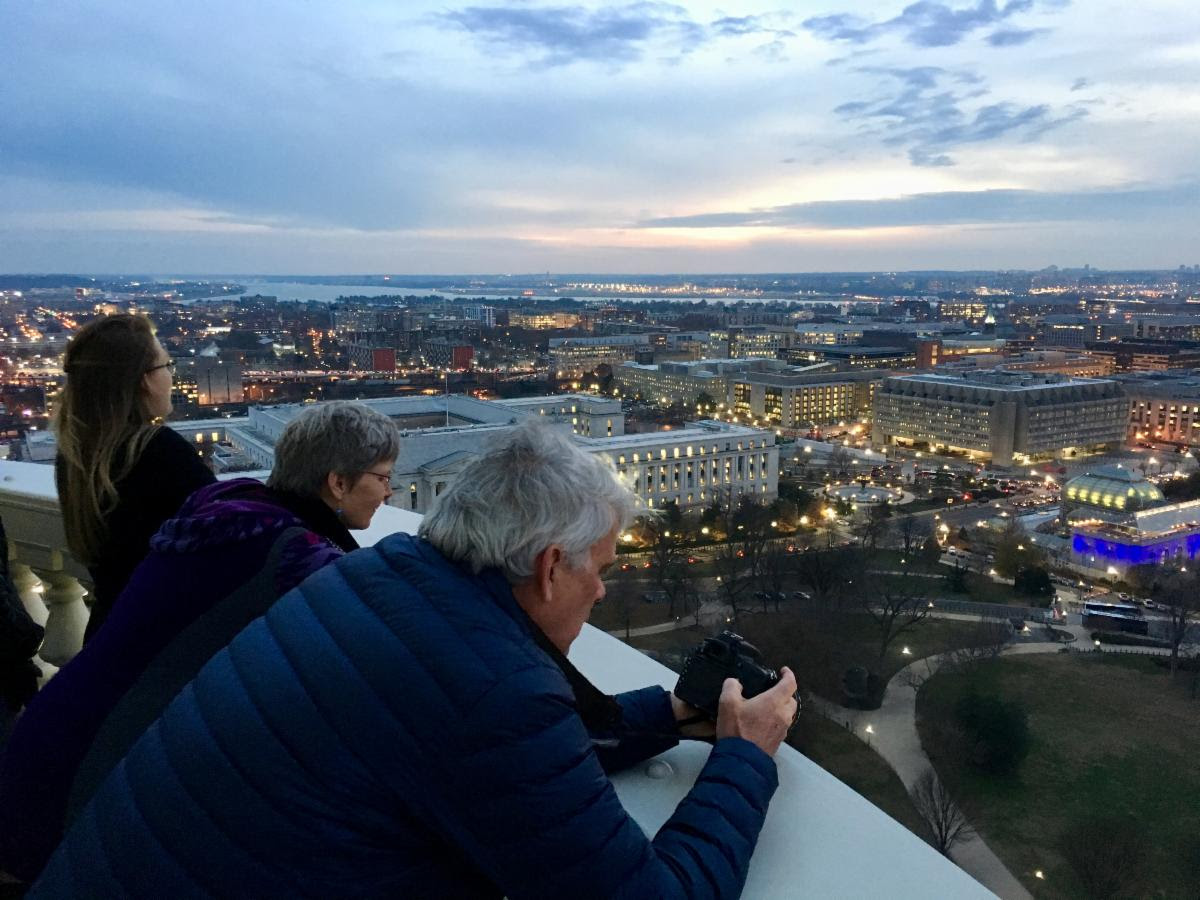 Last Wednesday was a terrible day for our nation, and there is an urgent need to investigate security disparities and failures and hold accountable those responsible for the deadly breach of the U.S. Capitol.

The violence was shocking, yet sadly not surprising. Egregious lies and conspiracy theories have radicalized Americans, empowered white supremacist and hate groups, and caused a protest to become an insurrection that ransacked our nation’s Capitol.

The way the Statue of Liberty is a universal symbol of hope and freedom, the Capitol is a shrine to democracy around the world. It is one of America’s most revered spaces. To see it overtaken by a rioting mob felt personal.

We are both fortunate to have had truly meaningful moments experiencing the power of place and grandeur of the Capitol building and complex over the years. One of us witnessed the governing of our nation during a six-month congressional fellowship as a young National Park Service employee and later served with the NPS in Washington, partnering on events at and in the shadow of the Capitol. The other of us thinks back two years ago to one of the most memorable experiences in Washington during a special tour of the Capitol, which included the rare treat of ascending the Capitol dome to the outside walkway below the Statue of Freedom.

We know many of you also have special connections to the Capitol. After last week, these moments and experiences are front of mind for us. As is the oath of office we took decades ago upon becoming Federal employees:

“I do solemnly swear that I will support and defend the Constitution of the United States against all enemies, foreign and domestic; that I will bear true faith and allegiance to the same; that I take this obligation freely, without any mental reservation or purpose of evasion; and that I will well and faithfully discharge the duties of the office on which I am about to enter. So help me God.”

To meet our oath and well and faithfully discharge the duties of the National Park Service, we must connect across all sectors of society and tell the full complex stories of America.

An example is the Statue of Freedom, the proud female figure with a crested helmet and sword standing atop the Capitol dome set to protect the nation. While celebrating this bold powerful image, it is also important to discuss and acknowledge the reality of the statue’s origin.

As the Architect of the Capitol notes, “the story of her casting reveals that some of the people who worked to create Freedom were not themselves free.” Construction of many of the original signature buildings of the Capitol complex also relied heavily on the labor of enslaved people.

Immigrants too. Many of the frescoes and murals on the Capitol’s interior, including the 4,664 square foot fresco in the Rotunda’s dome, the Apotheosis of Washington, were painted by an Italian immigrant, Constantino Brumidi.

There are more, but this is not intended as an overview of Capitol history. Rather, it is a reflection on the meaning and opportunity of sacred and special spaces. That carefully preserved building — the Capitol — commands one to consider the cherished aspirations, shortcomings, and fragility of American democracy, an ever-unfolding story, as 2020 and the first week of 2021 have shown.

Consider this observation from an article, “A Failure to Educate,” published January 8:

“If we needed a reminder of the fragility of our democracy, we got one,” said Andrew Delbanco, president of the Teagle Foundation and Columbia University professor. “In the long run, the only force that can save democracy is an educated citizenry ….” 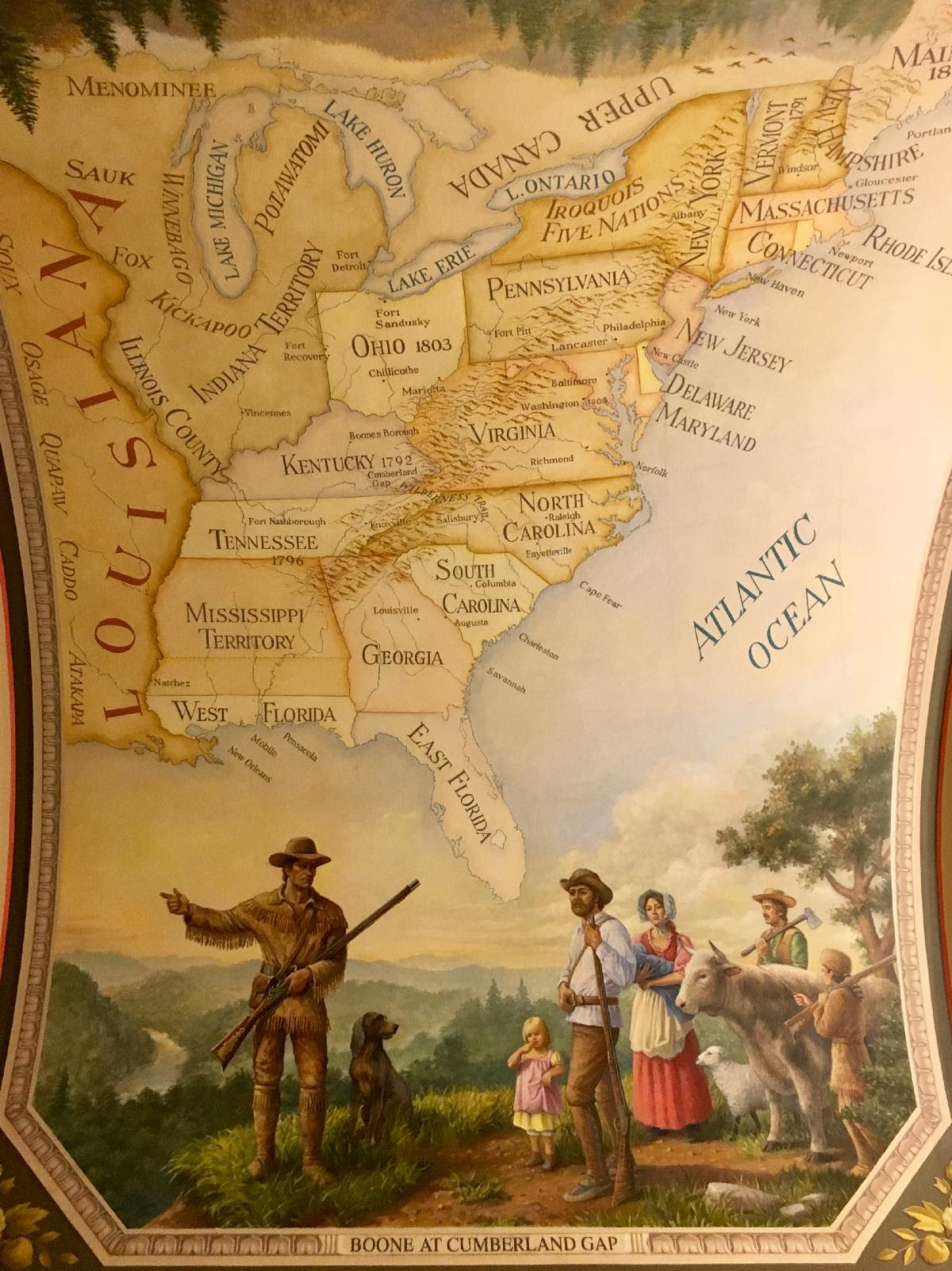 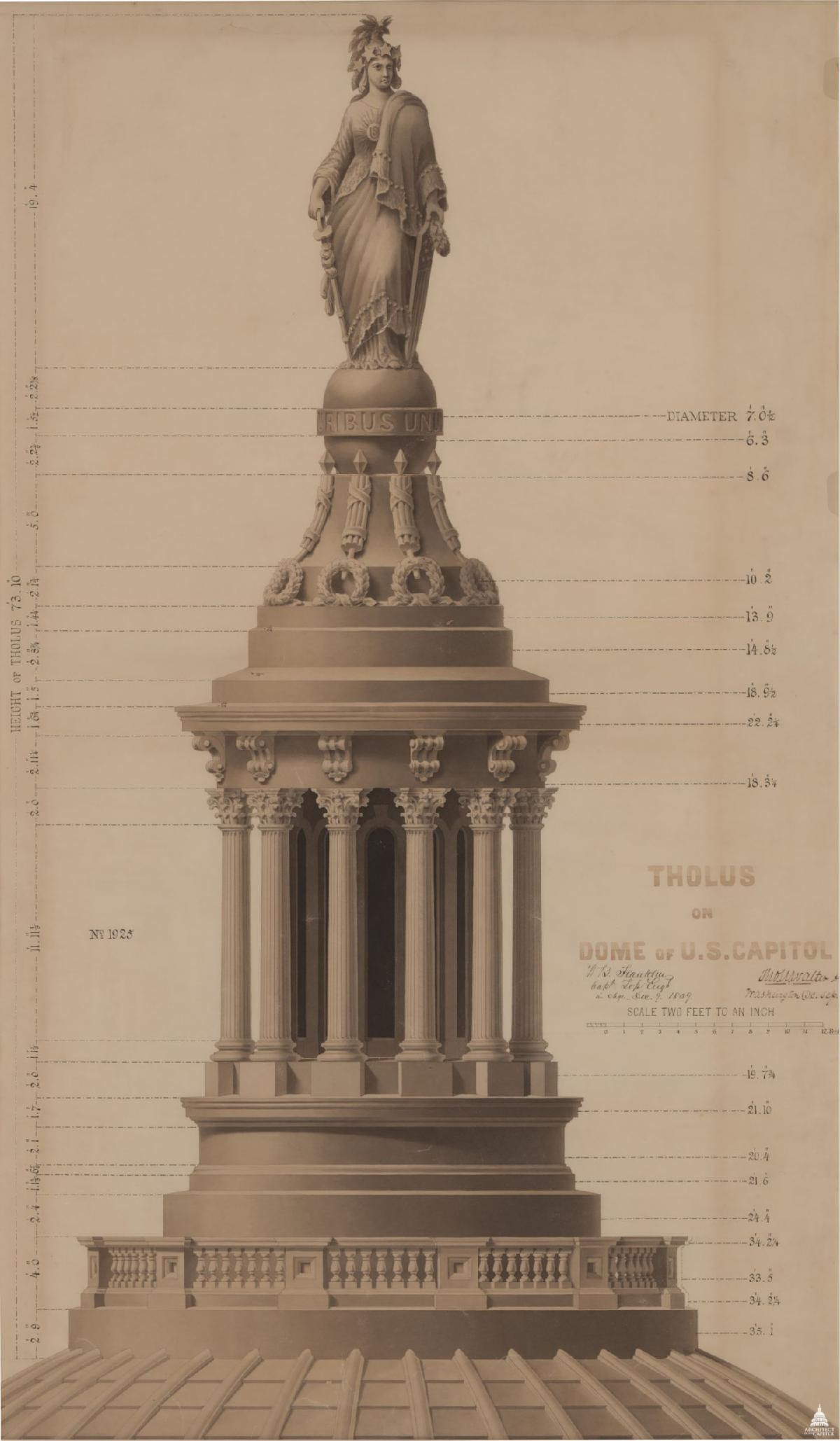 This sentiment is an echo of the words James Madison wrote to Congress in 1810, “that a well-instructed people alone can be permanently a free people,” in the context of advocating for a national “seminary of learning” and “temple of science” to strengthen democratic government. The James Madison National Memorial is one of three U.S. Capitol Complex buildings that house the Library of Congress.

Here are a few other timely, thought-provoking quotes that may have lessons to teach us in this moment:

The dogmas of the quiet past are inadequate to the stormy present. The occasion is piled high with difficulty, and we must rise with the occasion. As our case is new, so we must think anew and act anew. Abraham Lincoln

Knowledge is the prime need of the hour.
Mary McLeod Bethune

I don’t for a moment believe that we can turn back the wheels of progress.
Theodore Roosevelt

Perhaps no place in any community is so totally democratic as the town library.
Lady Bird Johnson

Freedom of the press is not just important to democracy, it is democracy. Walter Cronkite

America is a melting pot, and education has been a mainspring for our democracy and freedom, a means of providing gifts of knowledge and opportunity to all citizens, no matter how humble their background, so they could climb higher, help build the American dream, and leave a better life for those who follow.
Ronald Reagan

Make a career of humanity. Commit yourself to the noble struggle for equal rights. You will make a better person of yourself, a greater nation of your country, and a finer world to live in. 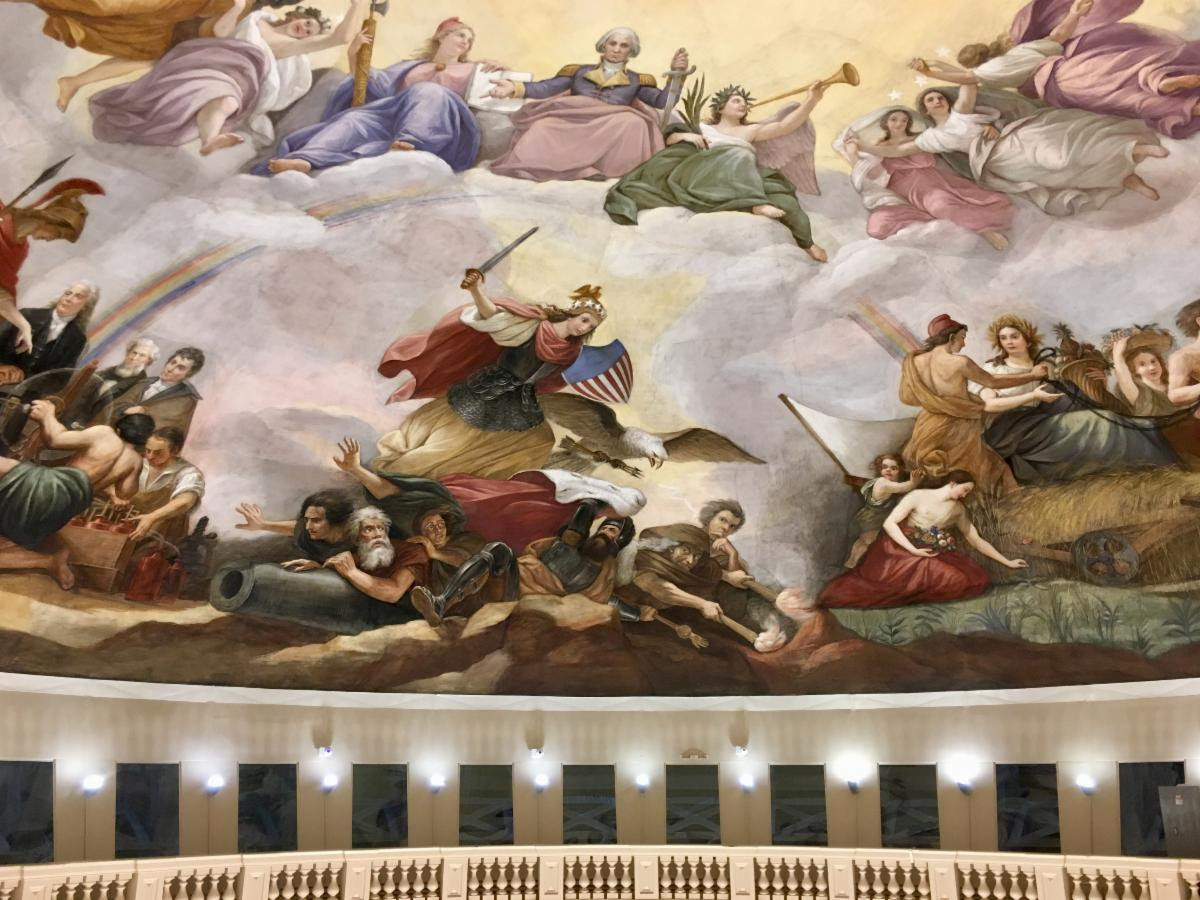 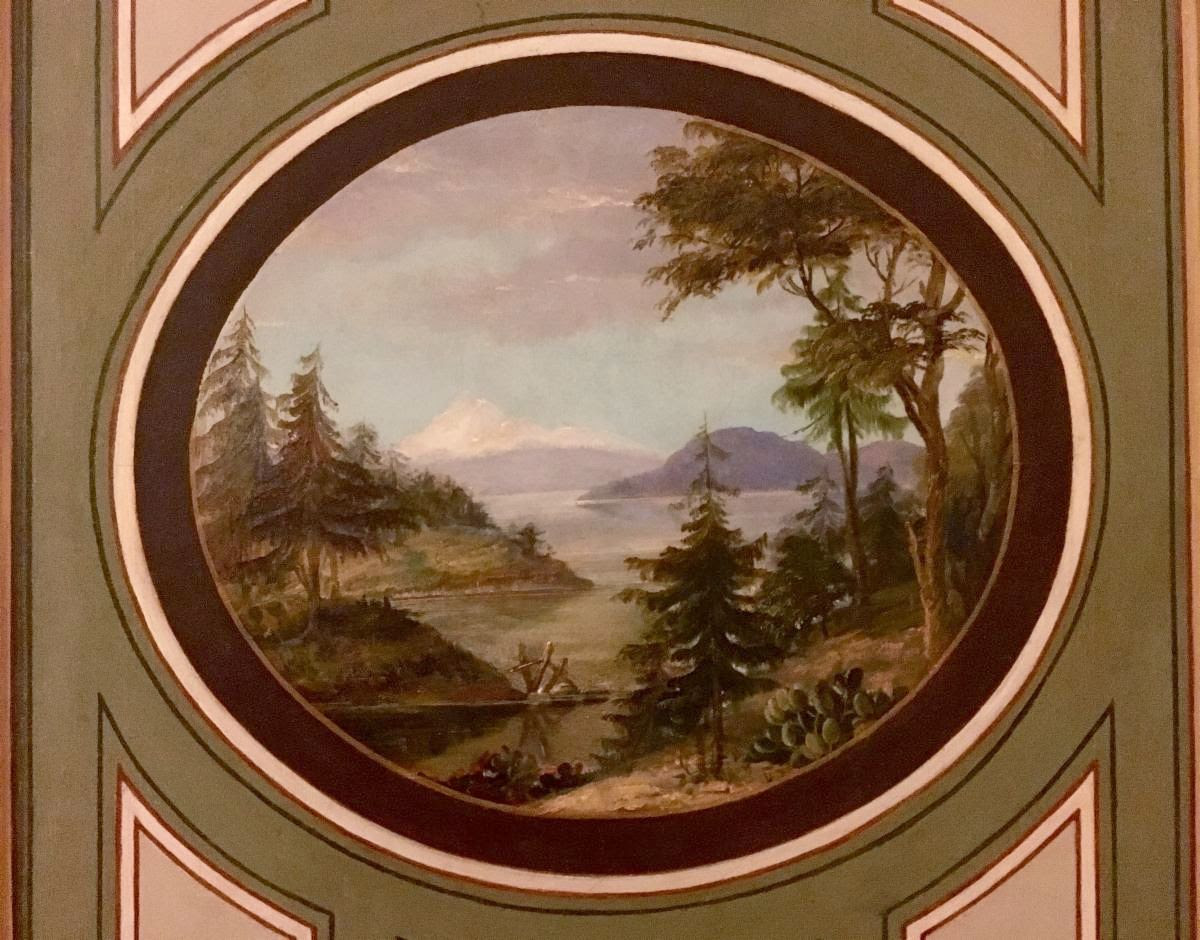 The connections and intersection between democracy, conservation and stewardship, historic preservation, education, and recreation are clear to us. We suspect they are to you as well.

As stewards of American heritage and stories across the Chesapeake region, we have a special responsibility. And an opportunity. These spaces, the places Americans are drawn to for recreation and restoration can also help sustain American democracy. Like the critique of K-12 education from “A Failure to Educate”, we must not tell “uncontextualized history that looks more like mythology.” And we should use our spaces to help people “interrogate the narratives of those who came before us.”

Many in the conservation and historic preservation community are already committed to this and know there is more work to do. Those of us who steward protected spaces, manage the iconography of our nation, our states, and our communities. We manage:

The National Park Service has pursued this under the rubric of civic engagement — “a continuous, dynamic conversation with the public on many levels that reinforces public commitment to the preservation of heritage resources, both cultural and natural, and strengthens public understanding of the full meaning and contemporary relevance of these resources. The foundation of civic engagement is a commitment to building and sustaining relationships with neighbors and communities of interest.”

These are not new ideas. But the events of last week, last year, and too many years before that demonstrate the urgency of pursuing it more deeply and universally. Through our interpretation, our education programs, our school partnerships, our community relationships, and our preservation of underrepresented places.

The attack on our democracy failed. Congress resumed the people’s work, and in one week the country will gather to watch a core bedrock of our Democracy, the peaceful transition of power as the next President takes the Oath of Office. We hope the ongoing threat of violence subsides as this great American experiment moves forward.

Last week the NPS released its draft framework for the upcoming semiquincentennial of the founding of the nation. The vision statement reads that through “…unparalleled sites, stories, programs, and resources, the America 250 Commemoration engages diverse voices in a collective dialogue of this nation and its history; connects people to the past as we envision our shared future; and inspires participation in furthering our nation’s democratic ideals.”

We must be all in. We must individually and collectively work to uphold the ideals of our democracy. 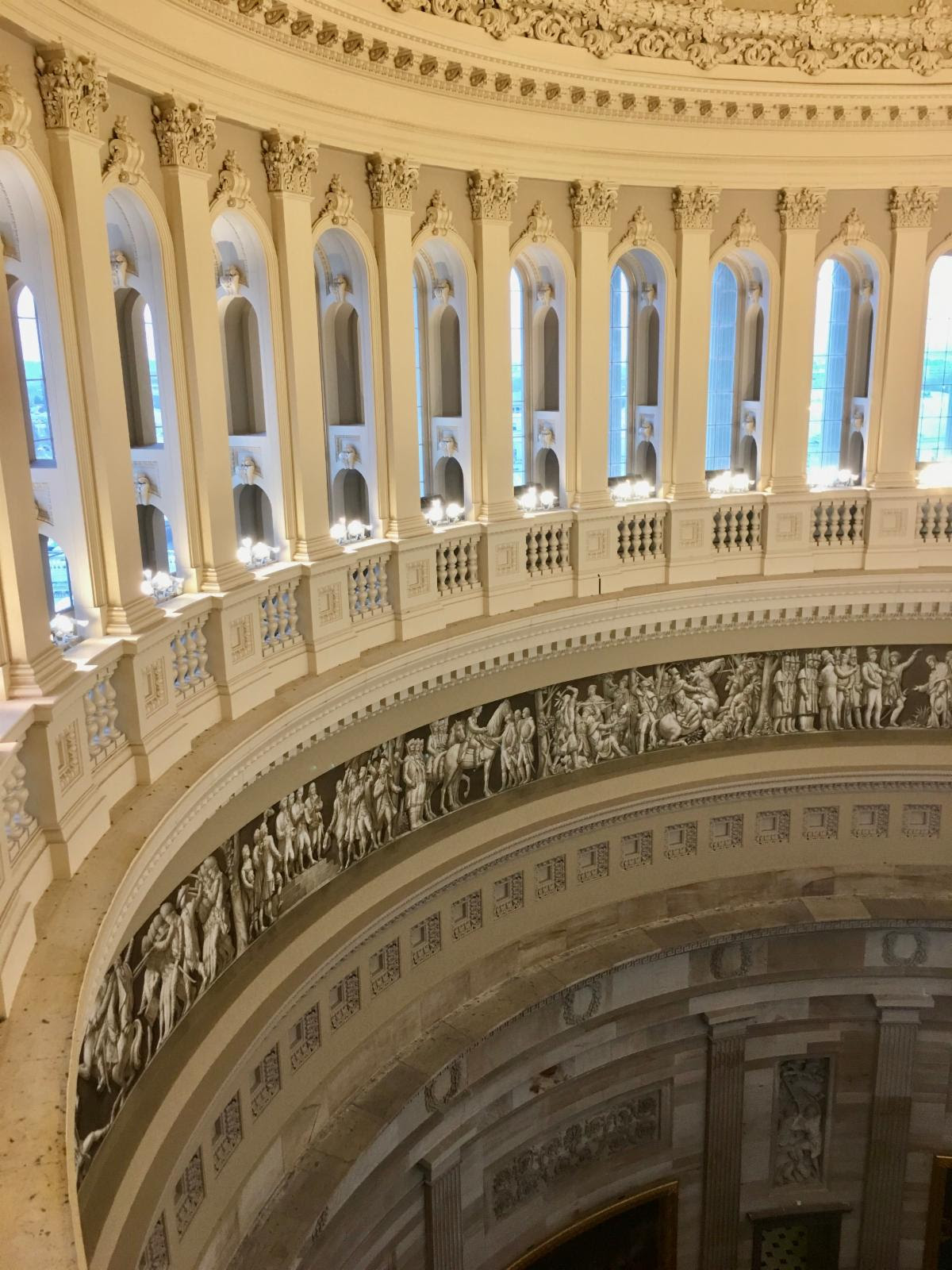 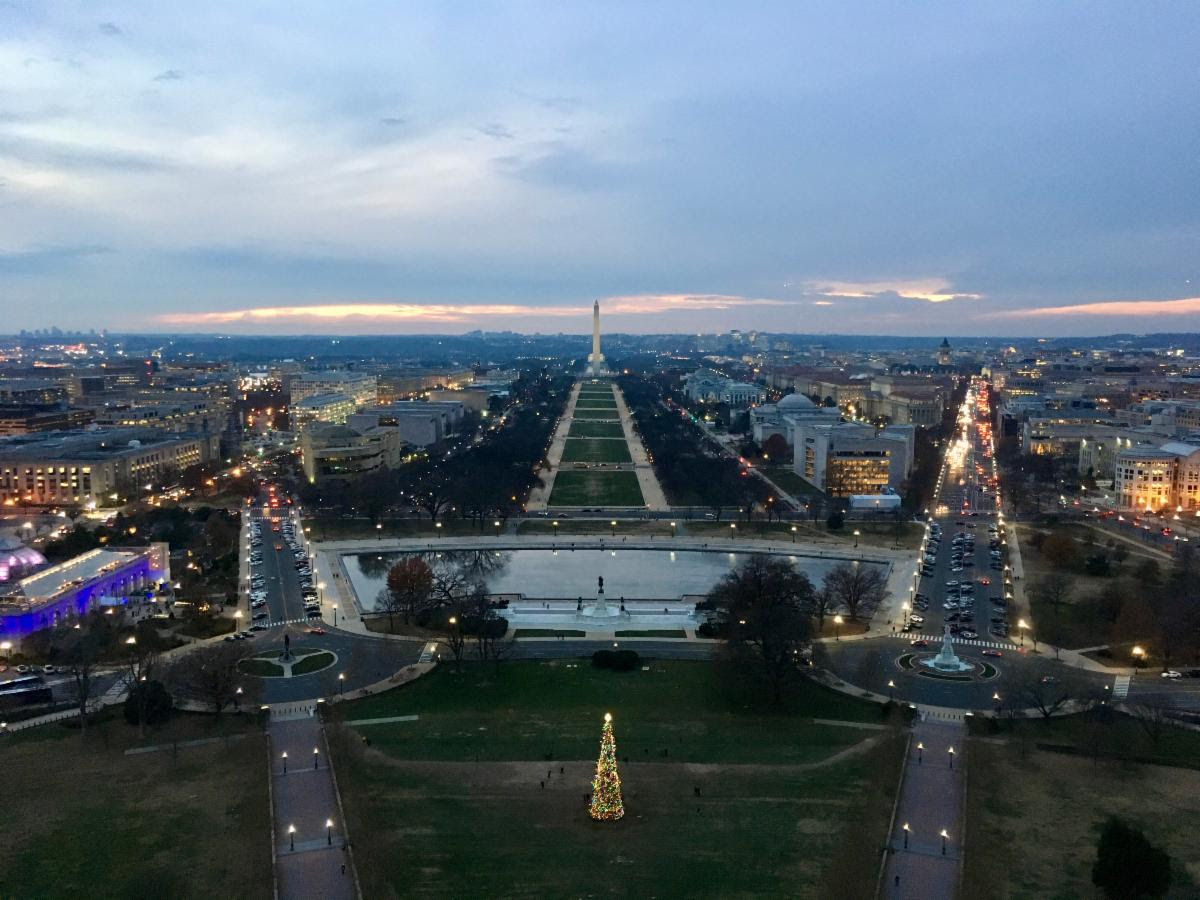