The Future of Cities. And All They Affect. 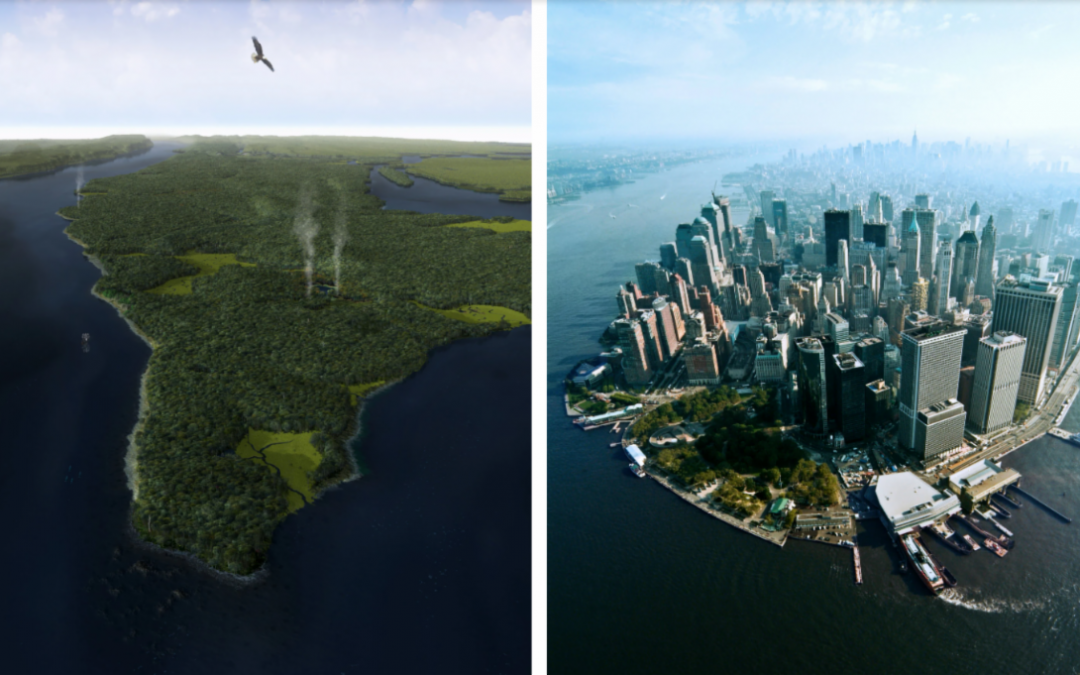 The land of and around cities has changed before. How will it change in the future?

Seventy percent of Chesapeake watershed residents live in urban areas. So the future of cities is pretty relevant to many of us. Covid-19 is already stimulating a discussion of how cities will change. Last week we explored one aspect of this, the future of public open space. This week, we look at broader influences in relation to conservation.

Cities change over time, and influence everything around them. A remarkable, visual depiction of this for one city is the Mannahatta Project. Check out the fascinating video at right. Or, stroll through Manhattan on a virtual walk with conservation ecologist Eric Sanderson, published in the New York Times last week. Just the commentary on the city’s evolving water needs–which led to significant conservation far beyond–makes it worth the read.

But what else influences how cities change? Steven Conn, professor of history at Miami University in Ohio, describes this in an important new article in The Atlantic: “A Make-or-Break Moment for Cities.” We often ignore, or are unaware of, some of the policy forces on land use change. Consider this reminder from Conn on how 20th century political leaders decentralized cities through four policies, some of them racially tinged:

“First, the government made the postwar suburban boom possible through an enormous expansion of federally subsidized mortgage money. Thanks to redlining practices, pioneered during the New Deal, comparatively few of those mortgages were available to residents of cities. Second, with the Federal-Aid Highway Act of 1956, it created the transportation infrastructure necessary to live in the new auto-centric suburbs….

Third, and probably less well known, the federal government facilitated the shift of jobs and people out of the Northeast and Midwest and into the South and Southwest. The funding for this didn’t come in the form of mortgages so much as defense contracts…. Finally, there was ‘urban renewal’ itself, which at its worst—and it was often at its worst—fostered ‘we have to destroy the city in order to save it’ projects.”

This led to the hollowing out of cities by the 1970s. And it fueled the suburbanization that gobbled up farm and forest land around cities.

But the decades that followed, influenced, Conn writes, by a “new urbanism” set of planning policies has led to an urban renaissance, highly visible in Washington and many other cities, though certainly not equitable in all its effects. It’s essentially about making density work. By the 2000 census, many cities, once losing population were posting big gains in residents.

Now density suddenly feels like a public health threat and an existential challenge for core urban strategies. Already, public transit, commuting, and traffic in our region and elsewhere appear in dynamic flux. A retrenchment from recent trends would have significant landscape impacts.

So, how does this inflection point create a positive direction for conservation values?

In April 2019, National Geographic asked the architectural and urban planning firm Skidmore, Owings & Merrill how they would design a city of the future with nature and sustainability in mind. The results–a city of 2050–might at first seem fantastical. But, probably no more so than 2020 new urbanism cities did in 1970. The concepts embrace climate resiliency, local agriculture, protected areas, green streets and roofs, and much more.

These are pre-pandemic illustrations, but the concepts are the very things needed for achieving a more sustainable future. What does it take to get there?

Steven Conn writes that things as diverse as immigration policy (regeneration of cities is fueled by new are fueled by new arrivals), banking and housing policy (expanding opportunities in cities for working- and middle-class people), and climate policy (energy efficiency and carbon taxation are good for cities) can drive change. 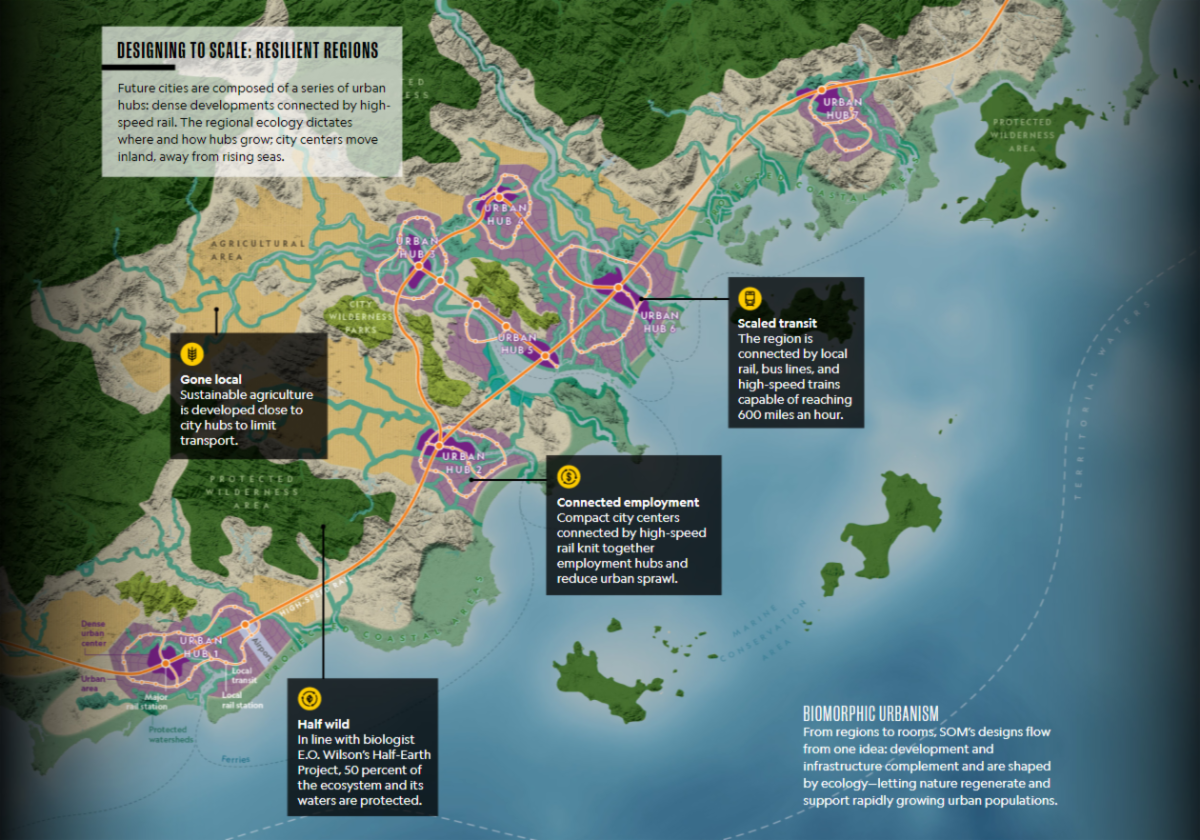 “Designing to Scale: Resilient Regions,” an illustration of how cities should be influenced by regional ecological values.

He reminds us: “If that all seems utopian in this political moment, then remember that we’ve been here before. There were whispers after 9/11 too … Cities are too crowded—it makes them easy targets for terrorists. Terrorism did not, in the end, cause an urban exodus, though it did change the way we live in cities…. Cities have proved resilient in the past—whether Philadelphia after the influenza pandemic of 1918 or Cincinnati after the cholera epidemic of 1849. But I do expect that COVID-19 will change our cities once it burns itself out.”

The challenge for us as Chesapeake conservationists is think and work inclusively on policies and strategies that advance our goals. Policies that influence sound land use, healthy cities and communities, climate resiliency, biodiversity, and more. No doubt the economic climate will be a challenge. But we can’t simply go back to “normal.” Normal wasn’t working well enough.