The Future of Public Open Space 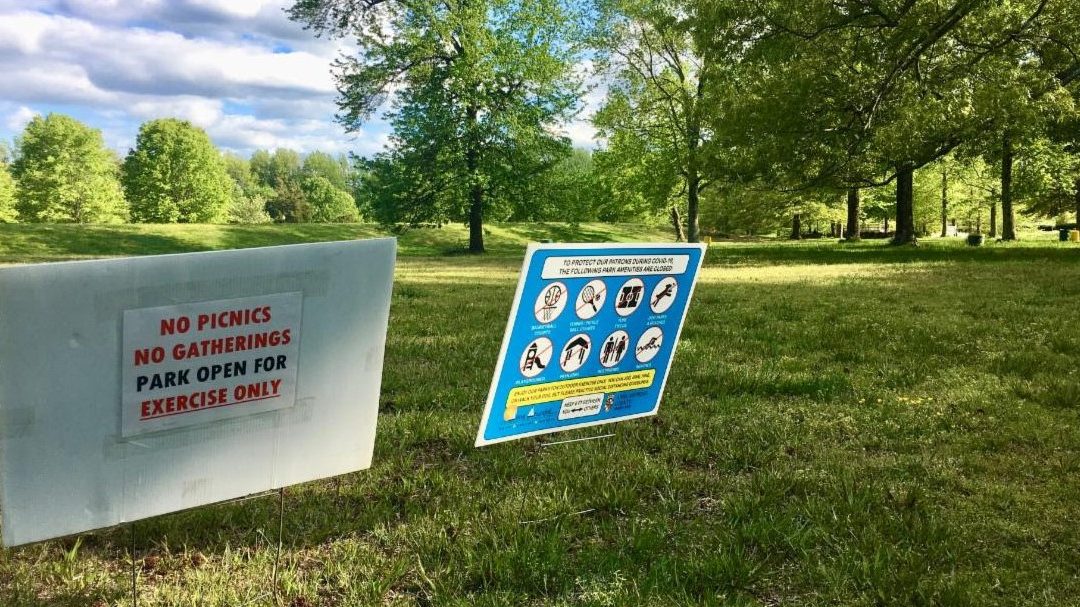 The use and nature of public open space is already changing. Where will it go? How will it evolve? What do we need to do to make it more available and equitable?

The global pandemic has almost instantly impacted public open space. Both for good and bad. On the down side, many spaces are closed off. And the impacts are not felt equally across all demographic groups and neighborhoods. On the upside, people’s appreciation of parks and open space is greater than ever, as we have noted before.

The exploration of how public open space will evolve is already underway, as Ted Anthony considers in “American public space, rebooted: What might it feel like?” It’s hard now to forecast the future, says John Stilgoe, Harvard Professor in the History of Landscape Development: “Technology is reshaping what it means to be in a public place. How do you define the ‘public realm’ when an enormous percentage of the American public spends the majority of its day in its pajamas?” But the demands of social, or physical, distancing–not likely to go away immediately–are forcing dramatic adjustments.

Conservationists don’t often think of restaurants as public open spaces, but in fact they function as part of the public realm. Few parts of the public space have been more impacted. Those thinking seriously about the post-pandemic future of those spaces are clearly seeing a vastly different future, in many interconnected ways. Some restaurants and cities are already experimenting with expanding into outdoor public open spaces.

Given just this one example, what other changes in use of public space are already happening? John Surico outlines some of them in “Need More Outdoor Public Space? Maybe Cities Already Have It.” Here are a few samples of what Surico lists as being explored:

Golf Courses: Some cities are turning urban golf courses over for general public recreational use, at least as long as pandemic closures remain in place. 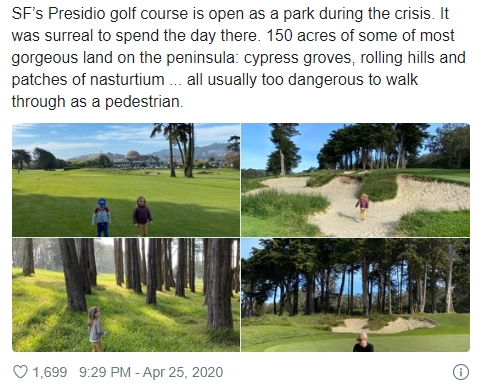 Cemeteries: Cemeteries were among the original 19th century urban parks. Some have stayed open to allow for public recreation, but there are challenges. 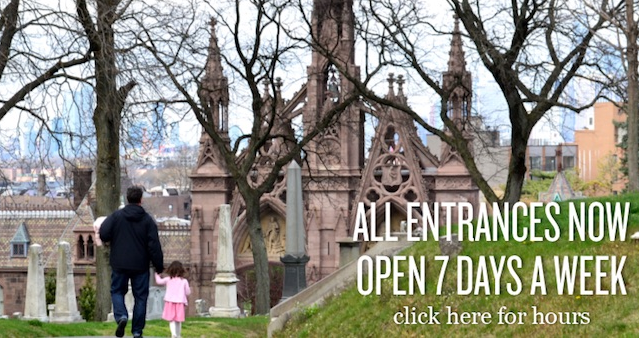 Streets and Parking Lots: Parking lot demand is down 90%. Transit is changing. Some cities, like Boston are contemplating taking over lanes and lots for open space. 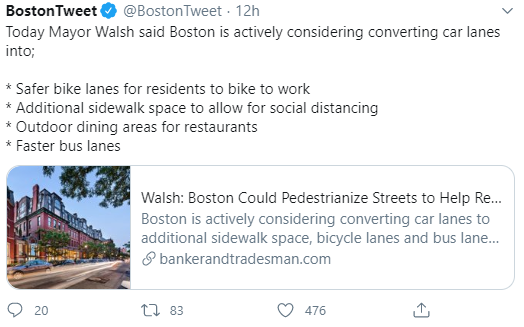 Three authors working to influence this in relation to grant-making write about “The Urgent Need for Nature During and After COVID-19.” They briefly review the increasing scientific evidence of the health-nature connection, including a 2018 systematic literature review that looked at many health outcomes, based on studies covering 290 million subjects of diverse ages in 20 countries. They note that “some studies found that the association between greenspace exposure and positive health outcomes was stronger for people with low socioeconomic status and living in communities most negatively impacted by systemic racism, trauma, opportunity gaps, and other challenges.” 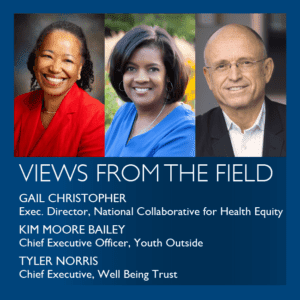 They call for investments in “backbone organizations” that conduct research, build capacity and support systematic approaches to addressing inequities in open space. Plus, they argue the need for policy initiatives at the local, state and federal level, including examples like Youth Outdoors Policy Partnership’s policy playbook. And “at the local level, we need to invest in and create more parks, greenspaces, urban agriculture, and outdoor learning, adventure and camping programs, especially in neighborhoods where they don’t exist.”

This is the time to use the moment for progress. It’s worth 2 minutes to view this video of city planner Brent Toderian outlining his top 10 list of how to create new public open space through streets and parking lots. One of the top ten: “Do it. Do it already.” The message(s) may apply to more than just streets.

Remember, picnic areas closed overnight in parks throughout the region (see image below). Out of necessity, it’s possible many will not reopen anytime soon, likely impacting some demographic groups more than others. Given how quickly things are changing, we should all be considering–and acting upon–the changes needed to advance public open space. 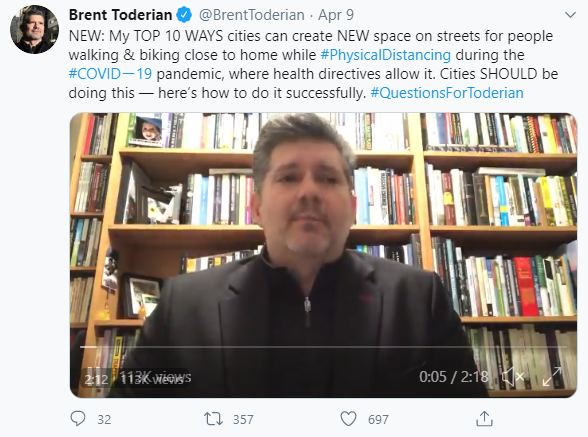 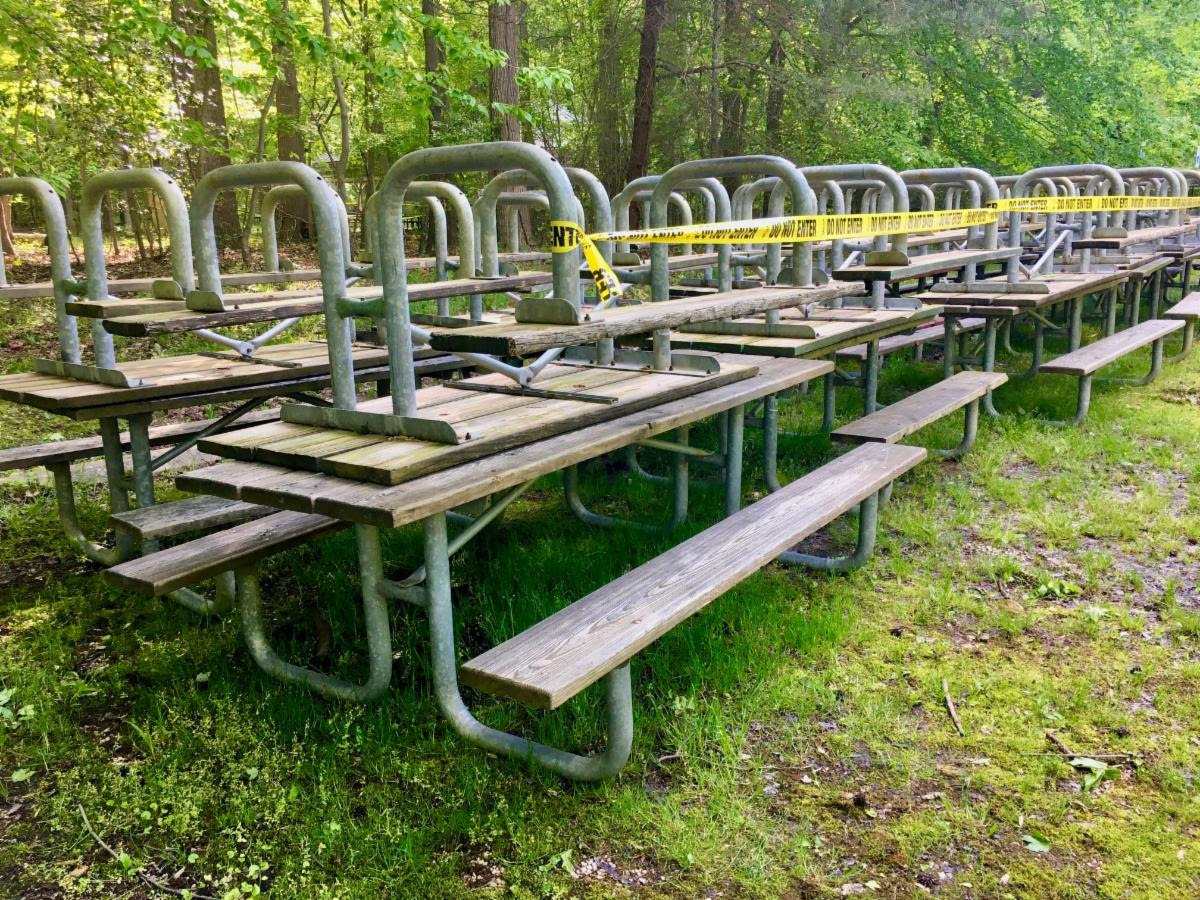 Picnic tables stacked away overnight at a county park in the Chesapeake watershed to prevent social gatherings during pandemic induced closures. (Photo: CCP/Doherty)