The Urgency of Urban Green Space 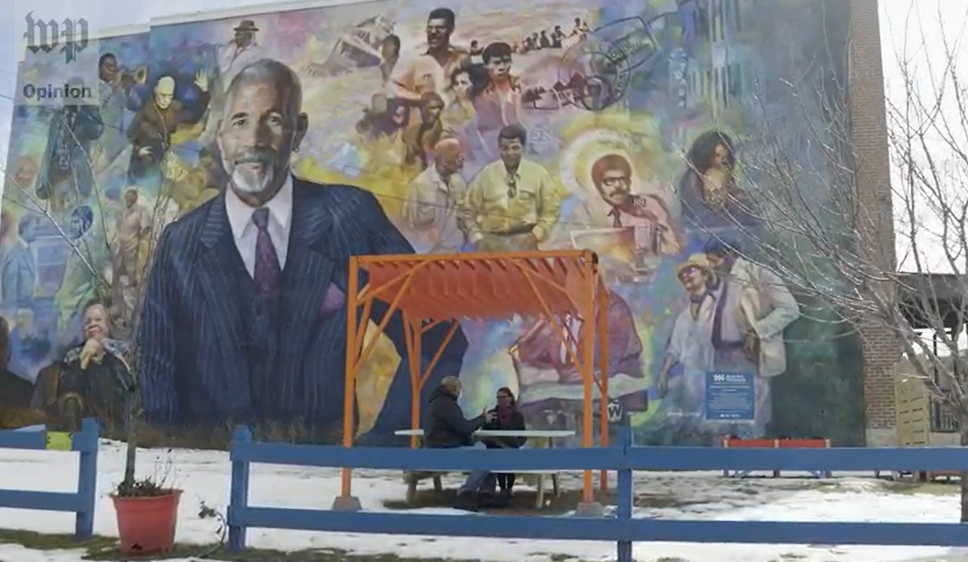 The image above is a screen shot from a compelling short video about the urgency of urban green space.
(Photo/Video: The Washington Post)

In one neighborhood on the west side of Chicago, the county and the state of Illinois spent at least $238 million over five years — not improving the neighborhood, but incarcerating its residents.

A new Washington Post series called “Reimagine Safety” includes a segment on making neighborhoods safer by changing the physical environment. The story reports on a multi-year, randomized trial in Philadelphia of the effects on safety from revitalizing vacant lots as green space. The results — over 3 years gun violence near the restored lots fell by 29%. And the cost of the intervention? $1.50 per square foot for the restoration and 15 cents per square foot for annual maintenance. A far cry from the human and financial costs of incarceration.

Dr. Eugenia C. South, — assistant professor of emergency medicine and vice chair for inclusion, diversity and equity in the department of emergency medicine at the University of Pennsylvania, and faculty director for the Urban Health Lab — walks through the issue in a compelling video (also linked to in the photo at top) and writes in an editorial:

“As a nation, we have made a choice to largely ignore what the evidence says about creating safe neighborhoods. We have declined to fund place-based interventions, such as parks and trees, that actually work to protect citizens. And through our inaction, we have decided that Black lives do not, in fact, matter as much as White ones.

“Our research has demonstrated that turning vacant land into clean and green space reduces gun crime. People living nearby feel safer and less depressed, and they forge deeper social connections with their neighbors. … Green space has consistently been associated with health benefits. Simply walking past an urban space with grass and trees calms the body, including lowering heart rates. Stress reduction and the positive impact on mental health may explain why being near trees has been associated with lower risk of gun assault among Black adolescents. In another study, we found that for pregnant women with a history of anxiety or depression, urban tree canopy was associated with less stress.

“Reimagining safety means making intentional decisions to address the root causes of gun violence through policy changes and financial investment in Black people and Black neighborhoods. … Place-based initiatives — including restorative natural outdoor spaces — should be at the top of the list.”

The examples and studies above may be from outside the Chesapeake watershed, but the factors in play in those communities are clearly true here as well. So is the need for urgent action.

There’s good work going on — here’s one example profiled just this week of a dying urban forest in Baltimore being revitalized — but much more investment is needed.