The Wonder of it All

At the end of The Great Gatsby, F. Scott Fitzgerald tried to imagine for modern readers the day 400 years ago when Dutch sailors reached Manhattan and its surroundings: “For a transitory enchanted moment,” Fitzgerald wrote, “man must have held his breath in the presence of this continent… face to face for the last time in history with something commensurate to his capacity for wonder.” 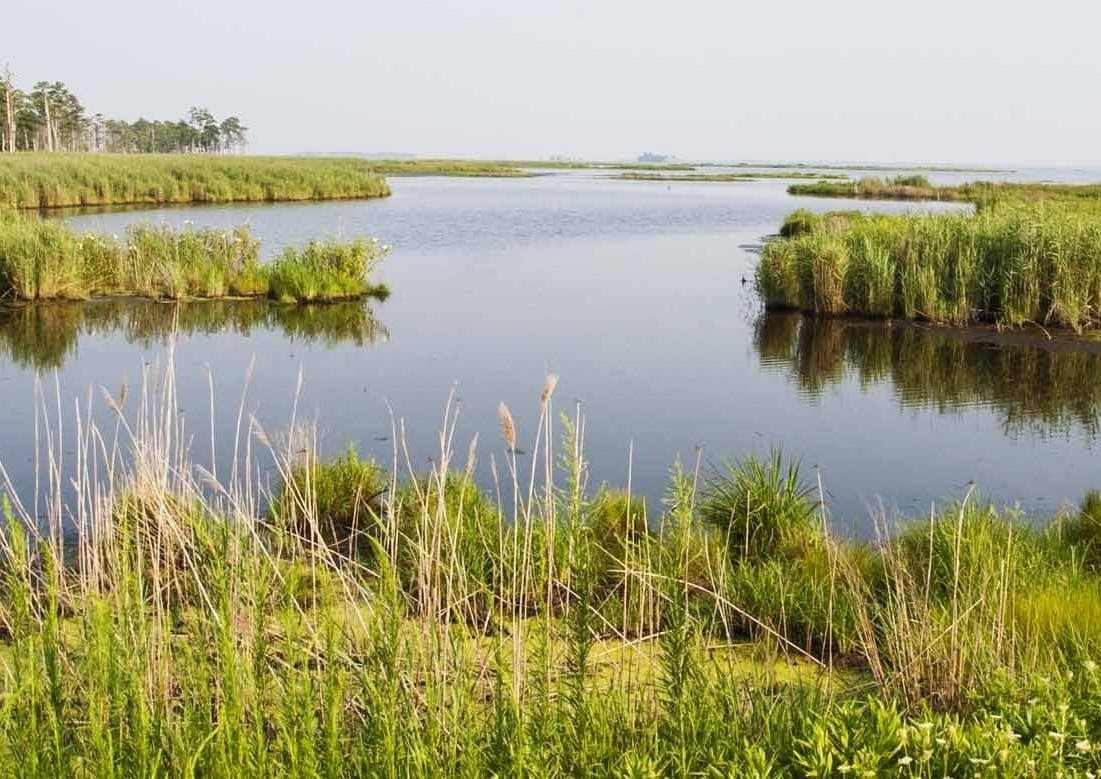 As an admirer of the Chesapeake Conservation Partnership and its efforts to protect the vast inland ecosystem that protects the Chesapeake Bay, I would say wonder is still an inherent part of appreciating, cherishing and safeguarding a place as astonishing as the Chesapeake.

Like the Dutch crewmen a couple of hundred miles north, the English settlers who, during those same years, came to the Chesapeake Bay, actually arrived heavy laden and distracted, burdened with more than 200 years of European expectations (desires, hopes, wish lists, bucket lists) of what the New World might hold in store. They came seeking another place that could be squeezed dry of plunder—the Spanish had already removed thousands of tons of silver from South America. They also came looking for the fabled Northwest Passage, a shortcut sea route to China that danced in the heads of Europeans since Columbus set sail in 1492.
But—there wasn’t any silver or gold in the Chesapeake. No passageway to China, either. What was there instead? From their oral traditions we know that Native Americans, who’d been living around the Bay for 10,000 years before the English arrived, had such a deep sense of the richness and rhythms of the landscape that their only word for winter was Cohonks, the overhead cry of the million-strong flocks of wild geese that returned each year to this cold-weather base.

The first clear written picture we have comes from the English, in the Journals John Smith kept about exploring the Bay in the summer of 1608. Oysters, he said, “lay as thicke as stones.” There were “more sturgeon than could be devoured by dog or man.” While “in divers places that aboundance of fish, lying so thicke with their heads above the water, as for want of nets (our barge driving amongst them) we attempted to catch them with a frying pan.” 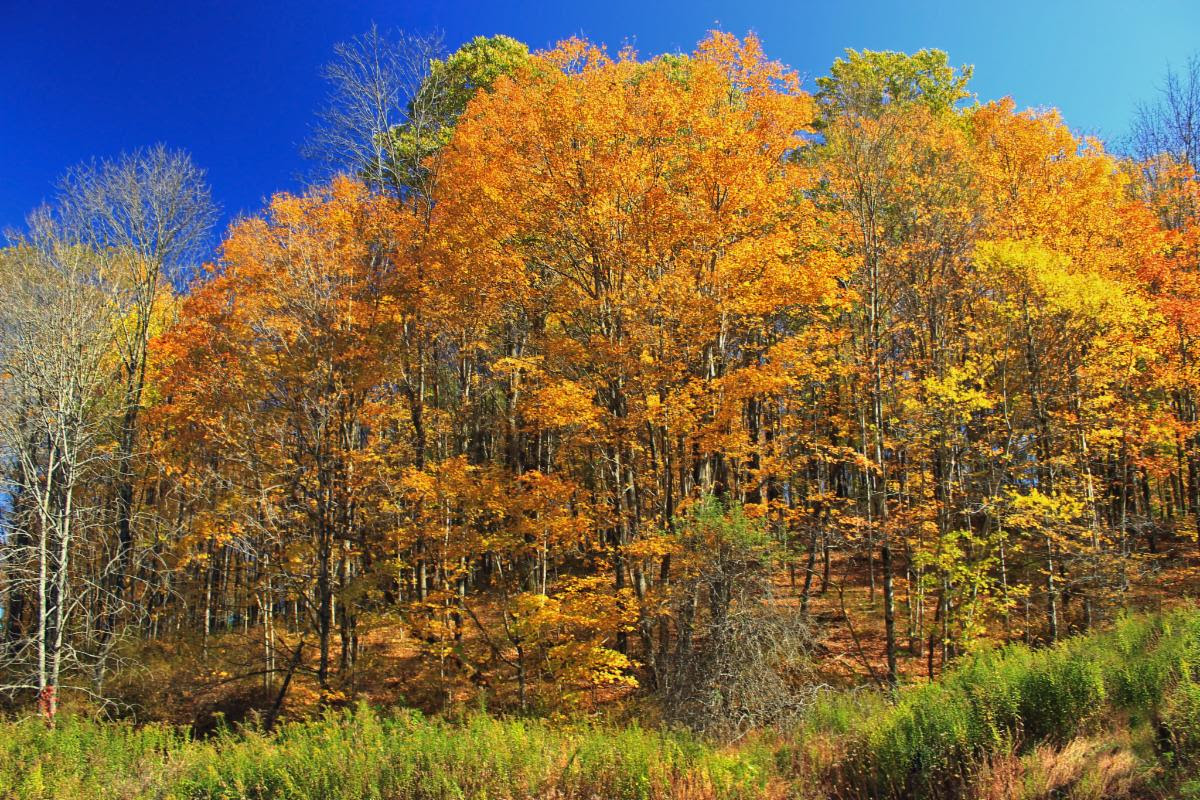 As for the land around the Bay, Smith called it “fruitful and delightsome,” a “country that may have the prerogative over the most pleasant place ever known.” He reported seeing bears, wolves and trees 80 feet high. Some historians have called Smith an exaggerator, particularly his famous story that Pocahontas saved him from certain death. It’s true that his Journals were something of a recruitment brochure, and the comments about the landscape sound almost boilerplate, tossed off and perfunctory. Even so, everything about the Bay-as-foodshed and the profusion and variety of delicious foods, not to mention the lack of effort needed to put these delectables on a plate, was electrifying for anyone tempted to cross the Atlantic.

Hunger was still widespread and famine intermittent in England in the early 1600s, and buffet and smörgåsbord and all you can eat, the very idea of abundance for the asking, were concepts that wouldn’t appear for centuries. The scientific understanding of an estuary as an essential incubator for biodiversity was itself many years in the future. But even without reference to what the Native Americans knew so well about the place, there’s genuine wonder shining through the salesmanship in Smith’s words about the Chesapeake.

The wonder persisted. Describing the herring in the Bay a century later, William Byrd II, the founder of Richmond, Virginia, said (using more than one word), “In a word, it is unbelievable, indeed, indescribable, as also incomprehensible, what quantity is found there.”

And into the 19th century as well: In 1827, a single net thrown into the Susquehanna River, the Bay’s main tributary, hauled in 15 million shad. As a 2014 celebration of the Susquehanna in The New York Times noted, in those days there was a sentry on a hillside “to watch for the moving bulge in the waters that signaled another huge school approaching,” while “traveling fishmongers would blow horns and shout ‘shad-o.’” 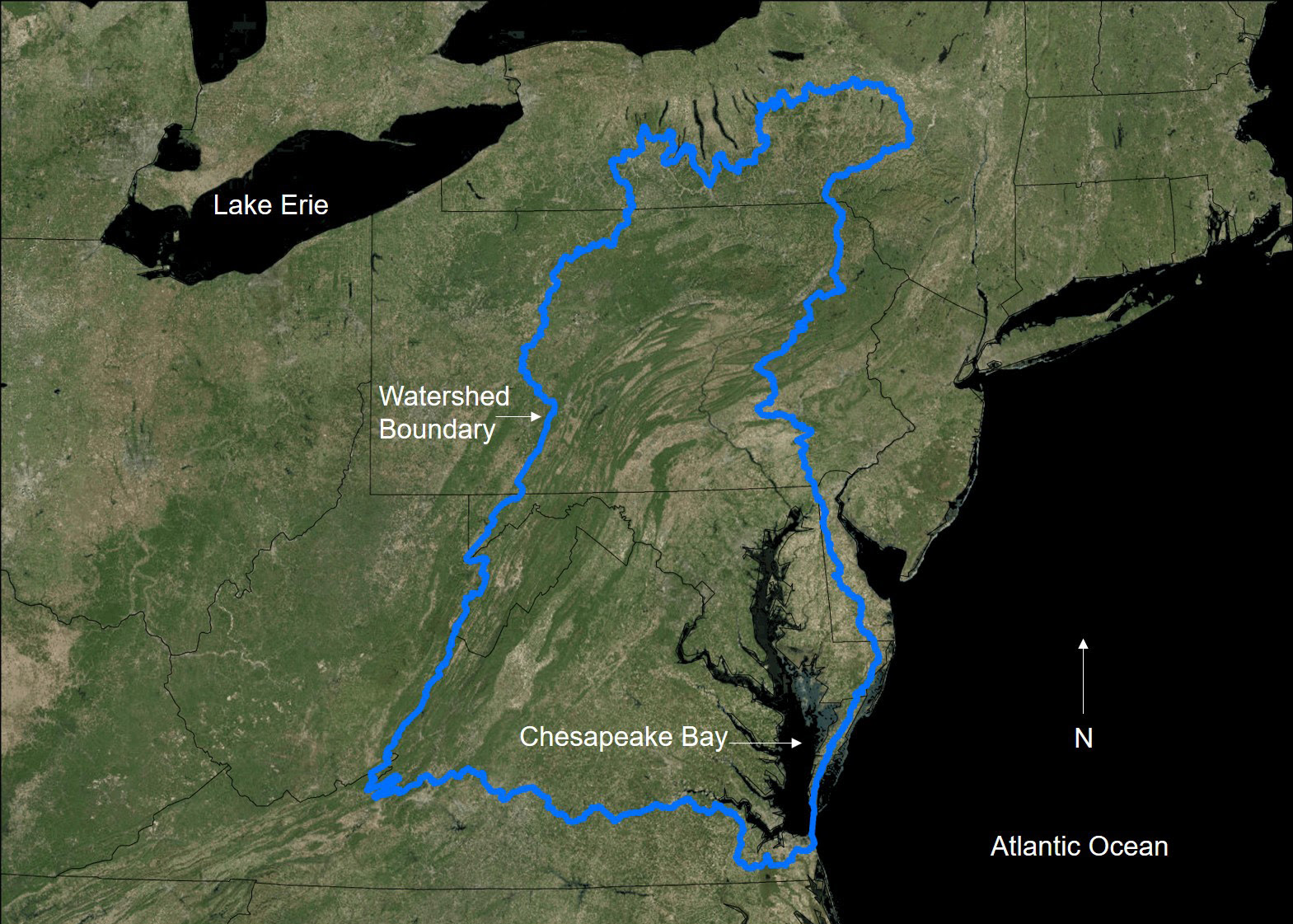 Today we have the full immensity and three-dimensionality of the Chesapeake in focus. The Bay itself is larger than Yellowstone National Park, and its health depends on the health of a watershed that covers an area almost as big as New England (“New England,” by the way, is a term John Smith coined on a later voyage). Bigger even than the watershed, the overarching Bay airshed is about the size of Alaska and extends north to Toronto.

We also know that the treasures of the Bay and its freshwater extensions need help. How to mobilize this help? It’s one thing to recognize the Chesapeake Bay as a national treasure in trouble, as President Obama did in 2009, and quite another to bring that fact into the lives of the 18 million people in the watershed, many of whom are hundreds of miles from the Bay but nevertheless live right next door to the 100,000 creeks, streams and rivers that drain into it.

The watershed, like any enormous American landscape, is a place of cross-currents, a repository of the accomplishments and stains accumulated over time. There’s Lamade Stadium, the specially built, two-thirds-sized ballpark that’s home each summer to the Little League World Series, and also Three Mile Island, site of the country’s worst nuclear accident. The watershed is where the first American slaves were brought in 1619—and where, almost 250 years later, the peak tide of the Confederacy was turned back at Gettysburg.

The Chesapeake Conservation Partnership is the coalition of foresters, farmers, land managers, and preservationists that came together in the wake of Obama’s 2009 proclamation to think about defending the larger, New England-sized watershed from further harm—a landscape which, unlike New England, doesn’t have the kind of clearly marked boundaries printed on schoolroom maps. 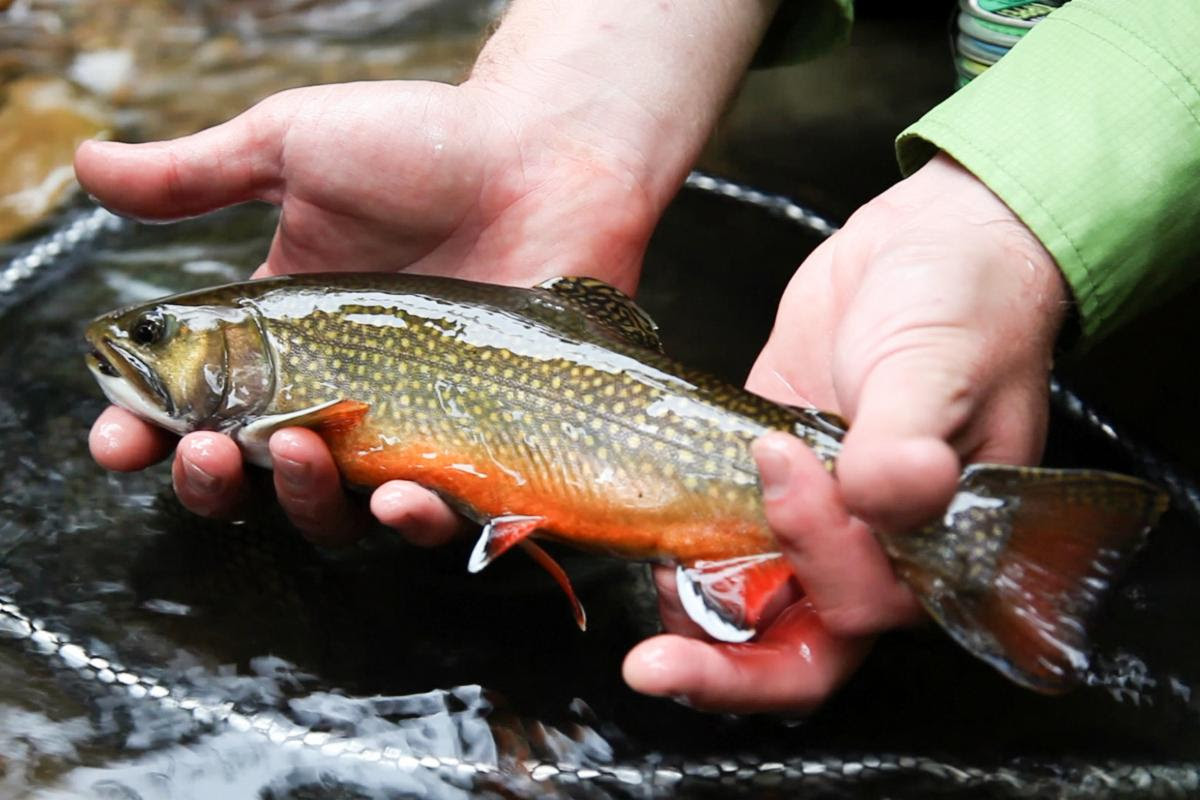 The Partnership, in addition to conveying urgent technical information about damaging nutrient flows and particle deposition, has been helping watershed people get more bifocal about what they value deep down. Seeing, for instance, that protecting the jewel-like brook trout, so prized in streams near Cooperstown, New York, helps strengthen the chances of oysters and blue crabs way downriver in the Bay that John Smith described and that successive generations of watermen and women have harvested. Some of these families are so tight-knit they’ve retained the 17th-century accents of their Cornish ancestors.

Scientific studies say that saving 50% of the planet by 2050 will keep almost all species alive. Protecting 30% of the watershed by 2030 is the immediate CCP Goal – up from 22%, the current total, a steep-enough climb but one the Partnership feels confident about. Linking the area to one more beloved, iconic species may not be nearly enough. They’re easy enough to find, like the woodcock, which needs young forests to thrive – a round brownish bird whose sky dance is one of the marvels of springtime. Or the wood thrush, whose haunting, flute-like calls echo through deep woods at dusk and dawn. 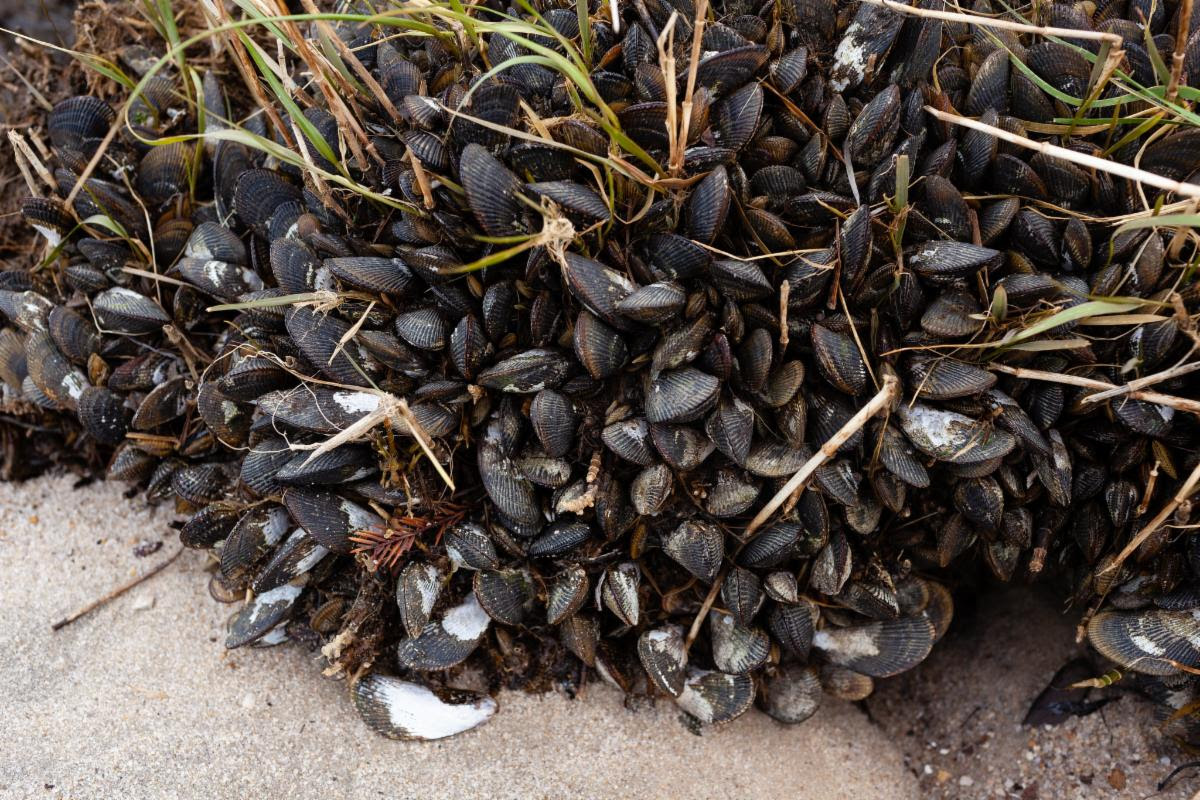 Some Bay scientists propose the freshwater mussel as a mascot. This humble mollusk, overlooked because it’s small, not much to look at, and doesn’t taste good, can filter as much water as an oyster. This makes groups of them keystone communities that in a single summer can remove 26 tons of murk from a river.

The mussel is endangered because of its own brilliant adaptation. A mussel has a stumpy foot that lets it move around only a few inches, but it can extrude a small extension, which looks so much like a minnow (there seems to be an eye, fins, and a tail) that a fish will bite it. Instantly this releases a cloud of mussel larvae that attach to the fish for several weeks while the larvae mature. Fish are the blimps overhead that carry mussels miles upriver—except that some of these fish have troubles of their own, including being blocked by dams we’ve thrown across watershed rivers.

It’s a wonder—we share the planet with a practically immovable organism that has devised a way to hitch a ride and become a long-distance swimmer. Wonder that can spur us to action, to help protect the mussel, and many other possible mascots, and the entire Chesapeake ecosystem. Wonder that can work wonders.

Tony Hiss’s new book is “Rescuing the Planet: Protecting Half the Land to Heal the Earth.”