The Yearly Return of the Ospreys

Ospreys have returned to Chesapeake waters to breed. This one, photographed last week in the mid-bay region is already collecting sticks as nets-building material. (Photos: Clandestine Wren Photography)

This is the second in our new Monday series that simply takes a moment to help us revel in the magic and beauty of the Chesapeake watershed landscape.

Ospreys, the once abundant, then rare, and now again plentiful birds of the water are returning to the Chesapeake for the summer.

They’ve come a long way in a short time. See the 2015 spring migration route of one Chesapeake osprey (and check out even more fascinating movement information on this bird here).

Near the water in the mid-bay region, it’s already hard not to spot (or hear) an Osprey. One of us saw seven in the field of a single binocular view. And you can already follow an osprey pair in real-time at the Chesapeake Conservancy’s Ospreycam.

Ospreys are a classic conservation story. By the 1950s, their numbers had plummeted. With banning of the insecticide DDT following publication of Rachel Carson’s Silent Spring, Ospreys began a steady rise, increasing by 2.5% per year from 1966 to 2015.

The resurgence of a species from peril–peril caused by human action and peril eliminated by human leadership–is a reminder of what is possible to accomplish. The reappearance of a Chesapeake icon each spring is a breath of fresh air feeding the human spirit. 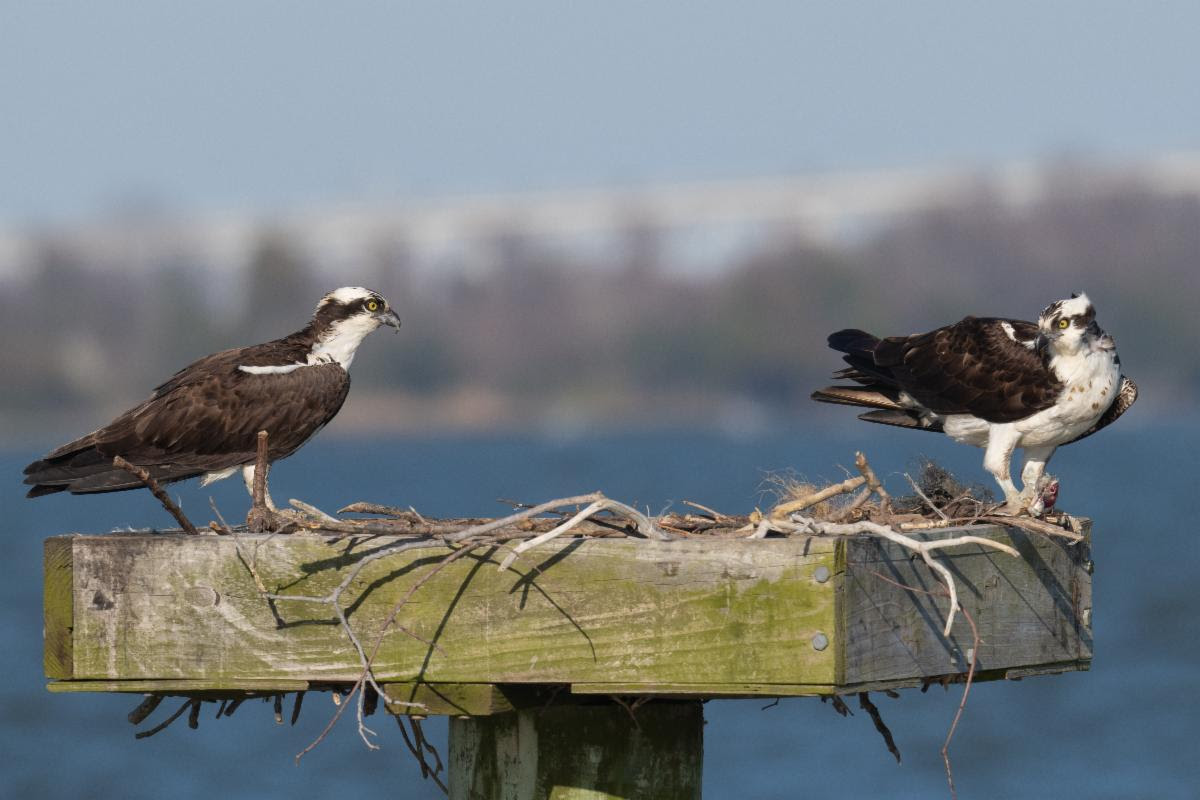 An Osprey pair off Greenbury Point (MD) last week. If we didn’t know better, it almost seems as if even they are practicing social distancing!