Through an Open Window 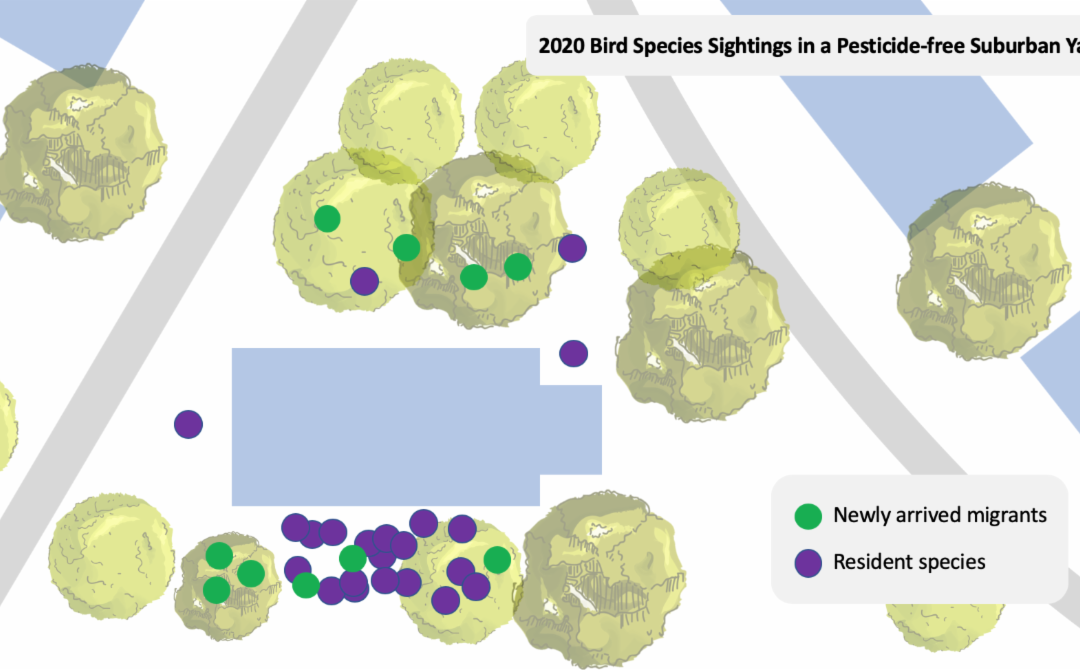 What’s right outside the window in a suburban yard? The year-round resident bird species might be more than you expect. But, now the magic is expanding dramatically as new migrants arrive daily.

In the recurring theme of “there’s a lot going on around us we might be missing,” what’s happening just outside our own windows? It could be pretty spectacular.

The tiniest of long-distant migrants are continuing to arrive in the Chesapeake watershed daily, some later than usual because of the cold spring. They make an appearance anywhere they can find food to fuel their journey. Which means in suburban yards and city parks, too.

And they are hungry! Warblers, only 4-5 inches long and weighing less than half an ounce, eat 1.2 to 1.7 times their weight in caterpillars daily. One Black and White Warbler was observed eating 28 caterpillars in 10 minutes.

So, which ones are just outside right now? How spectacular are they? Take a look at three warblers seen through the open window at the same time one day last week. 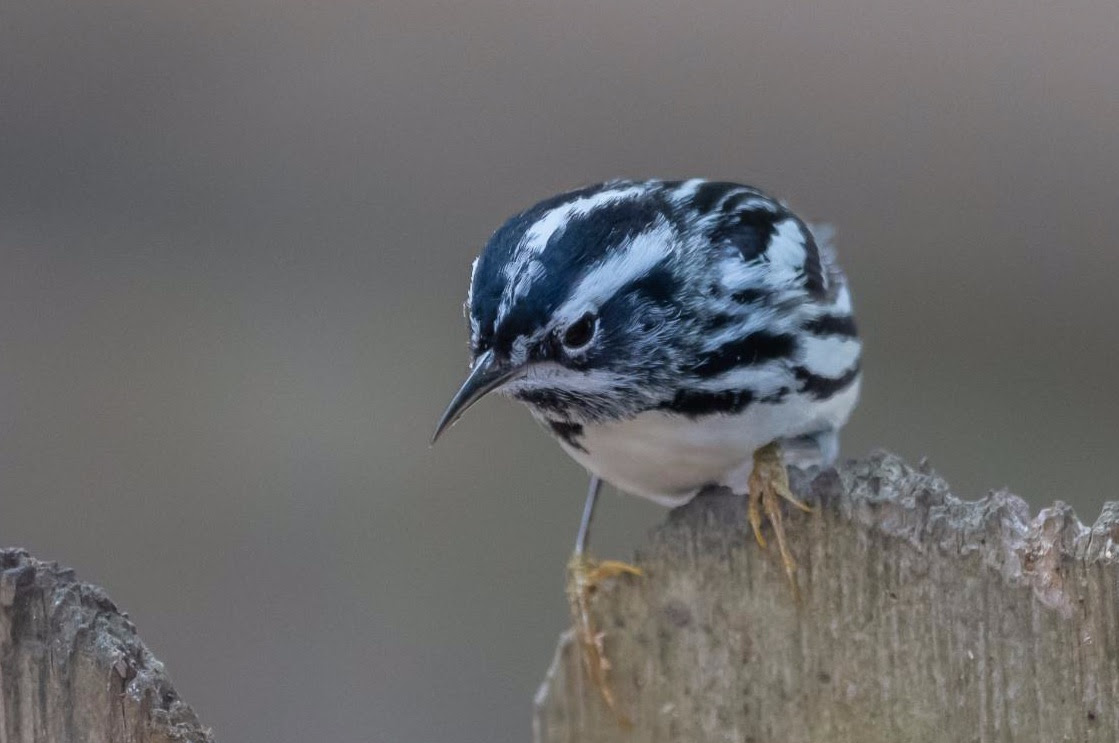 A Black and White Warbler, usually seen feeding up and down tree trunks and limbs, hopped down on a fence to dive for flying insects. The oldest known Black and White lived for at least 11 years, migrating each year between Central America and Pennsylvania. 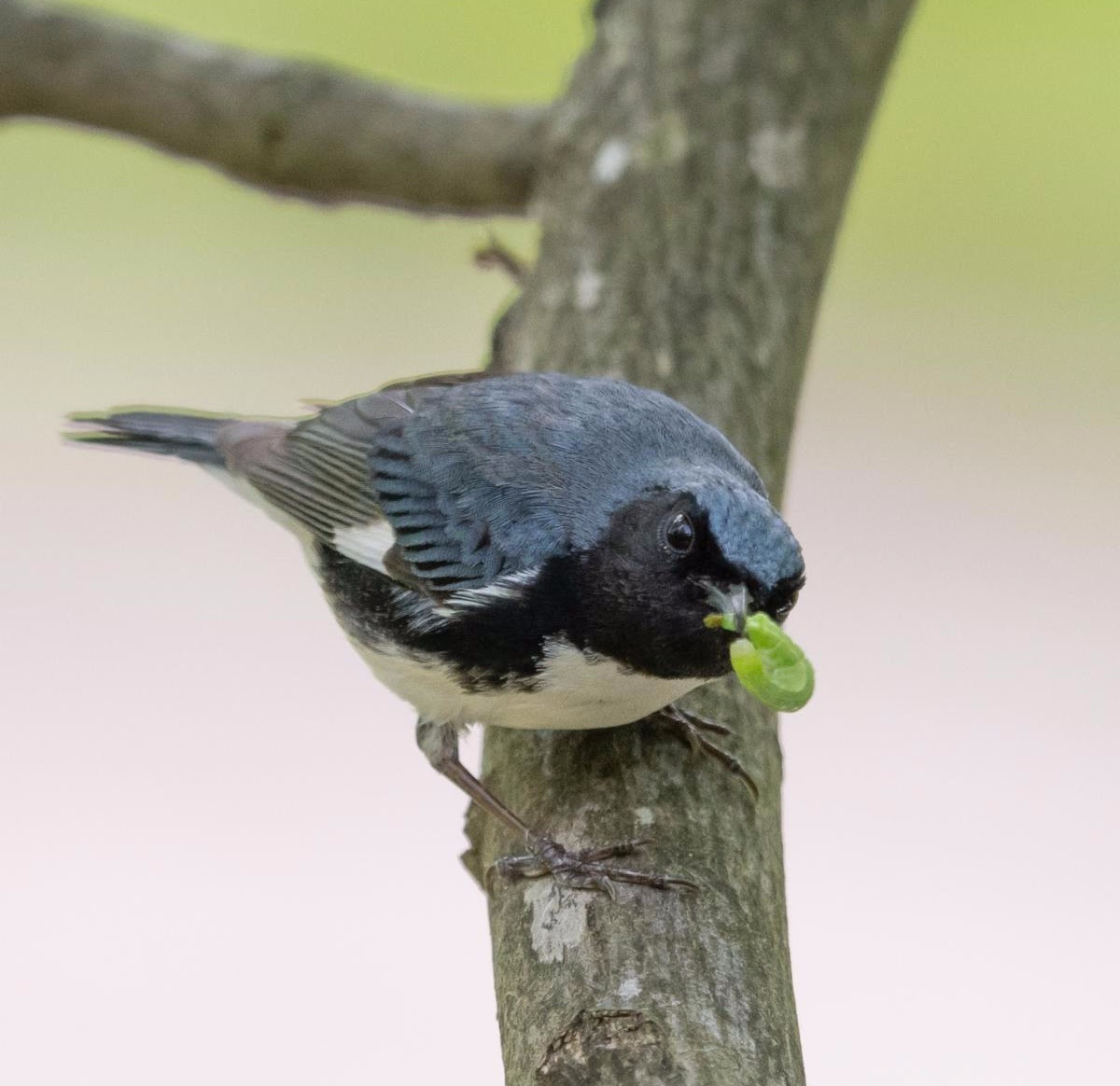 The male Black-throated Blue Warbler has just returned from wintering in the Caribbean Islands. Right outside the window, he’s pretty much an eating machine, gobbling down caterpillars. 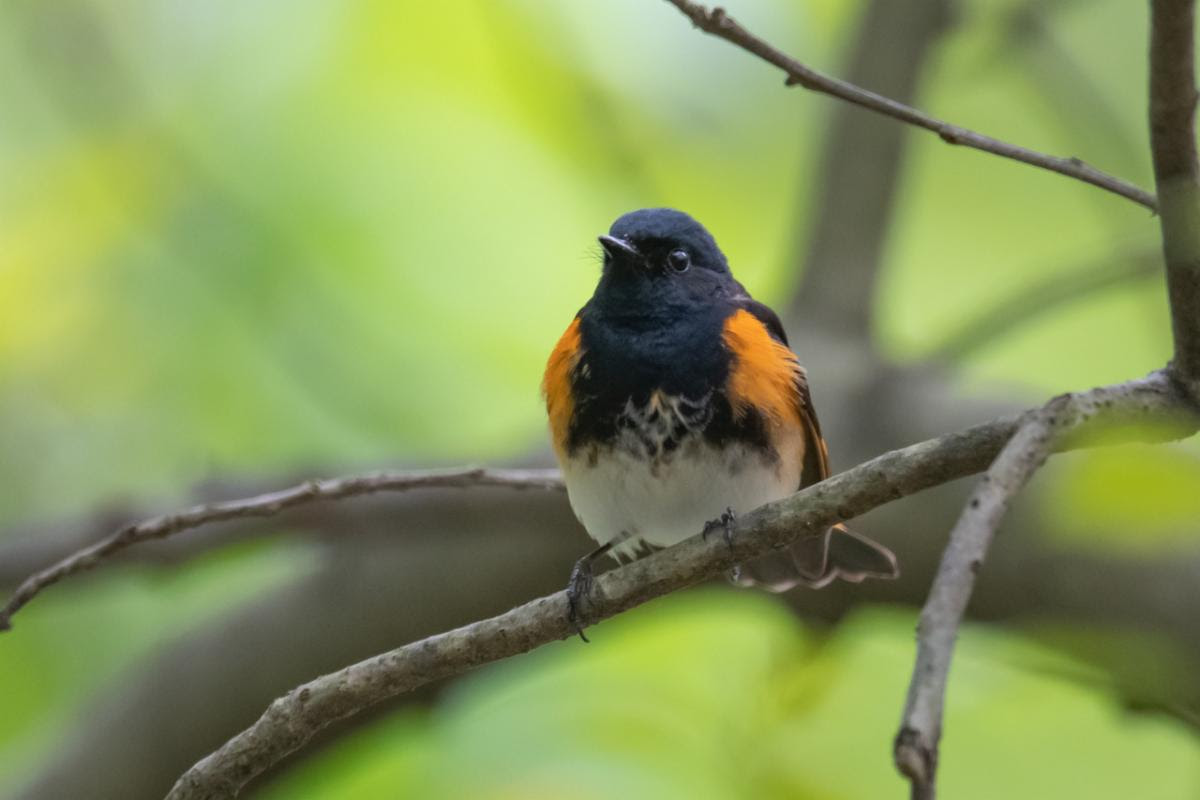 A flashy male American Redstart did his feeding from the nearby tree. He too just recently returned from the Caribbeans or Central America. Redstarts breed throughout the Bay watershed.

All three of these magical birds present in the same moment just feet apart in a suburban yard — it’s a remarkable time of year in the Chesapeake watershed.

And it’s a reminder of how interconnected we are. Humans and wildlife. One continent and another. The ecological system overall. Birds around the world consume 400 to 500 million metric tons of insects annually. Without them, our system collapses. If insect populations decline dramatically (as they appear to be doing), bird populations do the same.