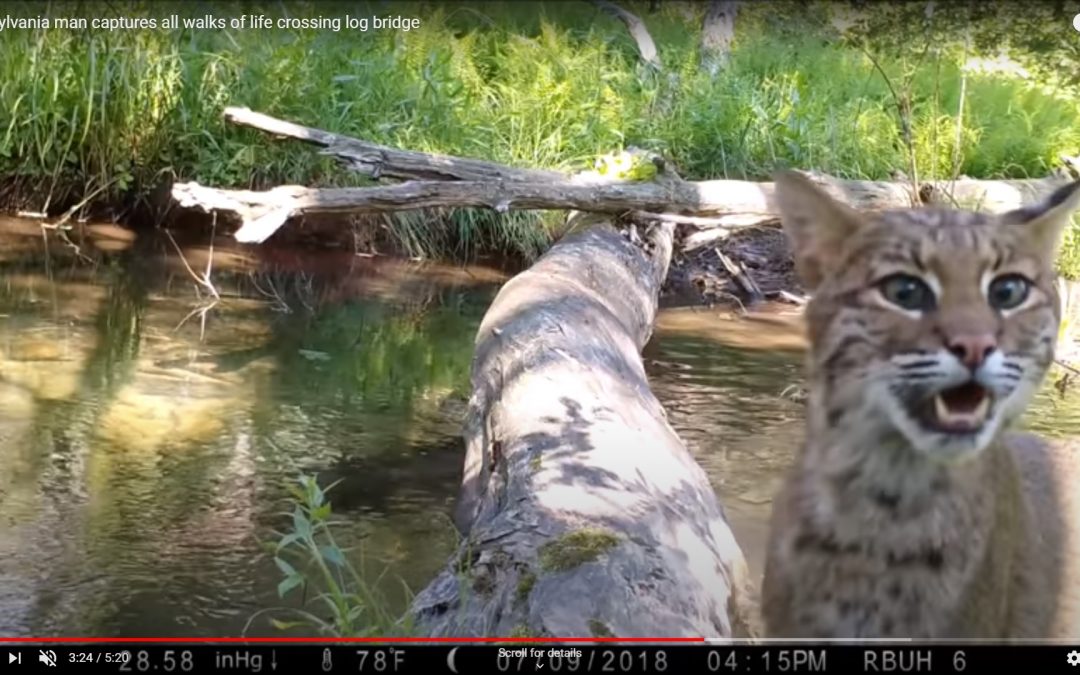 Let’s start with this. It’s remarkable and it feels good. It’s a 5 minute reminder of how much is often unseen. And for conservationists like us, it’s a sign of the wildlife corridors all around, even at this micro scale.

Last week’s Lightning Update recognized we are all in the midst of some turning point. That’s how big this pandemic is. We shared part one of a piece from Future Crunch on the magnitude of the moment. They have now added part two. Here’s the whole story. It’s worth the time, as it sets context and provokes us to rethink.

As conservationists across a large landscape, there’s a lot of rethinking we seek to foster. One area is our relationship with wildlife and habitat. (We’ll touch on other areas in the future!)

Spring, with it’s burst of observable migrants–over 3 billion birds are migrating in North America right now, always brings wildlife to mind. Yet, as we’ve been exploring in recent editions of Monday Magic, so much is often unseen.

The video above, of the smallest of wildlife corridors–a single log–is a remarkable example of this. Who would know how species many pass by this Pennsylvania stream?

Here in the Chesapeake watershed we do think of the migratory movements of birds and fish. But seemingly less so of mammals and other species. But they do move, even amphibians(how about this headline: “Sex-starved amphibians shutting down road“!).

And we–actually, our vehicles, roads, and buildings–are often in the way. Three Chesapeake watershed states (West Virginia, Pennsylvania, and Virginia) are among the highest risk states for animal/vehicle collisions.Ten percent of all deer collision insurance claims in the nation occur in Pennsylvania (141,000 each year). It’s not just deer. A study of 1,837 cases of road kill in a Virginia county found 64 different species (1,415 mammals, 188 birds, 105 reptiles, 122 domestic animals and 7 frogs). Each year bird/building collisions kill 366 million to to 988 million birds in the United States.

But it doesn’t need to be this way. We actually know what needs to be done.

There is plenty of research, plus design guidelines, and increasingly legislation, to reduce increase building safety to reduce bird collisions. 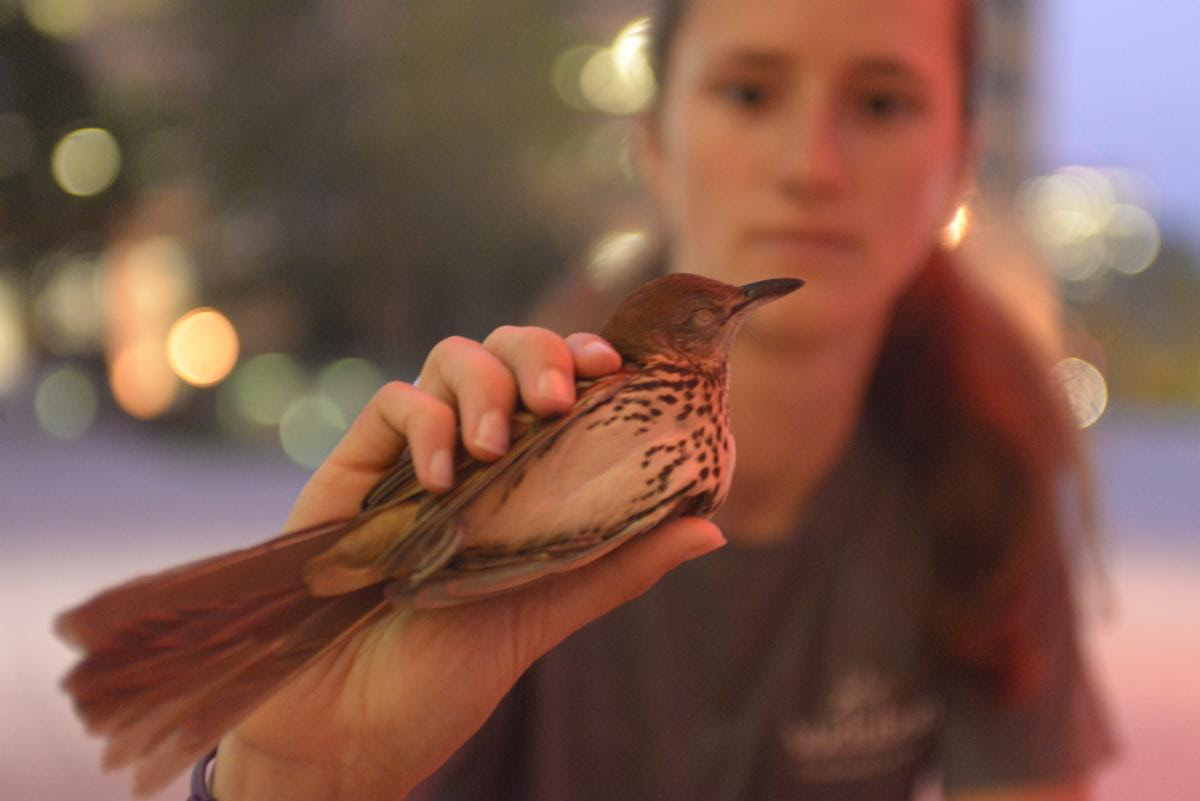 A volunteer with Lights Out Baltimore, collects a Brown Thrasher that collided with a window. (Photo: Christina Tkacik/Baltimore Sun) 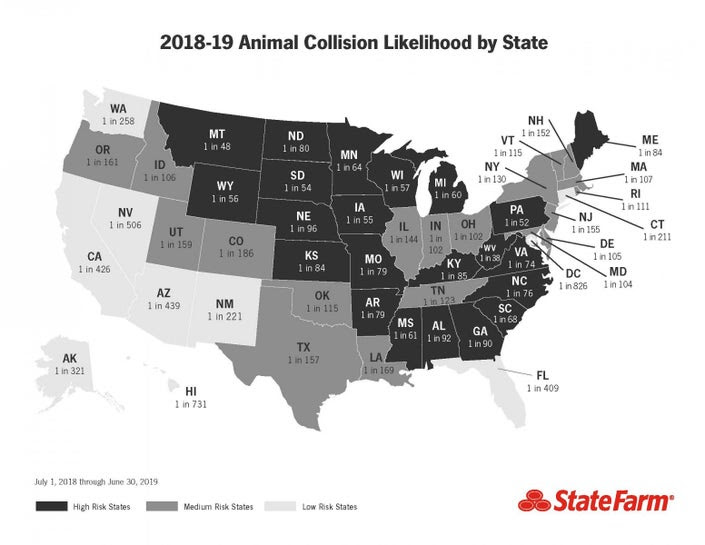 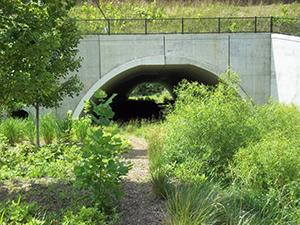 The same is true for eliminating the barriers roads and fences create for wildlife movements, the significance of which cannot be underestimated. See this vividly mapped example from the western U.S of the movements of a single pronghorn antelope and the barriers created by Interstate 80.

There are increasing examples of wildlife crossing structures allowing animals to pass over or under roadways. Some were implemented in Europe in the 1950s and in the U.S. almost four decades ago. Despite the attention focused on western migratory mammals, these structures are relevant in the Chesapeake watershed as well.

Maryland’s Intercounty Connector includes bottomless culverts and fencing to guide animals to them. Even some existing structures work: a 10 by 12 by 189 foot tunnel under Interstate 64 in Virginia, built in 1968 as a cattle underpass for an adjacent farm, has almost eliminated deer-vehicle collisions in the vicinity.

Still, examples of good wildlife protection and habitat connectivity remain too anecdotal and not yet systematic and comprehensive. It seems we can and should do better in the future.

The Chesapeake Conservation Partnership has mapped priority habitat hubs and corridors; so far only 44 percent is protected. Yet, have there been comprehensive analyses of connectivity, wildlife movement, collisions, and physical barriers? And plans to retrofit existing structures? In today’s world the data is not hard to collect.

Legislation is underway at multiple levels to promote just this, with Virginia leading the way. A new wildlife corridors law requires a wildlife action plan to identify corridors and recommend wildlife crossing projects. In Pennsylvania, House Resolution 670 is introduced (but not passed) to require a connectivity study. At the federal level, the Wildlife Corridors Conservation Act has been introduced, but not yet passed. There’s a growing push on safe skies legislation too.

Perhaps the soaring interest in birds as a result of the pandemic–downloads of bird identification apps doubled in March and April over last year, and binocular sales increased 10 to 15 percent–will be one factor helping stimulate a long-term realignments towards connectivity. We should use the moment. Anything is possible. See below. 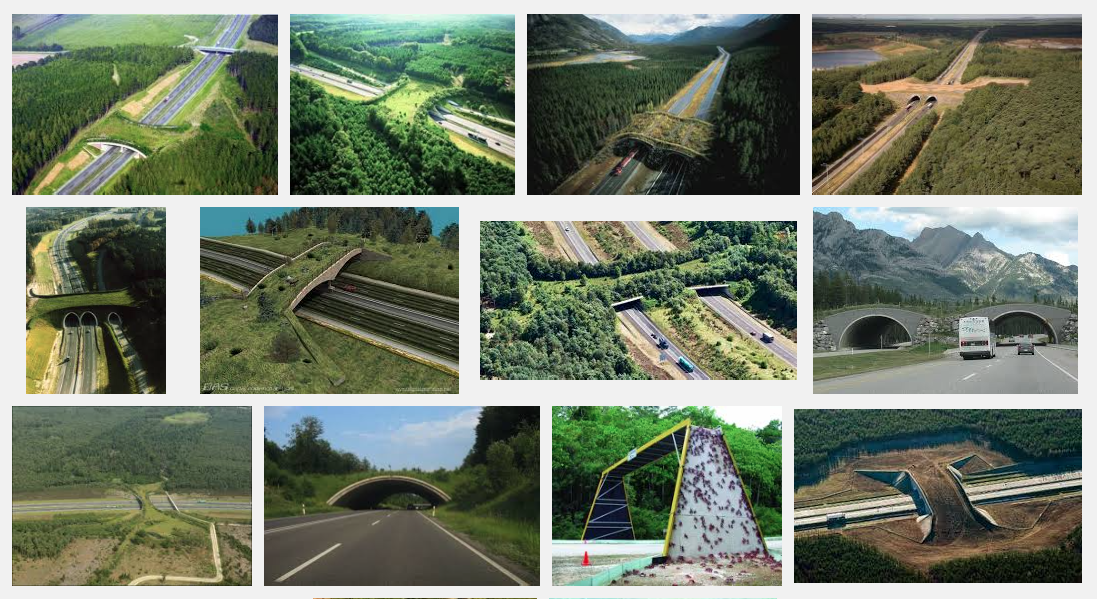