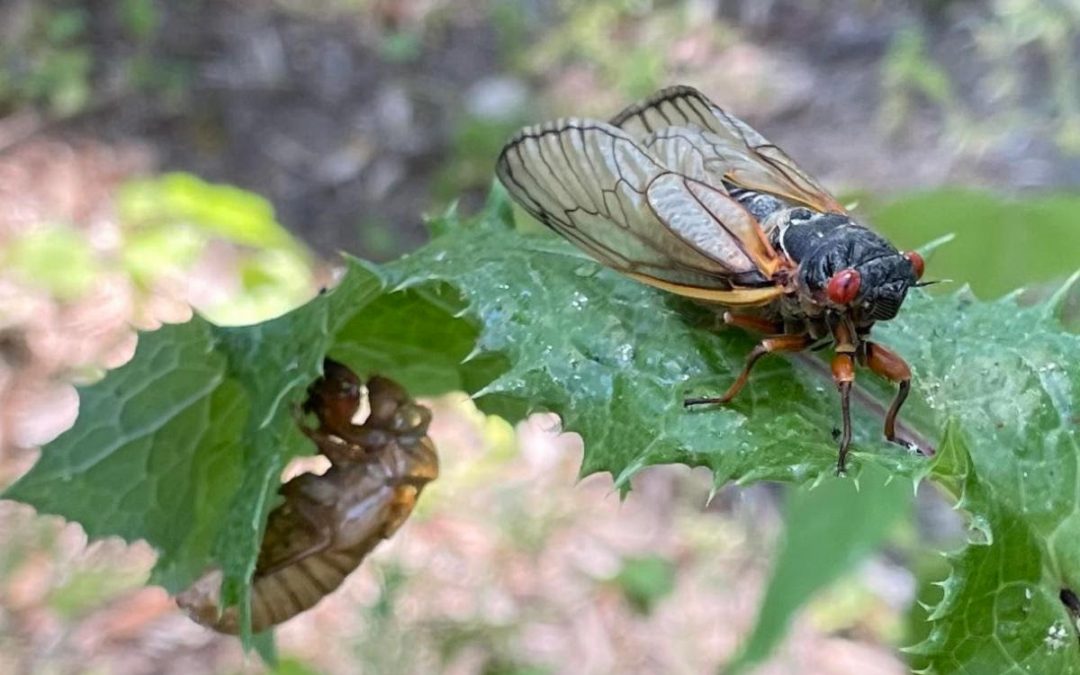 Cicadas were the undisputed “Bug of the Summer” this year.
Credit: Britt Slattery

They appeared in a flash and took over much of the watershed with their cries and swarms, but then just as quickly they’ve faded from our public consciousness to restart their seventeen year cycle leaving behind just a few wings flittering down the street, stuck to the bottom of a closeted shoe, or (as this author recently saw) floating en masse in the Bay. Of course we’re talking about the much-heralded brood X cicadas that emerged this summer and sent the whole region into a tizzy. They were a treat and source of endless fascination for some, a means to engage people in community science to track them, and a gross unnecessary trick of Mother Nature to others. But cicadas are far from the only summer bug. Many insects, arachnids, and other similar creatures emerge or become especially prevalent in the summertime. Perhaps the best-known example is fireflies, which for so many brings back memories of childhood summers frolicking through the twilight to catch the bright little sparks in their cupped hands.

Other bugs that are especially prominent in the summertime include crickets, katydids, and grasshoppers. Of course, there are also some less than pleasant characters (assuming you think any bugs are pleasant), such as mosquitos and ticks. For these, the best protection is to wear long clothing and consider repellent sprays. Farmers know that summer time is when both pests and beneficial insects can become prevalent, such as Harlequin bugs, which eat brassica crops (plants in the cabbage and mustard family, cruciferous vegetables), and praying mantises, which emerge in late spring but spend the summer as nymphs eating small insect pests like aphids.

Butterflies are another favorite summer friend. Butterflies, moths, and bees are some of the many beneficial insects that serve as pollinators, along with bats (another summer critter suffering from a love-hate relationship with humans). Without them, we wouldn’t have flowers or most food sources that sustain us. Germany has recognized the critical importance of pollinators and is taking drastic action to protect its insect populations, especially pollinators. 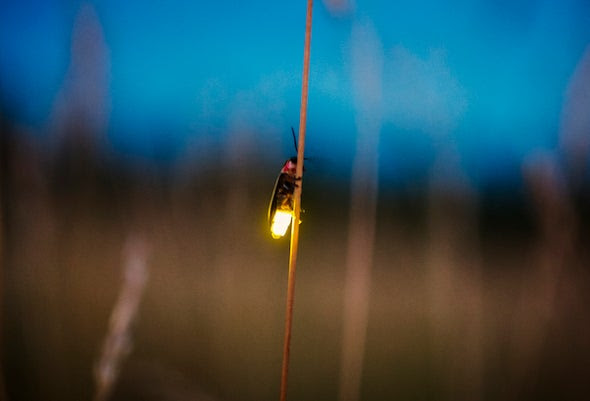 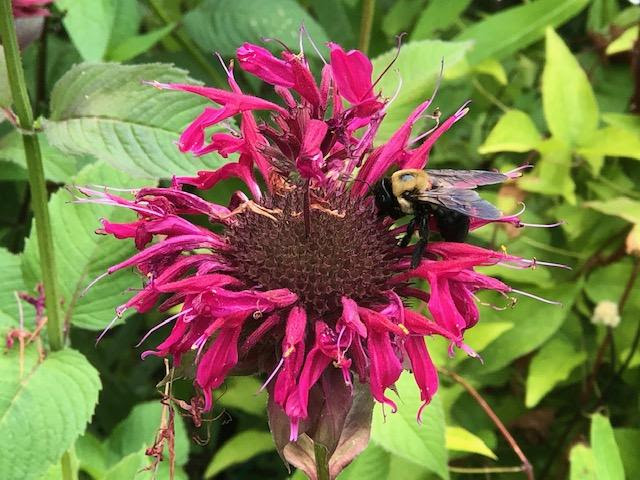 Unfortunately, these quintessential summer experiences may be at risk as insect populations worldwide are plummeting. You may have heard of declining bee populations, but all sorts of diverse insect populations seem to be decreasing, including fireflies. This phenomenon is even noticeable anecdotally to amateur community scientists, such as through the Windshield Phenomenon. Some researchers do dispute how widespread the issue is. We at the CCP do not claim to be entomologists able to arbitrate that disagreement, but it is beyond doubt that some insect populations are shrinking. This must be addressed urgently because once the species are lost, they’re gone forever. Even entomologists who doubt an overall decline point to a clear issue in the areas of the world most touched by humans, such as western Europe. This could show an important role for land conservation in saving us from an insect apocalypse.

The CCP’s work may have the potential to help combat some of the causes of the decline. While entomologists disagree about the exact causes, there is broad agreement that habitat loss is an important one. As if we needed another reason to hail our land conservation efforts, they may be helping save some of our lovable summer bugs. Tying land conservation to quintessential summer experiences with insects is another way to enlist the interest and support of the public, especially riding on the recent wave of attention to cicadas. Though, maybe this will only work for those who aren’t glad the cicadas are finally gone!