The Chesapeake Bay, the largest estuary in North America extends more than 11,000 shoreline miles and encompasses 64,000 square miles in 6 states and the District of Columbia. The watershed – the Chesapeake Bay, its major tributaries, and the surrounding landscapes – has long been regarded as an ecological, cultural, and recreational treasure of national and international importance.

Efforts to conserve the Chesapeake landscape have evolved over time in a series of phases. The earliest followed a period of rapid deforestation in the late 19th century and resulted in the growth of national and state forests throughout the region. From the 1930s through the early 1960s, the creation of new state and federal public parks largely characterized a second phase of conservation. From Shenandoah National Park in 1935 to dozens of new state parks in Virginia, Maryland, and Pennsylvania, many took their form from work by the Civilian Conservation Corps during the Great Depression 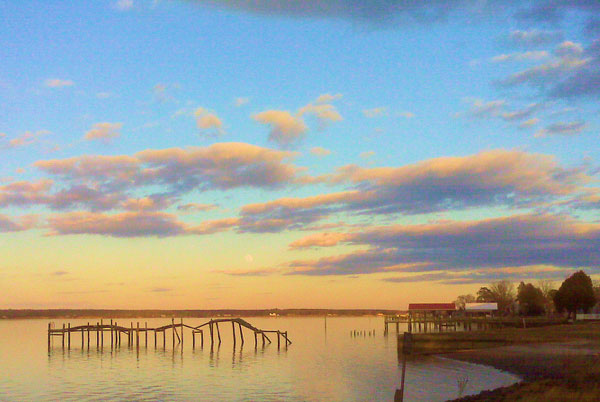 A third phase of conservation began in the 1960s and continues today. Several factors characterize this phase: (1) innovative land protection initiatives at the state level; (2) the growth of the nonprofit land trust movement; and (3) the development of collaborative partnership landscape conservation efforts.

The Chesapeake region has triggered state‐level innovations in land conservation for decades. The Virginia Outdoors Foundation, established as a public body in 1966, has protected more than 600,000 acres through conservation easements, many facilitated by the state’s groundbreaking Land Preservation Tax Credit Program. Maryland’s Program Open Space, established in 1969 as a dedicated funding source for land conservation, has successfully protected over 350,000 acres. Another nationally renowned leader, the Pennsylvania’s Farmland Preservation Program, has protected over 35,000 acres since 1989.

This phase also experienced a surge in the growth of land trusts in the region, mirroring a similar pattern nationwide. Today, more than 170 land trusts exist in the Chesapeake watershed. These include large state chartered institutions like the Virginia Outdoors Foundation and the Maryland Environmental Trust, but also entirely independent organizations often structured around particular geographies, such as the Eastern Shore Land Conservancy, which manages 52,000 acres.

Finally, the past three decades witnessed an evolution of multiple permutations of collaborative partnership conservation efforts. Beginning in the 1980s, state and national heritage area movements drew together cultural tourism and conservation in an intentional and strategic way. Pennsylvania and Maryland led the effort by focusing on distinctive large landscapes through state heritage area programs created in 1989 (PA) and 1996 (MD). Pennsylvania also established a Conservation Landscapes Initiative in 2005. Congressional designation of national heritage areas—driven by local demand—has fueled this as well. The Shenandoah Valley Battlefields National Historic District was established in 1996 and the 3.4 million acre Journey Through Hallowed Ground National Heritage Area and Scenic Byway in 2006, both of which are entirely within the Chesapeake watershed. Federal agencies remain key partners and leaders in many of these conservation collaborative partnerships. 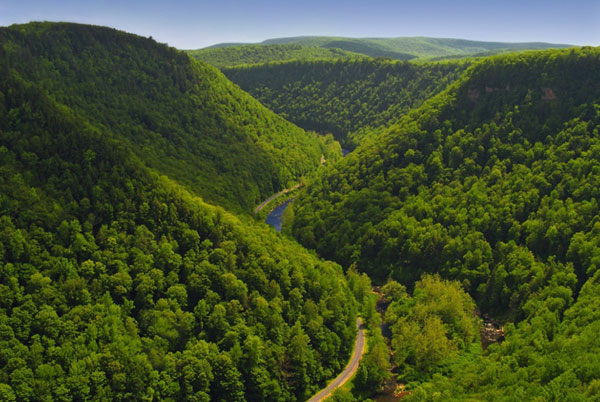 The US Fish & Wildlife Service embraced landscape level partnerships through the Rappahannock River Valley National Wildlife Refuge (NWR), established in 1996, and the expansion of Blackwater NWR in the Nanticoke River watershed.

Most recently, the designation of Fort Monroe National Monument in 2011 and Harriet Tubman Underground Railroad NM in 2013 created new NPS units that directly involve multiple partners. Concurrent with the growth and evolution of landscape conservation in the region, the Environmental Protection Agency and the Chesapeake Bay Program have spearheaded a three decade effort to address water pollution in the region. In 2000, the program formally recognized the importance of land protection to water quality, setting a goal of protecting 20% of the watershed by 2010. That goal was attained, with an average of 125,000 acres protected each year between 2000 and 2009, mostly through state and local land protection programs and nonprofit land trusts. By 2010, 7.8 million acres in the watershed were permanently protected.